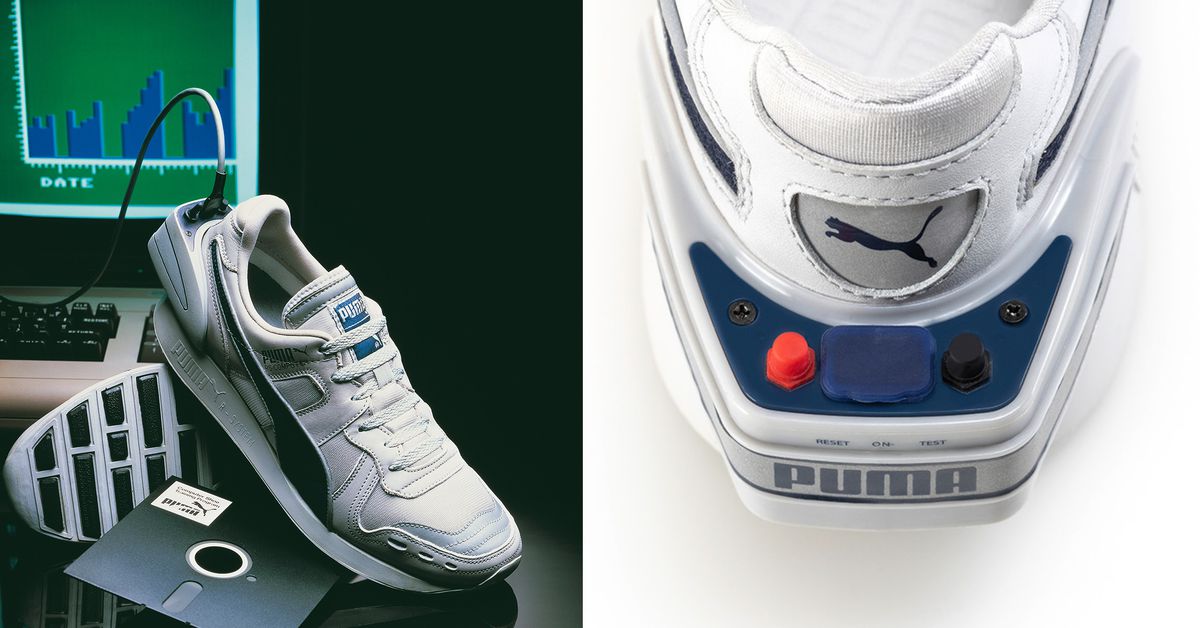 Puma rereleasing and limited round of his RS-Computer running shoes in 1986, which had a computer chip built into its lumpy heel module to detect distance, time and calories. Runners could connect the shoe via a 16-pin connector to any Apple IIE, Commodore 64 or IBM PC to view their data. You can see "The PC loaded with special software" in the video above, which is just a charming blue screen that shows simple training data.

The updated version keeps the look of the original, but it adds new features like a three-axle accelerometer, LED indicators, a USB port for charging, and Bluetooth to connect the shoe wirelessly to the phone. Puma publishes only 86 individually numbered pairs that will be sold at Puma stores in Berlin, Tokyo and London, as well as KITH dealers. They are on sale December 1

While Puma calls his RS-Computer shoe (RS stands for "running system") "The world's first computerized running shoe" It is a requirement that is only partially accurate. Adidas launched its Micropacer shoes two years earlier in 1984, as a registered distance, continuous pace and calories burned through a left-hand micro sensor and it showed the data on a screen on the shoe's tongue. However, there were no gates to connect the shoes to a computer.

Nevertheless, RS computers were no doubt in advance. Even though we now have wearables to track our training data, Puma has released different models of its RS shoes over the years for fans of the nostalgic design. RS-0 was released in April, and a collaboration with Ader Error gave RS-100, which updates the same blocked design with updated colors.