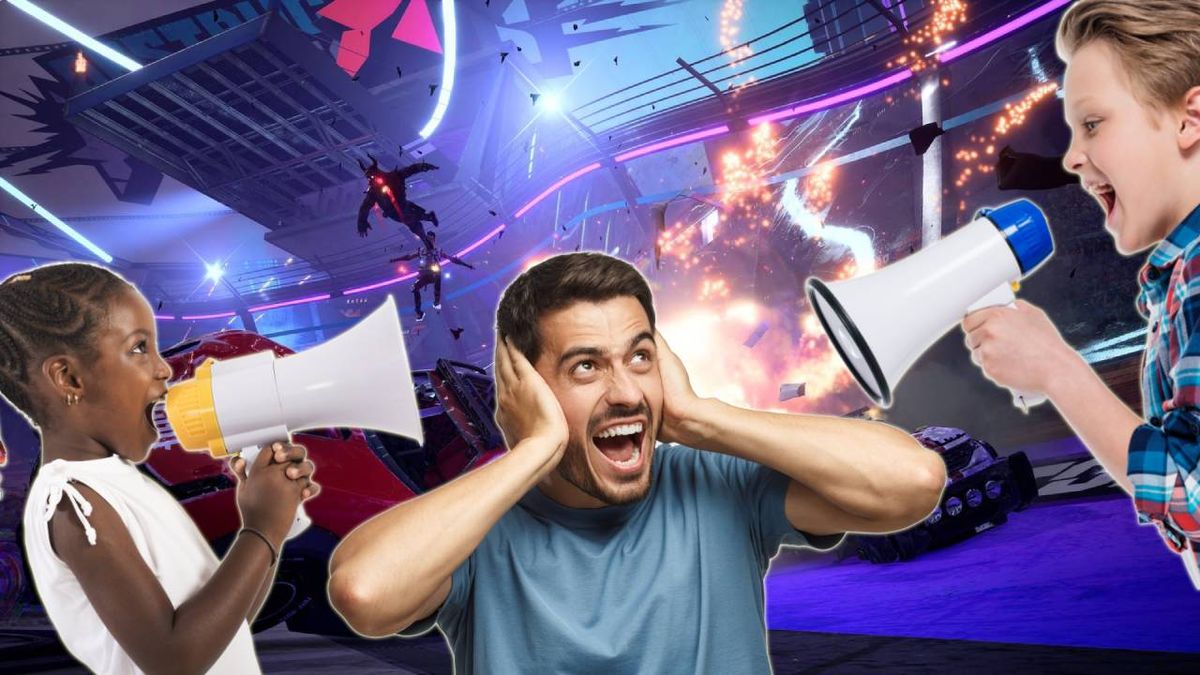 It did not take long, but the microphone of the PS5 DualSense controller has already exceeded its welcome – and we can all thank Destruction AllStars for that.

Until last night, every time you started a match, you were forced to push into a game chat with your teammates, whether you liked it or not. And that’s when you will feel the awful impact of Sony’s decision to plug a microphone into the new controller in full power, which, I should note, is turned on by default for most users.

Before I could understand what was happening, Destruction AllStars transported me back to 2005 when I decided to try Xbox Live for the first time. My ears were bombarded with a cacophony of noise that consisted of controller clicks, random yelling, babies crying, god awful background music, and of course, awful slurping. I could have sworn I was playing Project Gotham Racing 3 again.

Fortunately, developer Lucid Games as acted quickly, and you will no longer drown by a thousand strangers when you play Destruction AllStars. In fact, it turns out that this social anxiety-provoking nightmare of placing yourself in a mass party was actually a mistake.

Thanks for all the feedback so far! We are aware of the issues surrounding voice chat in Destruction AllStars and are working hard on a solution! In the meantime, you can mute a party chat by pressing the PlayStation button and then Square on the party card or create a private party chat. February 3, 2021

To save yourself and your precious eardrums, you first had to press the PlayStation button and then Square on the party card. You had to do this for every game you played, but luckily the madness is now over, thanks to the latest update.

Alternatively, you could have created a private chat with people you actually want to talk to, and who have undoubtedly been pressured into buying a dedicated headset by their peers.

Now I’ve thrown all the superlatives I can think of on Sony’s PS5 controllers since I got my hands on it back in November. I absolutely love the haptic feedback and customization triggers, and it’s comfortably the best controller Sony has ever made. If you have not already done so, try picking up DualShock 4 again – how bizarre does it feel now?

Still, for everything DualSense gets right, the inclusion of a built-in microphone has always confused me. It seemed completely unnecessary at the time, especially when the ramifications were obvious to everyone.

I take no pleasure in saying that my fears have only been justified by the built-in microphone, and for me it will simply serve as another battery drain feature that I could definitely do without, just like the DualShock 4’s damaged light field.

While some may miss the days when people communicated more openly online – something that all party talkers put an end to – it’s easy to forget exactly what a cesspit of scum and rogue an open chat lobby can quickly get into. I sat there and listened in amazement that what I assumed was an adult man completely tore into another player, who was obviously a child, when he boasted of finishing first, and how the kid was “f ** king rubbish”.

Listening to people spitting bile at each other is one thing, but the quality of voice chat when using DualSense is significantly worse than if you had a dedicated microphone, mainly because it definitely picks up everything. The fact that it’s usually always on for players (that was for me until I went into the PS5 settings to make sure little yellow light is on constantly) means you might hear people who are not even aware that they are broadcasting themselves . (I once unknowingly broke the ears of a group of players, as I chewed loudly through an entire bag of Maoams while the controller’s microphone was on.)

I must admit that Sony’s idea is an admirable idea on paper. Players do not have to spend extra money to buy a headset to chat with their friends, and it gives DualSense a little extra value, which, I should be aware, is more expensive than DualShock 4. In practice, however, it has a microphone on a controller is just a headache. Also, Nintendo did it first with the Wii U GamePad – just say it.

Although I think Destruction AllStars is a pretty fun vehicle game, it will now serve as a constant reminder that party chat is comfortably one of the best innovations mankind has created since we first discovered fire, and why built-in microphones on a controller are one of the worst.