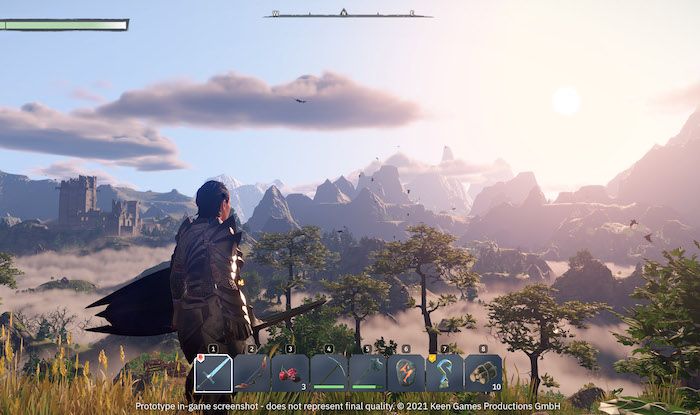 Keen Games, the developers of Portal Knight, goes indie after a $ 10 million investment from Hiro Capital and Tencent to drive the development of their upcoming multiplayer sandbox RPG.

It should come as little surprise that this sandbox RPG is a spiritual sequel to Portal Knights. It seems that Keen Games is currently hiring at the back of this investment. In fact, if you are interested and think you have chops, you can email them to [email protected].

Cherry Freeman, co-founder of Hiro Capital, shared the excitement of the investment in the press release,

“We are excited to invest in such a fantastic team. From the first moments when we played their prototype, we knew they were about to bottle lightning again and build on the success of Portal Knights, a game that has been played and enjoyed by millions of people around the world. “

Some additional information about this upcoming sandbox RPG includes that it will be an open world, multiplayer sandbox action RPG where you can build your own kingdom, explore, fight and experience together in a world full of mystery.

The game will be cross-platform on PC and console for some time in 2023. However, it was not revealed which consoles it was specifically developed for. Keen Games has also developed its own voxel-based engine for this RPG. This will enable them to create a massive, vibrant open world.

“We are incredibly excited to start a whole new chapter for Keen Games with the development of our next title and the transition to a self-publishing studio. We found in Hiro and Tencent two very strong partners that are in line with our vision to take the studio to the next level. ”