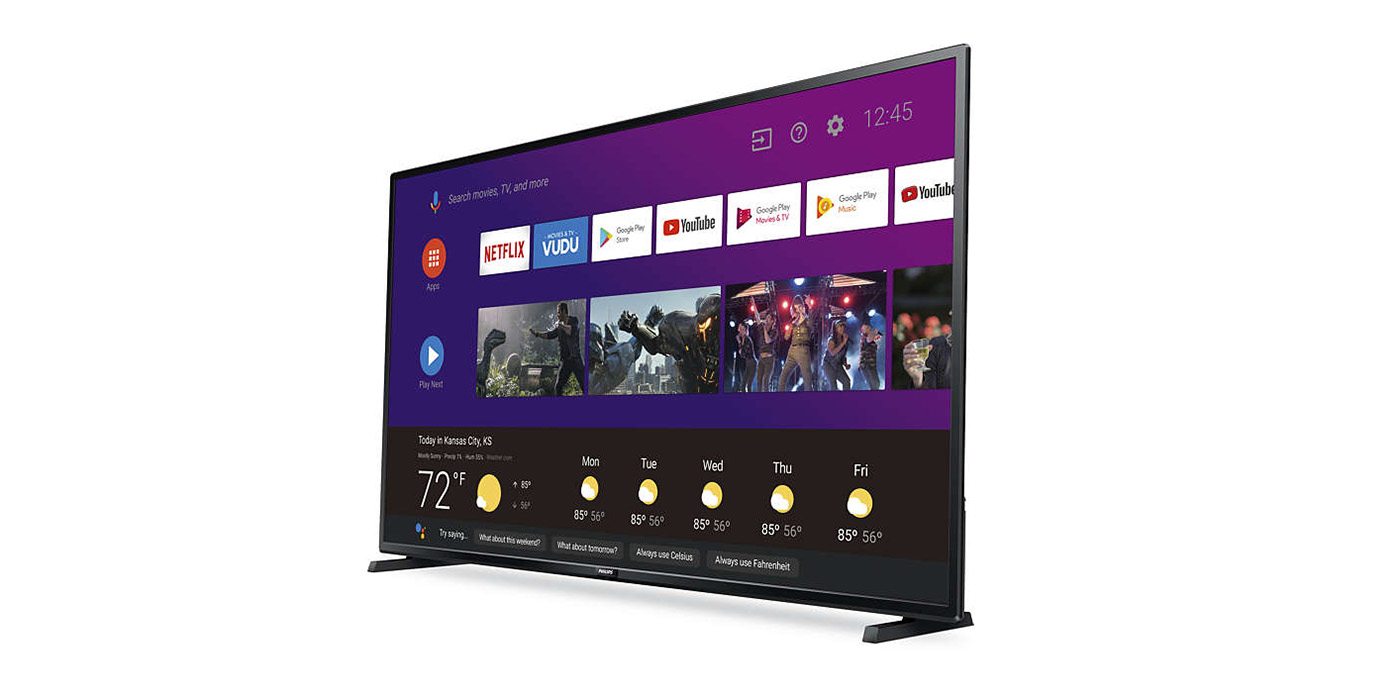 When Android TV continues to grow, we see it pre-installed on more and more 4K TVs. Before CES 2019, a new series of Philips TVs has been announced with Android TV onboard with some affordable price tags.

Funai, a partner for Philips TVs (via SlashGear ), this week announced a brand new series of 4K HDRs that all run on top of Google's Android TV. The company has offered Android TV products in other regions for some time now, but this year's lineup debuts in the US for the first time.

Two different lines are part of this American extension – 5704 and 5904. All the TVs in these two series provide sizes ranging from 43 inches to 75 inches. Both also pack nearby microphones to talk to Google Assistant built into Android TV, which is based on Oreo. The only primary difference between the two series is that the 5904 offers a remote field microphone for use with an assistant, so it can work mainly as a Google Home speaker, "Hi Google" commands, and all.