Opens the hidden half of "The Legend of Zelda": VIDEO 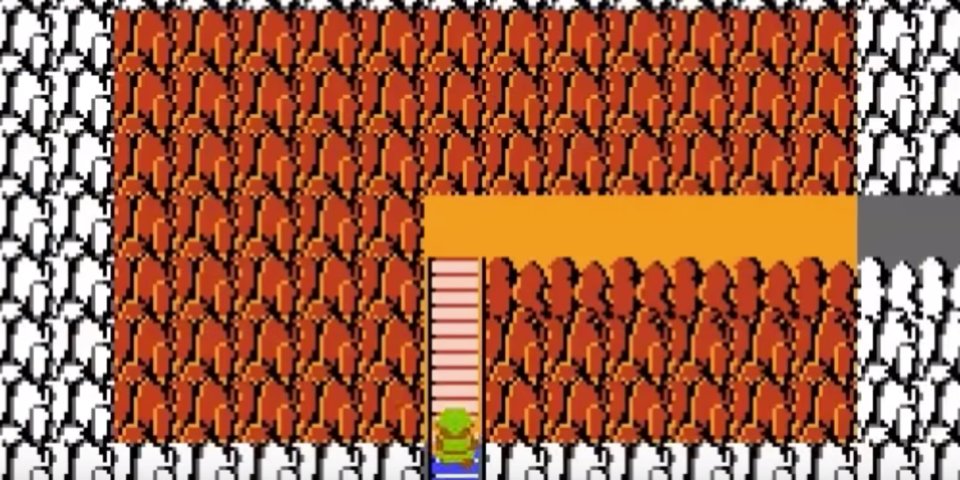 The original "Legend of Zelda" for the Nintendo Entertainment System is a massive, open game – and it could have been even bigger.

That's because the game's bulky open world was actually cut in half before the game's release; The lower half is known as the game's "minus world", where the elements of the game can be tested by the Nintendo developers.

Here's a look at what it means in practice:

The concept of an irreversible part of a game has been around for decades.

The original "Super Mario Bros." is known to have a glitch that allows players to access hundreds of hidden levels, many of which are full of bizarre, often broken elements – and that is far from the only thing. Even modern games often contain elements hidden from players. Whole levels, enemies, bosses, and parts of the story are referred to these hidden places.

In the case of the original "Legend of Zelda", a whole half of the game's open world became a minus world.

Through some code manipulation across several hours, an intrepid YouTube creator managed to break through the game's barriers and gain access to the huge part of the game .

What he found, surprisingly, is mostly a mess.

That's because the minus world was never meant for players – it was an area where code could be tested before it was implemented in the playable game. As such, enemies glitches into existence, text is often disturbed, and some of the sites look like copies of areas you may have seen in the game (albeit with weird aberrations). You probably won't play these things as interesting as it looks.

That said, it is a fascinating look at a game classic during the creation – check out the full video here: