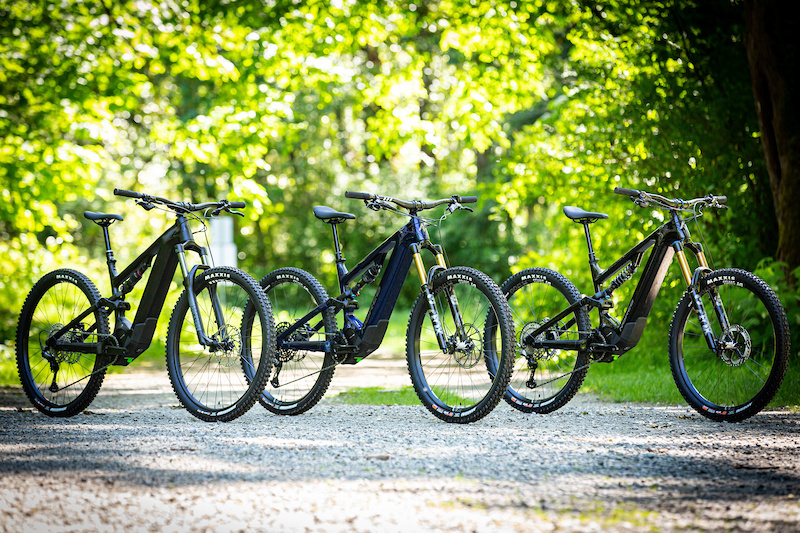 Norco has unveiled its new eMTB series, with three models whose intended use runs the spectrum from trail to big race – 130mm Fluid, 150mm Sight and 170mm Range. All bikes use Shimano’s EP8 engine, and have three different battery options. In fact, Norco lists the prices of each model without the battery included; It is up to the buyer to decide what kind of capacity they are looking for.

Seb Stott has posted miles on the new Sight, and you can read the full review of that bike here. We will also have an eMTB category in our upcoming field trial for the first time ever, and the Range VLT will be included in that group of long-haul machines ̵

1; watch the videos towards the end of the summer.
Norco VLT Lineup

The new models all share a similar suspension layout, with the shock now mounted under the top tube, instead of the vertically oriented configuration used before. On the Sight and Range, the shock absorber is offset, which provides more clearance for piggyback shocks. Do not worry, but there is still plenty of room for a water bottle. In fact, the large frame sizes can hold two water bottles inside the front triangle. All the floating storage capacity was made possible by the orientation of the EP8 engine – it is tilted upwards, which also created more ground clearance, and allowed Norco’s designers to achieve the desired kinematic dimensions.

Sight and Range are available with carbon or aluminum frames, while Fluid is only available with an aluminum frame. All the head tubes are what Norco calls “super conical” – that means there is a 1.8 “lower diameter and a 1,125” upper diameter to allow them to accept forks with 1.8 “guide tubes. There is a trend that is becoming more common on e-bikes, where the forces to which a fork is subjected are significantly greater than what happens on a non-motorized bike. the most common 1.5 ”tapered steering.

All frames have an integrated speed sensor on the non-running side chain, which works with a rotor-mounted magnet. Other details include short, straight seat tubes to allow longer drop drops, internal cabling and molded chain flap protection.

Running out of juice before the fun is over is not ideal, which is why Norco developed its own series of Shimano-approved batteries that use 21,700 cells. The new battery system has a higher energy density than the previous generation, which means that higher amounts of energy in light weight are possible.

The batteries are available in capacities 540, 720 and 900 Wh, and are priced at $ 749, $ 999 and $ 1,199 respectively. Why would not you buy the largest battery available? Well, apart from the price, there is also a weight penalty of 690 grams, or 1.5 pounds for each capacity increase. The claimed weights for each battery are as follows:

This means that the 540 Wh battery weighs 3 pounds less than the 900 Wh battery. The 900 Wh battery happens to be the largest capacity on the market. All batteries can be easily pushed out of the lower tube for charging outside the bike or for a quick change in the middle.

Fluid is a trail-oriented alternative out of this trio of e-bikes, with 130 mm rear riding and a 140 mm fork. There are two models, Fluid A1 and Fluid A2. Both options have aluminum frames and Shimano Deore powertrains, but the $ 4,799 A1 gets 12-speed, Shimano MT420 brakes and a RockShox Select R shock, while the $ 4,199 A2 has 10-speed, Tektro brakes and an X-Fusion 02 Pro R shock.

Remember that these prices are without battery – adding the cheapest battery in the A2 results in a price of $ 4,948; it is the cheapest option in the entire VLT series. 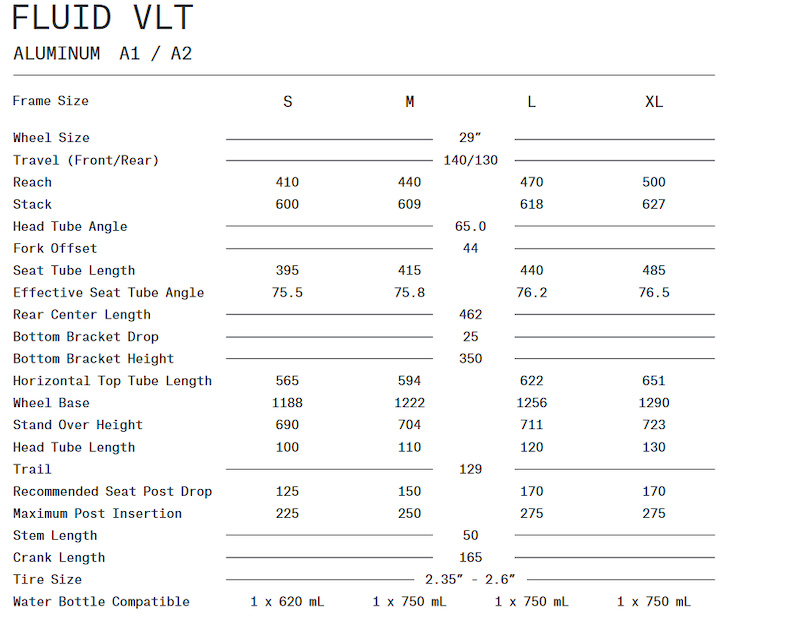 The geometry numbers of the electric sight reflect those of the non-motorized sibling, with the exception of the chain stay length. Key geometry figures include a 64-degree head angle, 485 mm range and a 77.7-degree seat angle for a large size.

There is a 150 mm rear travel and a 160 mm fork. Four models are available, two with carbon frames (except the chain stays) and two with aluminum frames.

* Prices do not include battery. 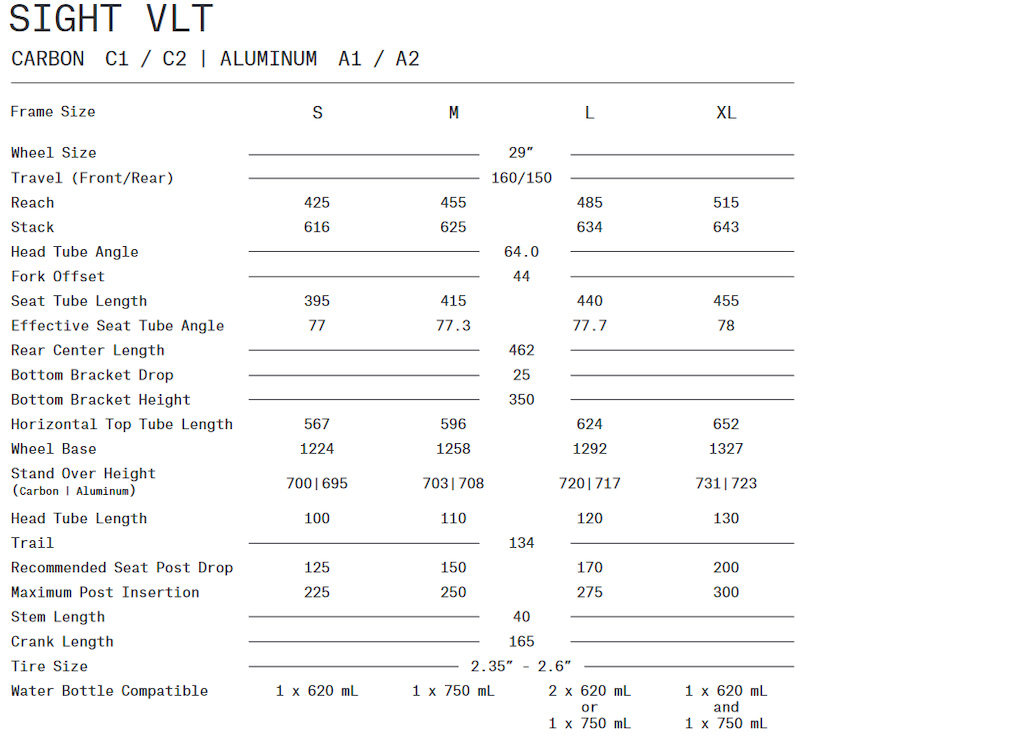 Range is the first option, and its 170 mm coil spring rear travel combined with a 180 mm fork makes its enduro / large mountain intentions clear. The slack, 63-degree heat pipe angle also illustrates the fact that steep descents are what the Range was built for. Who knows, maybe this will end up replacing a DH bike and a shuttle car for some riders.

* Prices do not include battery. 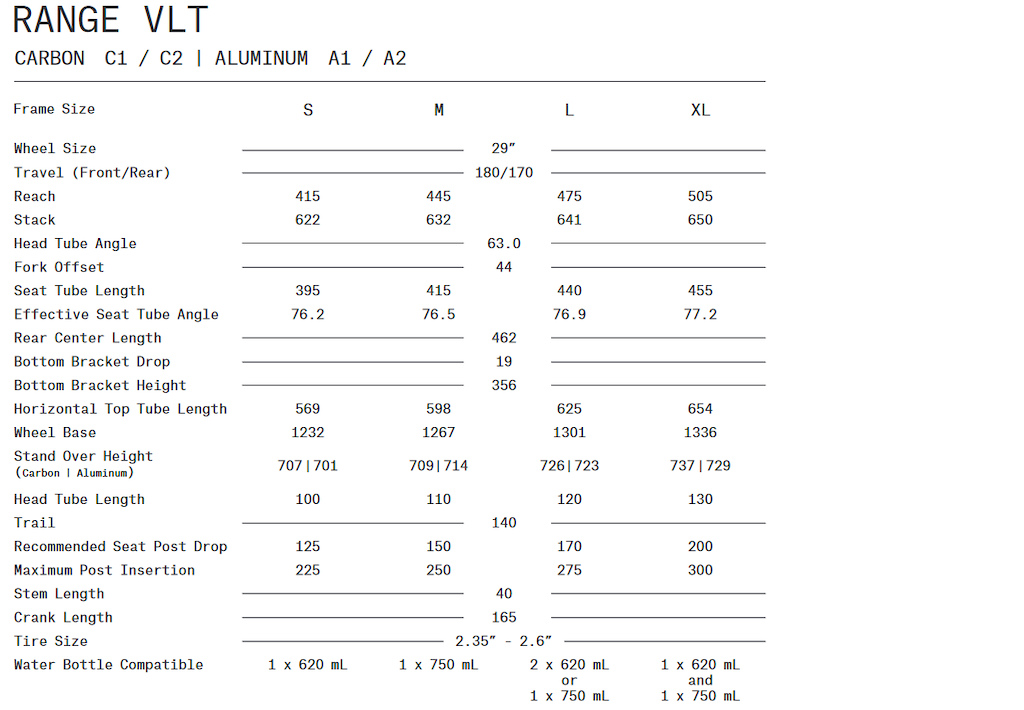