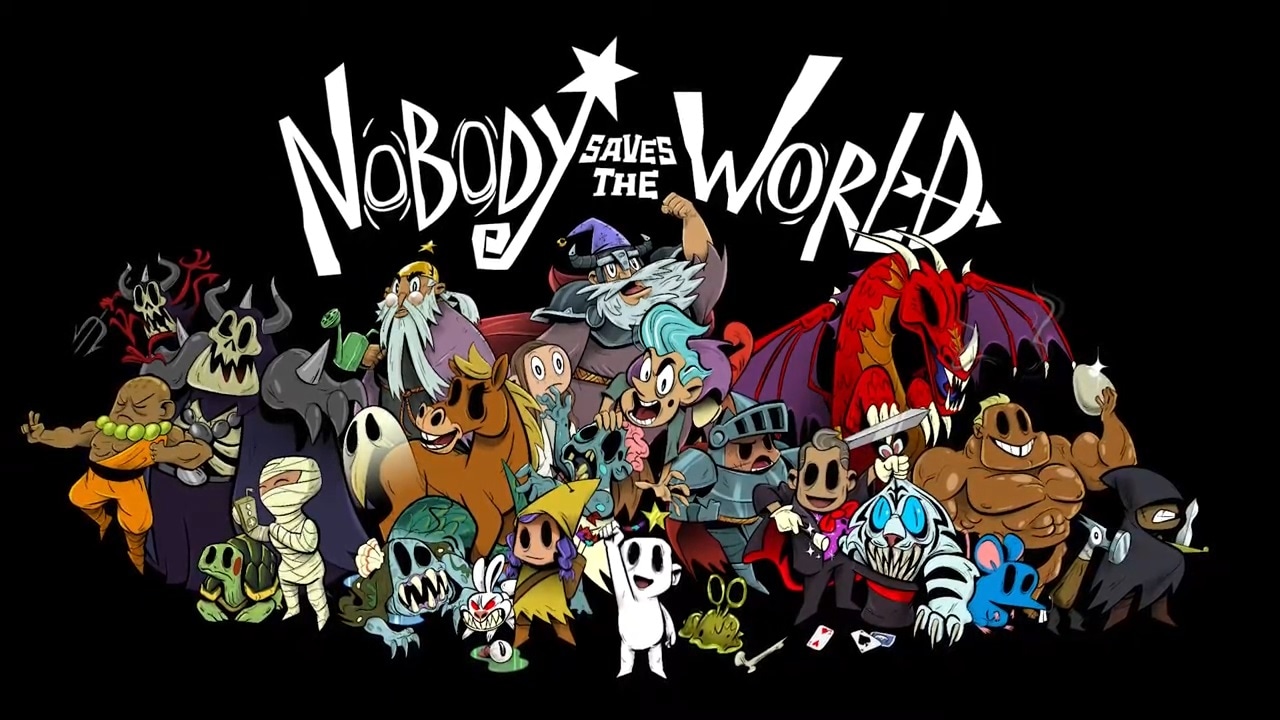 No one saves the world arrives “soon-ish” for Xbox Series X | S, Xbox One, Xbox Game Pass and Xbox Game Pass for PC, giving us “a new twist on Action RPGs.”
This new twist is apparently that you want to “play many different character forms, each with its own unique game mechanics.” Developer DrinkBox Studios says: “Calamity’s power is growing, and no one can save the world now. Good thing you’re Nobody!” You will find these different forms by completing quests, which then allow you to use your various new abilities to get ahead. “Explore an enormous upper world, clearing procedurally generated dungeons in an attempt to repel Calamity and Save the World,”; continues DrinkBox Studios. These procedurally generated dungeons become more difficult the stronger you become, so you are always faced with a tough challenge.

Over on a recent Xbox Wire post, Drinkbox Studios is expanding the game further. “The accident spreads monsters and gross corruption everywhere. The wizard hero Nostramagus is nowhere to be found, but you have stolen (borrowed?) One of his magic wands and taken matters into your own little hands. The wand allows you to shape into many unique shapes – a rat , knight, horse, mermaid, robot and much more (LOTS) more! It’s up to you to master these forms and their powers to defeat the catastrophe. “

There is no release date yet, but Nobody Saves the World “Coming Soon-ish” for Xbox Series X | S and Xbox One, when it also joins the Xbox Game Pass and Xbox Game Pass for PC.