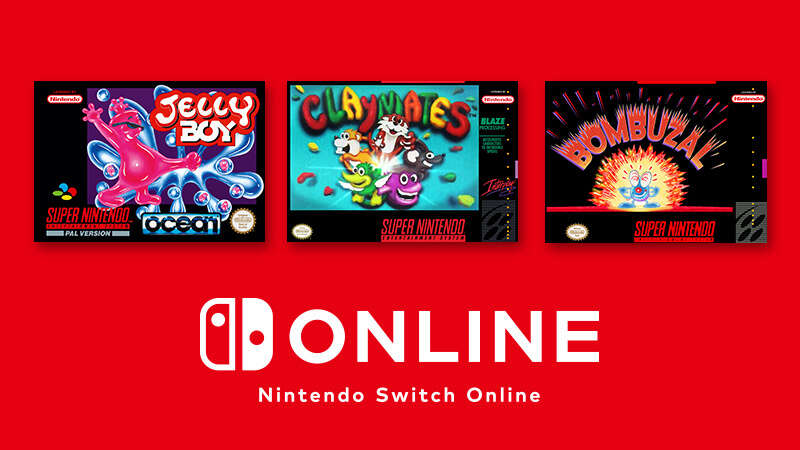 Nintendo will add more titles to Nintendo Switch Online’s SNES library next week. Three additional games join the service on July 28, but as of the latest NSO updates, the Western choices are pretty vague: Claymates, Jelly Boy and Bombuzal.

Both Claymates and Jelly Boy are side-scrolling platform players, while Bombuzal is an isometric puzzle player. You can check out the new titles in the trailer below. Meanwhile, Japan will again receive a largely different lineup this month. Instead of Jelly Boy and Claymates, the Japanese service adds Dead Dance and Shin Megami Tensei If.

To date, there are more than 100 games across Switch One’s NES and SNES libraries, including classics such as The Legend of Zelda: A Link to the Past, Super Mario All-Stars, Super Metroid and more. Each title supports some modern conveniences, including online gaming, scared states and the ability to rewind. You can see the full list of classic games on Nintendo’s website.

The SNES and NES libraries are included in a Nintendo Switch Online subscription, along with other benefits, such as cloud backups, the ability to play online and some exclusive offers. Individual membership typically costs $ 4 for a month, $ 8 for three months and $ 20 for one year, while an annual family plan runs for $ 35 and covers up to eight Nintendo accounts across multiple systems.

If you’re interested in trying out the service before you subscribe, Nintendo is offering a free seven-day NSO trial right now through the My Nintendo Rewards program. Remember that the trial period is automatically converted to a monthly membership after it ends unless you turn off automatic renewal.

In other news, NSO subscribers can try among us for free from 21 to 27 July. The social deduction game will also be a 30% discount in the eShop during the trial period. The free-to-play Pokemon MOBA spin-off, Pokemon Unite, was recently launched on Switch, and anyone who logs in by August 31st will receive a free Pokemon: Zeraora.