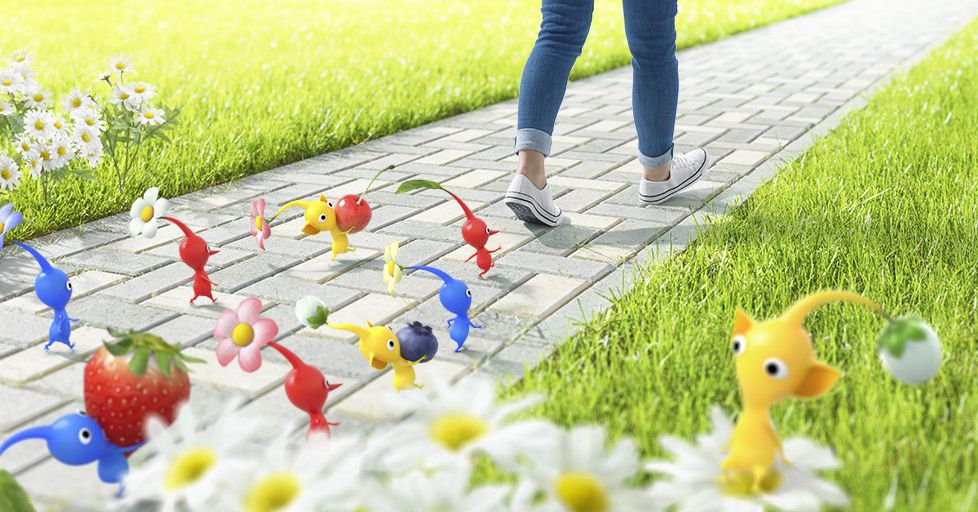 Pokémon Go and Ingress developer Niantic is working with Nintendo on new apps that will combine AR technology (real augmented reality) and Nintendo’s character stability. The first game to come as part of the partnership is an AR game based on Pikmin.

Nintendo said in a press release Monday that Niantic takes on Pikmin will include games that will “encourage going and making the activity more fun.” The app will be launched in 2021. It will be developed by Niantic’s studio in Tokyo, which was established in 2018.

“As we continue to expand our gaming portfolio, it was a natural next step to join forces with Nintendo,”

; said Niantic CEO John Hanke in a press release. “We look forward to shaping the future of AR together and bringing Nintendo’s beloved game characters to life for mobile gamers around the world.”

“Niantic’s AR technology has enabled us to experience the world as if Pikmin is secretly living around us,” added Nintendo’s Shigeru Miyamoto. “Based on the theme of making it fun to walk, our mission is to give people a new experience that is different from traditional games. We hope Pikmin and this app become a partner in your life. ”

This year marks the 20th anniversary of the Pikmin series, which was launched on Nintendo’s GameCube in late 2001. Nintendo was re-released Pikmin 3, originally a Wii U game, for the Nintendo Switch in the fall of 2020 as Pikmin 3 Deluxe.

Niantic found incredible success with the launch of Pokémon Go in 2016, which built on the company Ingress AR gaming platform. The company launched a new AR game based on Harry Potter IP, Harry Potter: Wizards Unite, in 2019, and develops or co-develops titles based on Catan board games and a companion for Pokémon Go cold Pokémon Sleep.