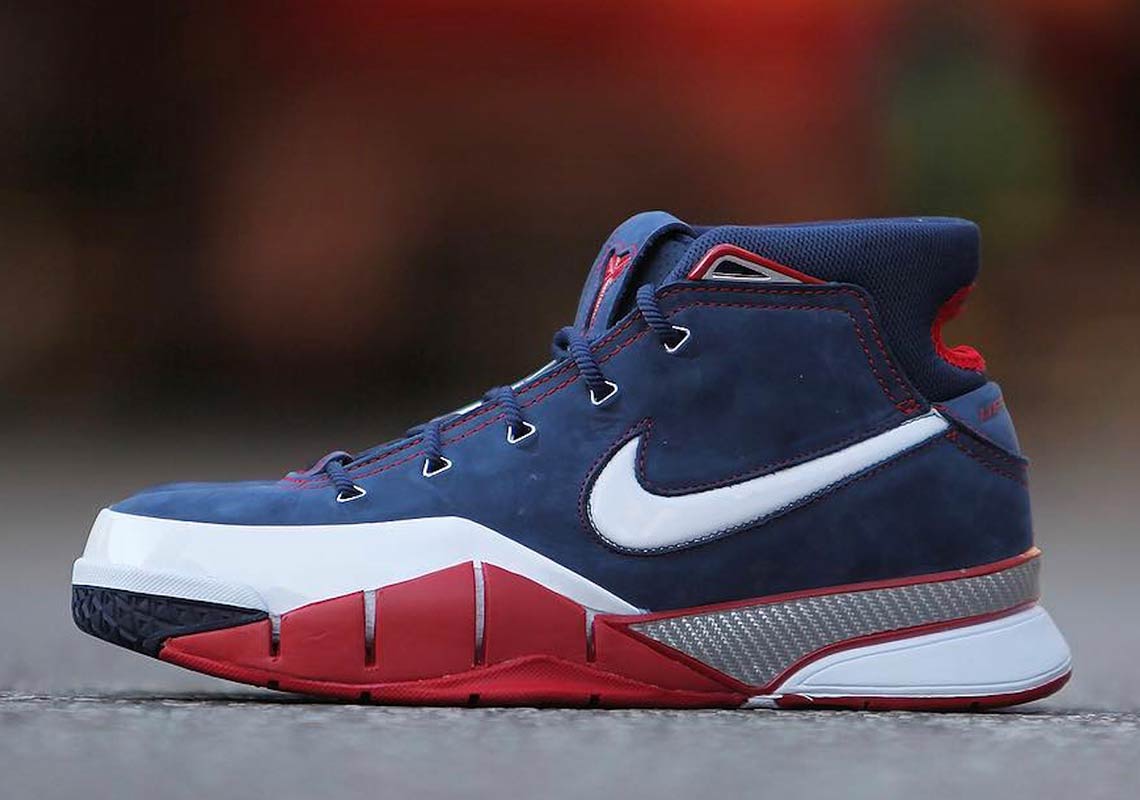 When Kobe Bryant signed with Nike in 2003, anticipation was high. What could Nike do for the all-world Lakers shooting guard? That question was authoritatively answered in 2006 when the Nike Kobe 1

was introduced to great fanfare – after Bryant was wearing Huaraches during his early years with the Beaverton brand. Bryant and the Swoosh then went on to release several more classic silhouettes until he retired in 2016, and they are still carrying the line on today with models like the AD NXT 360. Over the course of this year, they've also dropped several versions of the Zoom Kobe 1 Protro – a remade version of Bryant's first Nike signature shoe in both original / new colorways – and the latest pair to surface is this memorable "USA" colorway. Worn by Bryant during the 2006 World Games, the shoes feature a blue base with contrasting white / red accents including a large white leather panel on the medial side, a carbon fiber midfoot plate, and a special US basketball logo stamped on the insole. Awash in Team USA Pride, these new Kobes are a treat for any Mama fan or USA Basketball lover. Grab a detailed look below, and be sure to stay tuned for further release info as it is available. 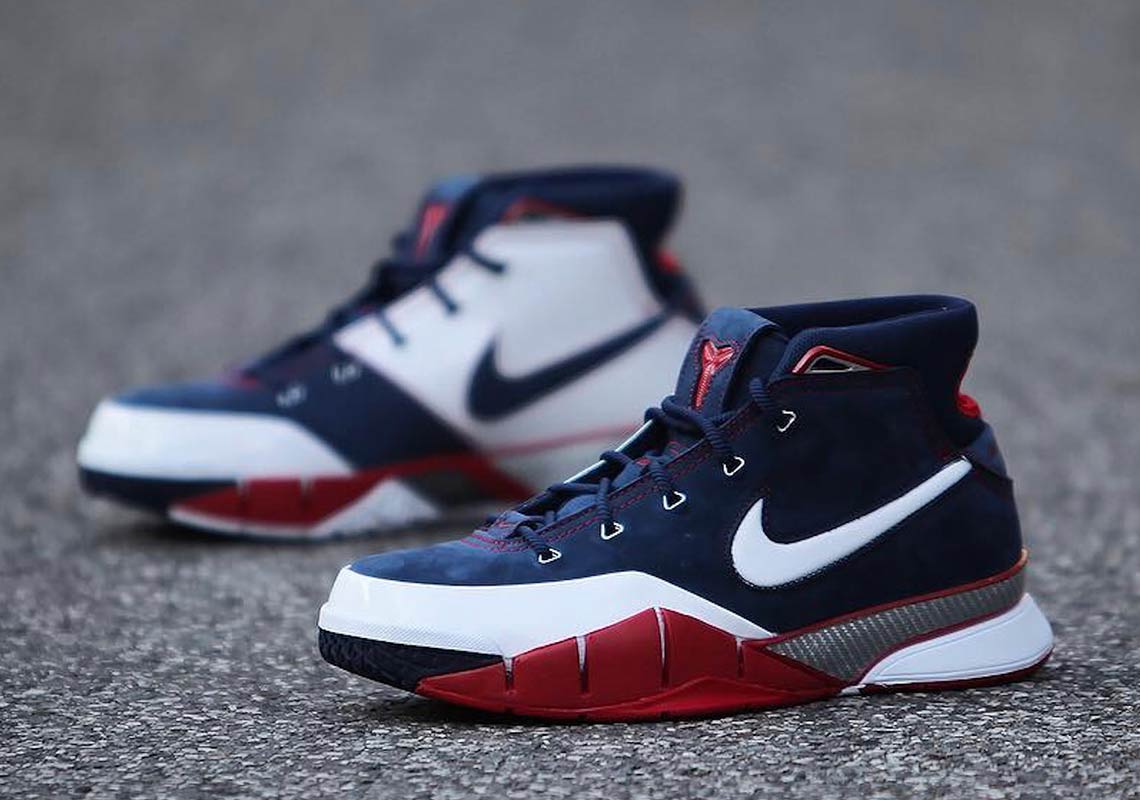 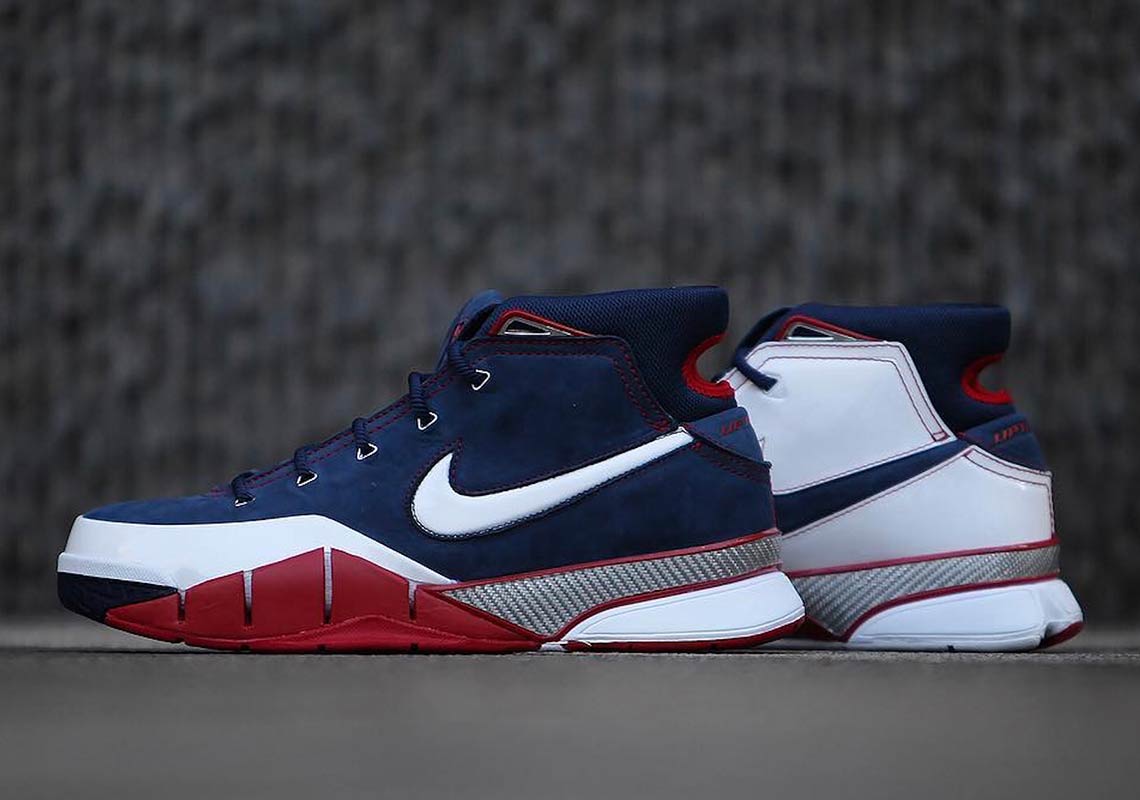 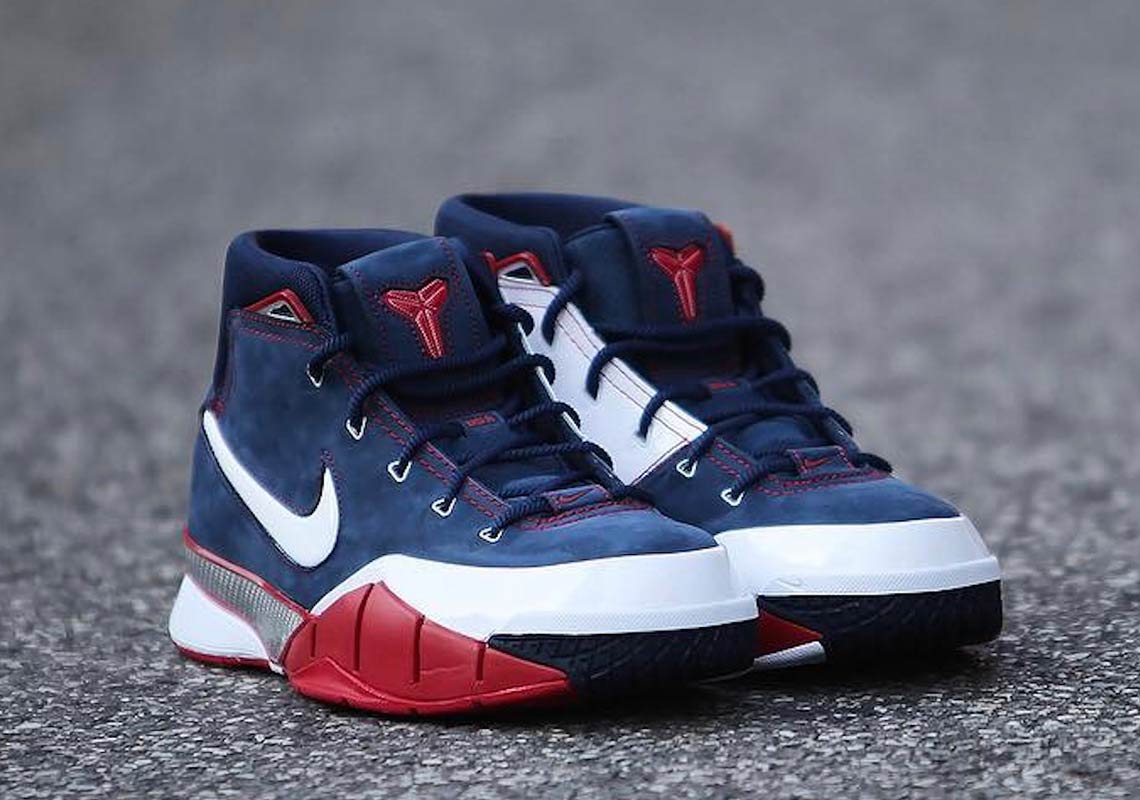 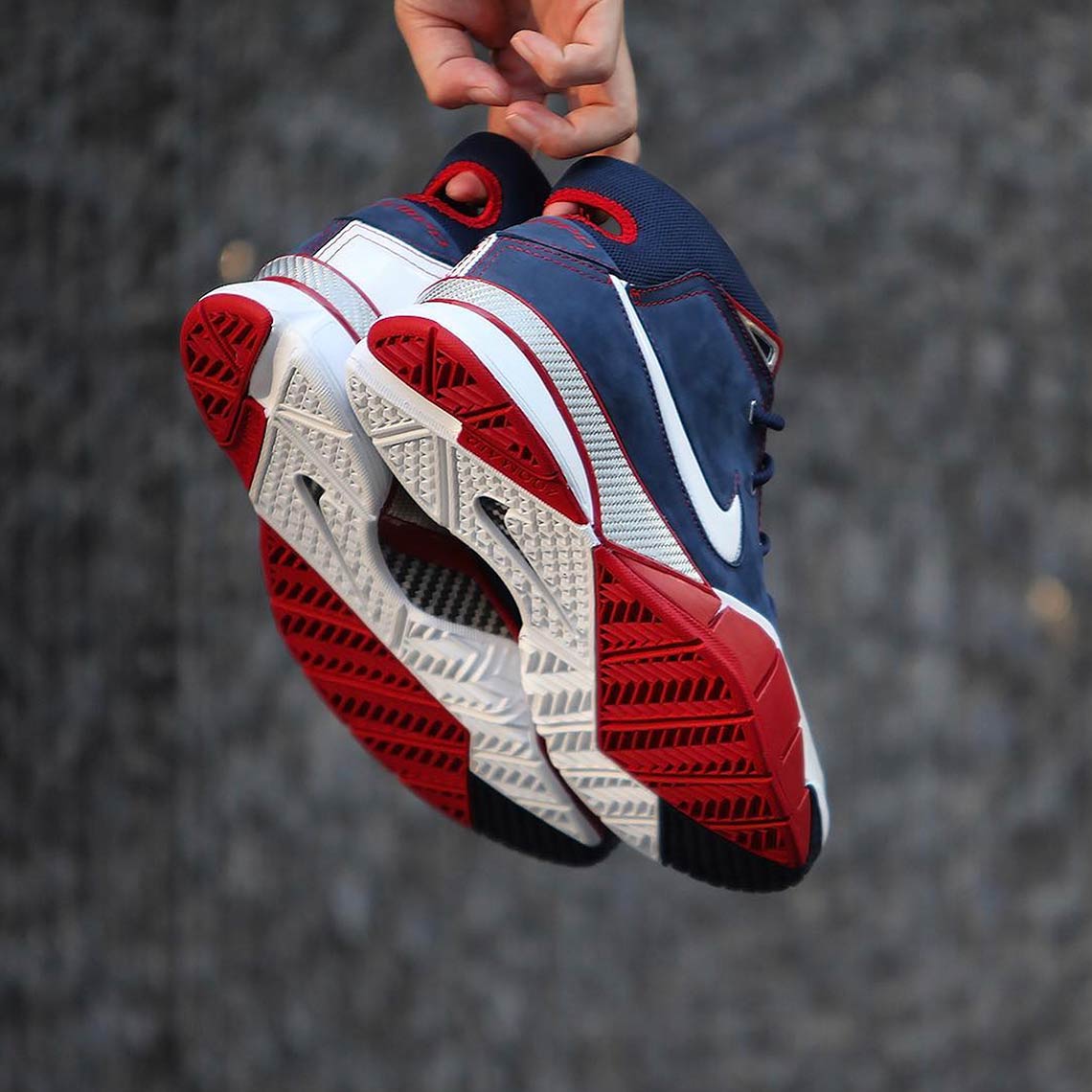 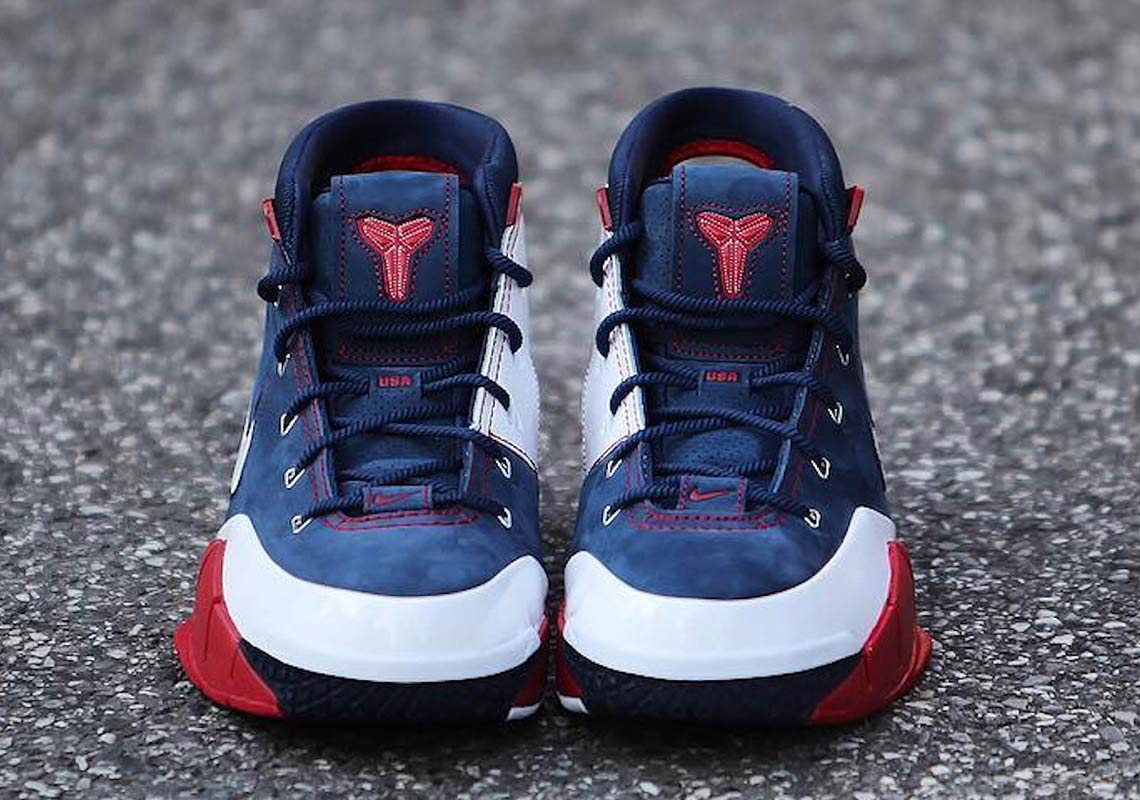 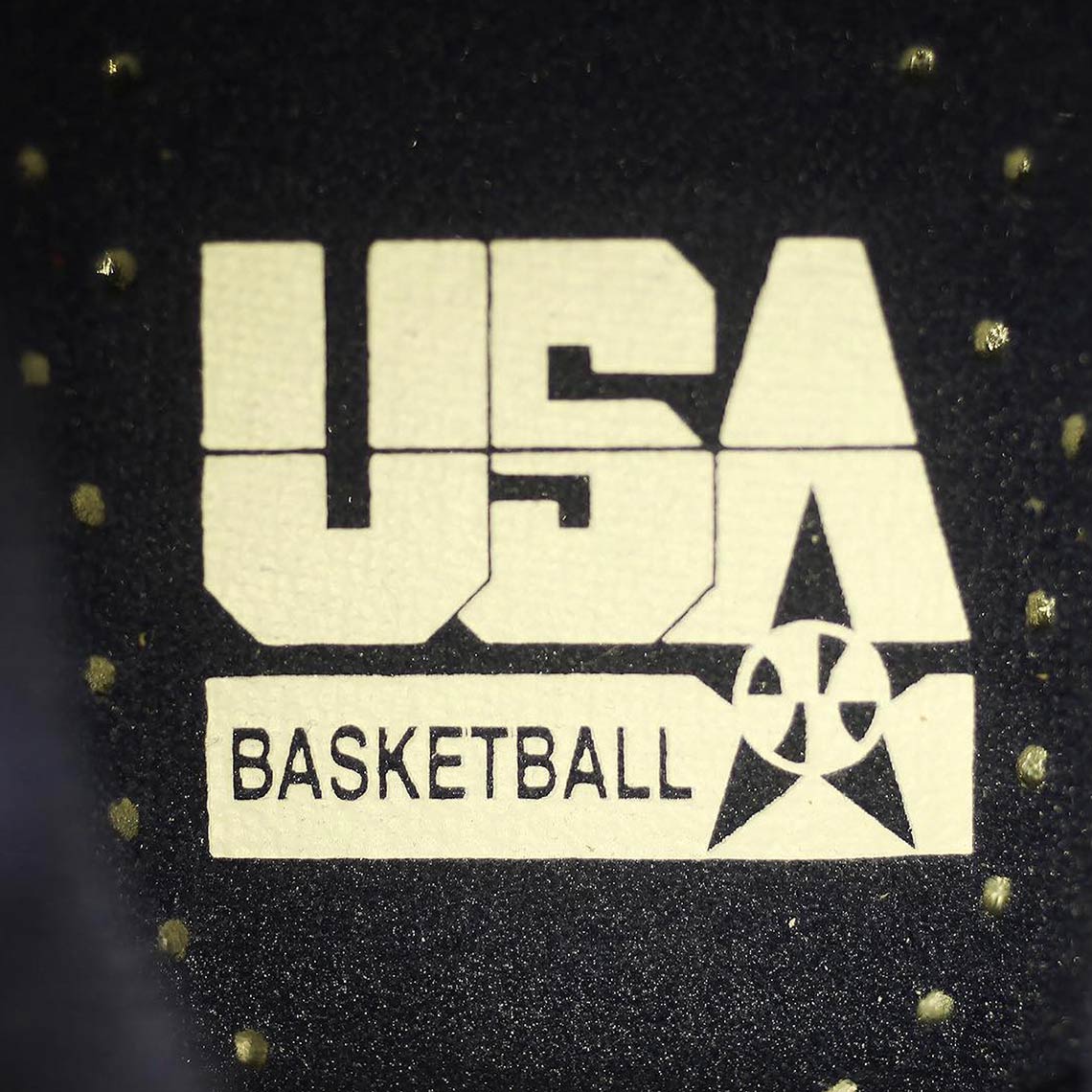 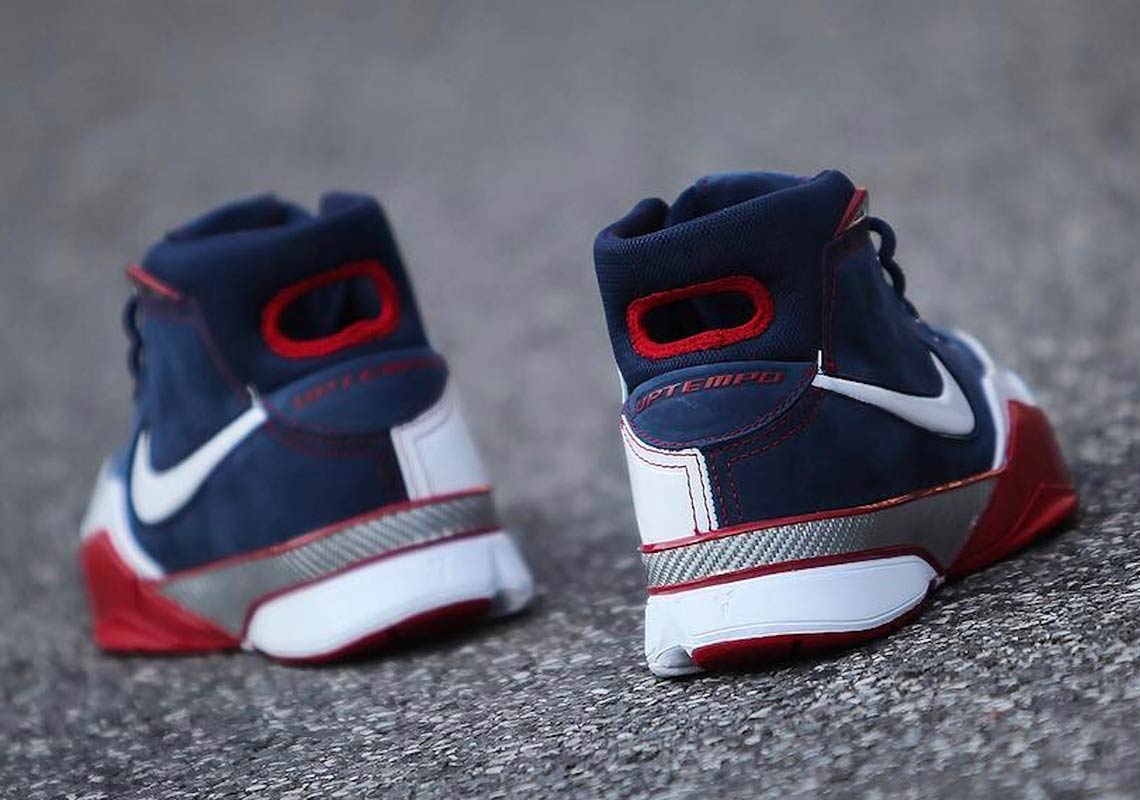 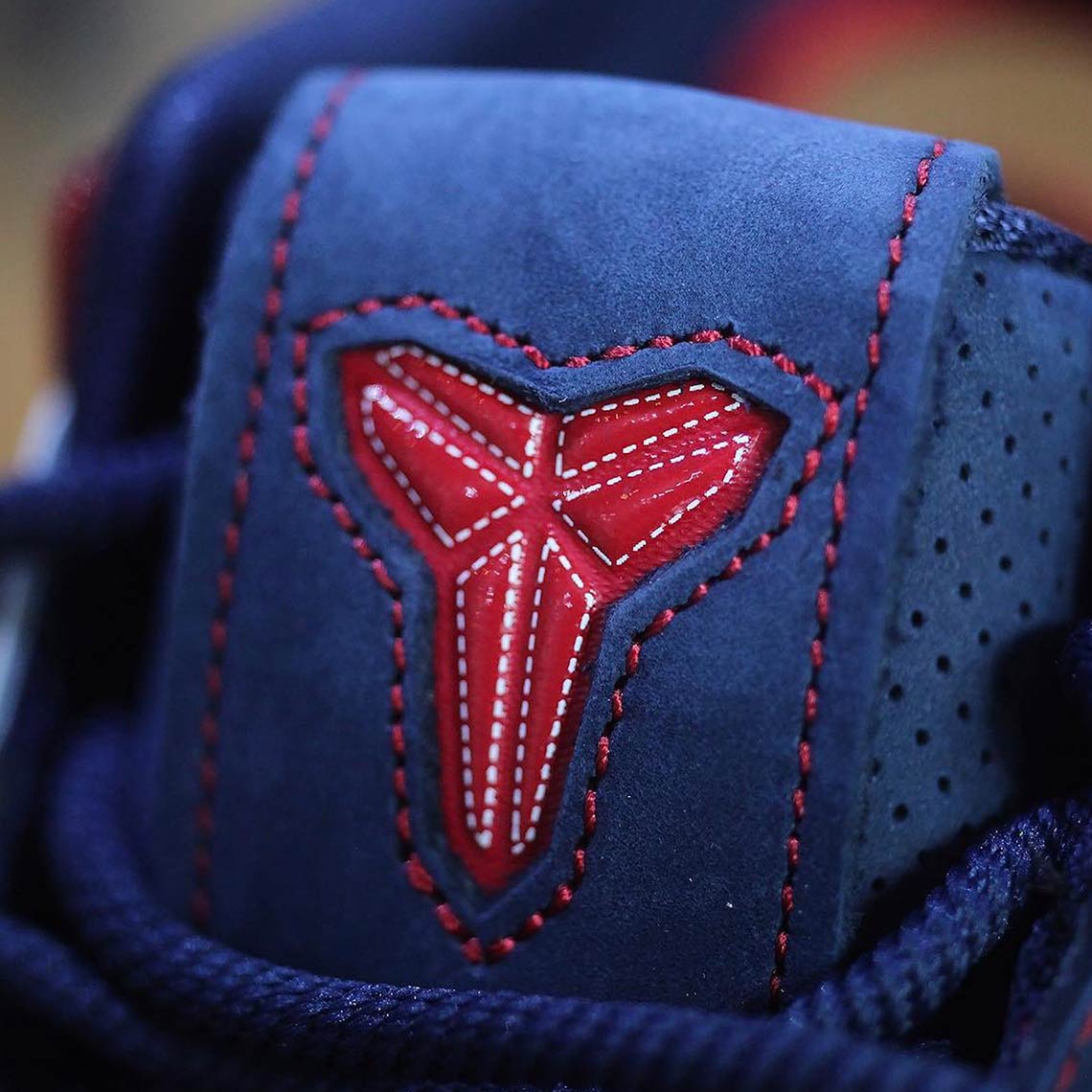 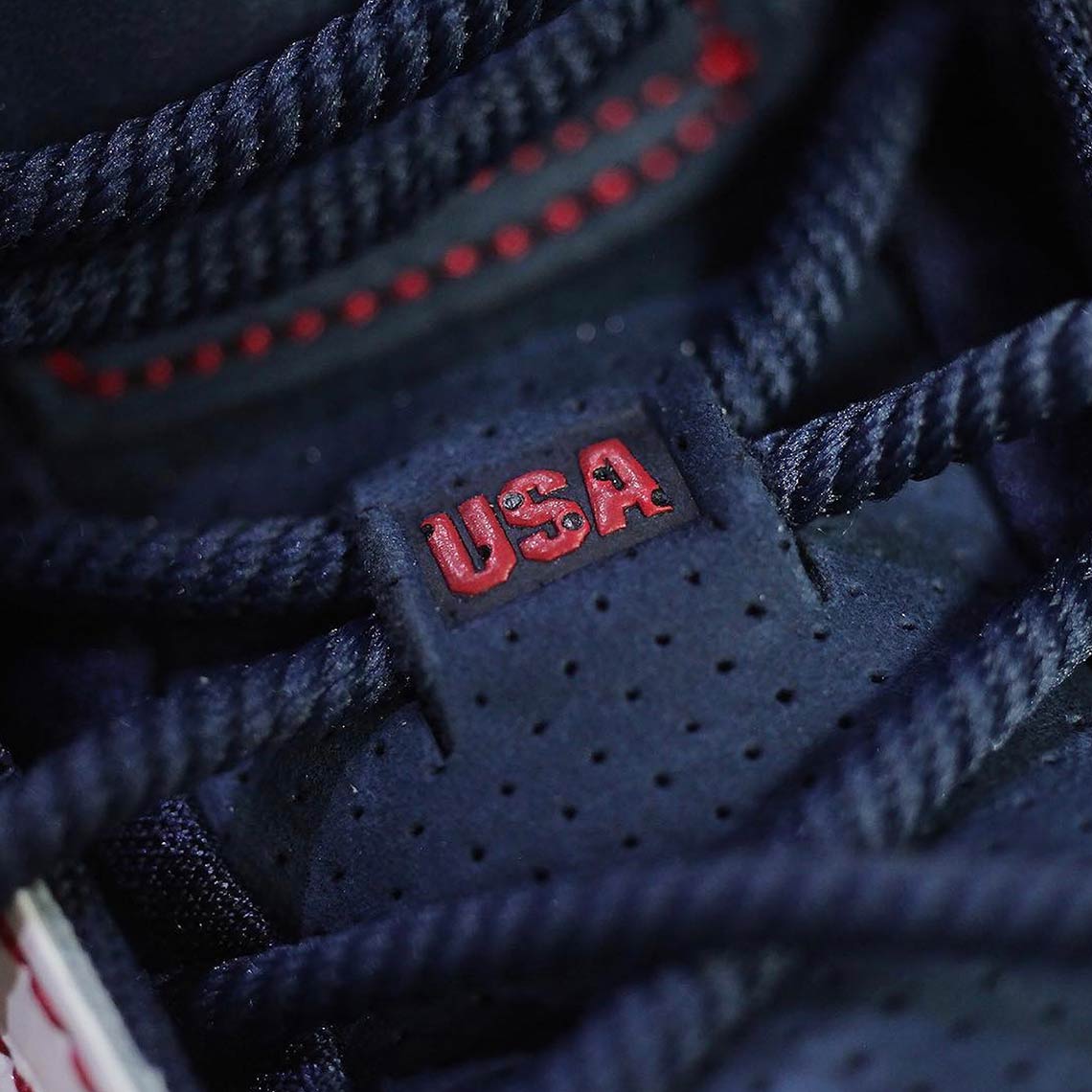