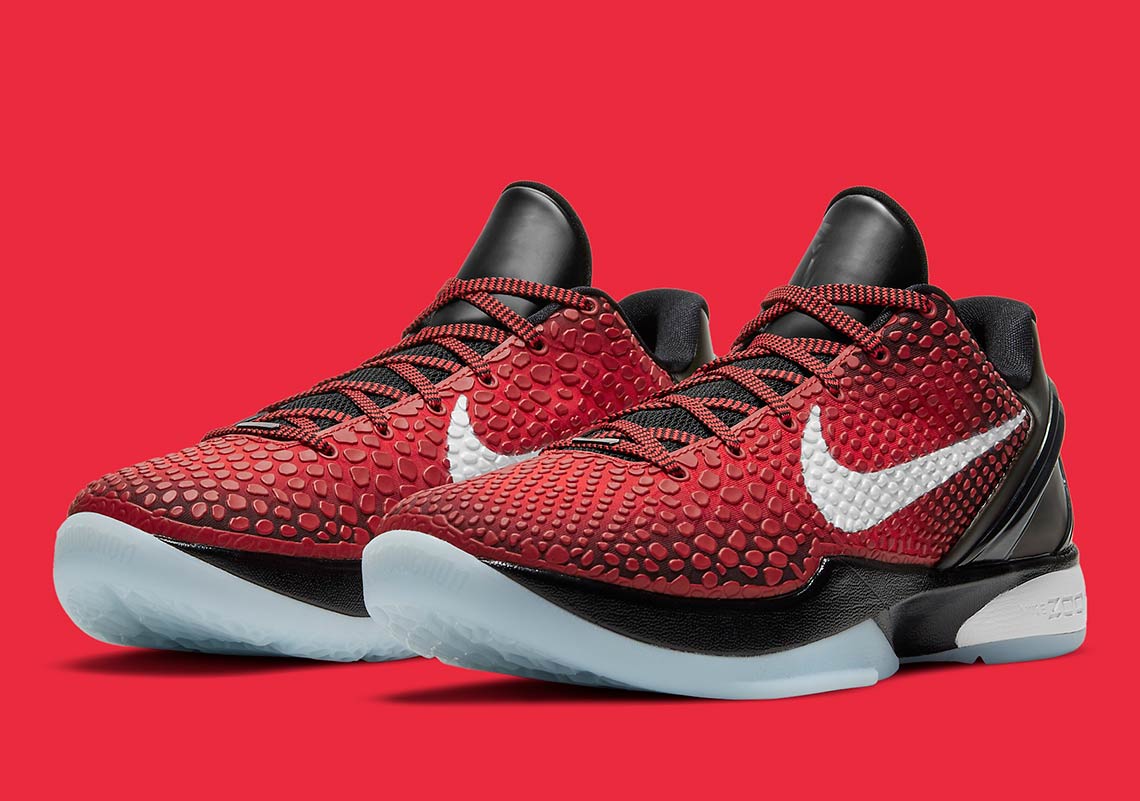 In just six days, it will have been a full year since Kobe Bryant’s death, a loss that will be known to many, many more in the future. And although it is still a difficult topic to race for most people, Nike has taken on the task of honoring the late legend by continuing its series of signature shoes. Soon, probably for All-Star Weekend next month, the brand will pay tribute to Kobe 6 releases as the “All-Star” color offered in 2011.

Although it was not teased long ago by insiders, the couple has already appeared via official photos. Its design, which follows the implementation of previous offerings, remains close to 1: 1 with the original, the upper dressed in scales with a bright red tone. A layer below, a subtle gradient dresses throughout the upper, darker mostly at the edges in a manner similar to a vignette. At the back, the heel bench, tongue and midsole are treated to a polished black, while the rest of the tool below contrasts in white and then an icy blue. Also, the upcoming Protro is likely to include some hidden upgrades like the “Grinch”

; before it: the Air Zoom Turbo will be hidden in the forefoot, a softer, responsive foam will provide the heel, and the tread will come with improved traction. pattern.

Take a detailed look at the Kobe 6 Protro “All-Star” below, and if it’s to mimic the original, you can expect a release to land in February. But as the anniversary of Kobe’s death approaches, it’s possible we’ll see a kind of shock on the Nike SNKRS.

Did you hear? University Blue Jordan 1 was only delayed.

Be sure to follow @kicksfinder for live tweets during the release date. 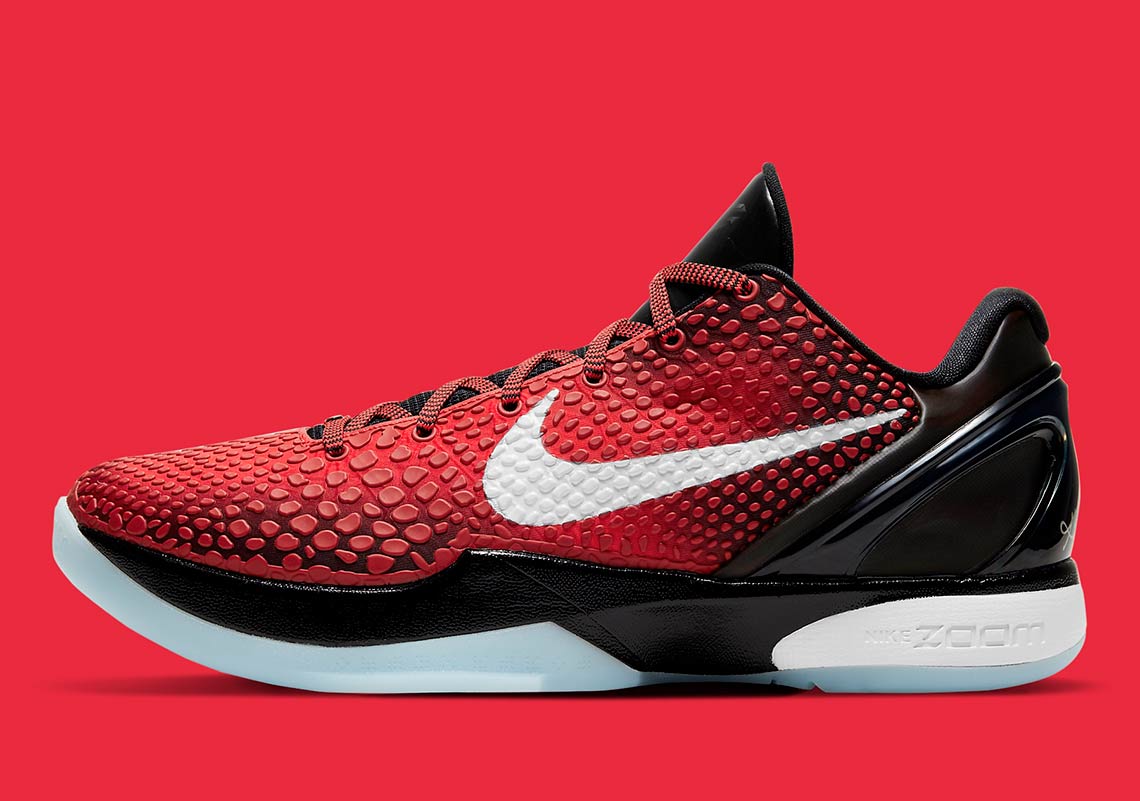 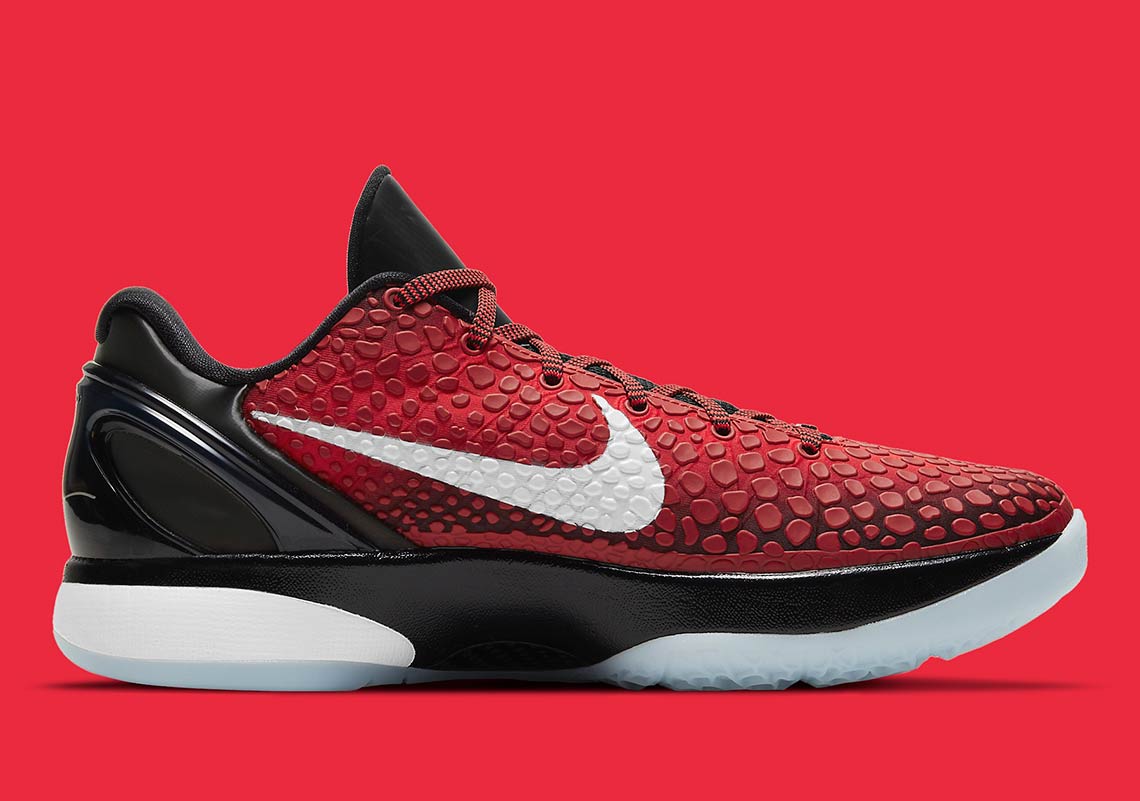 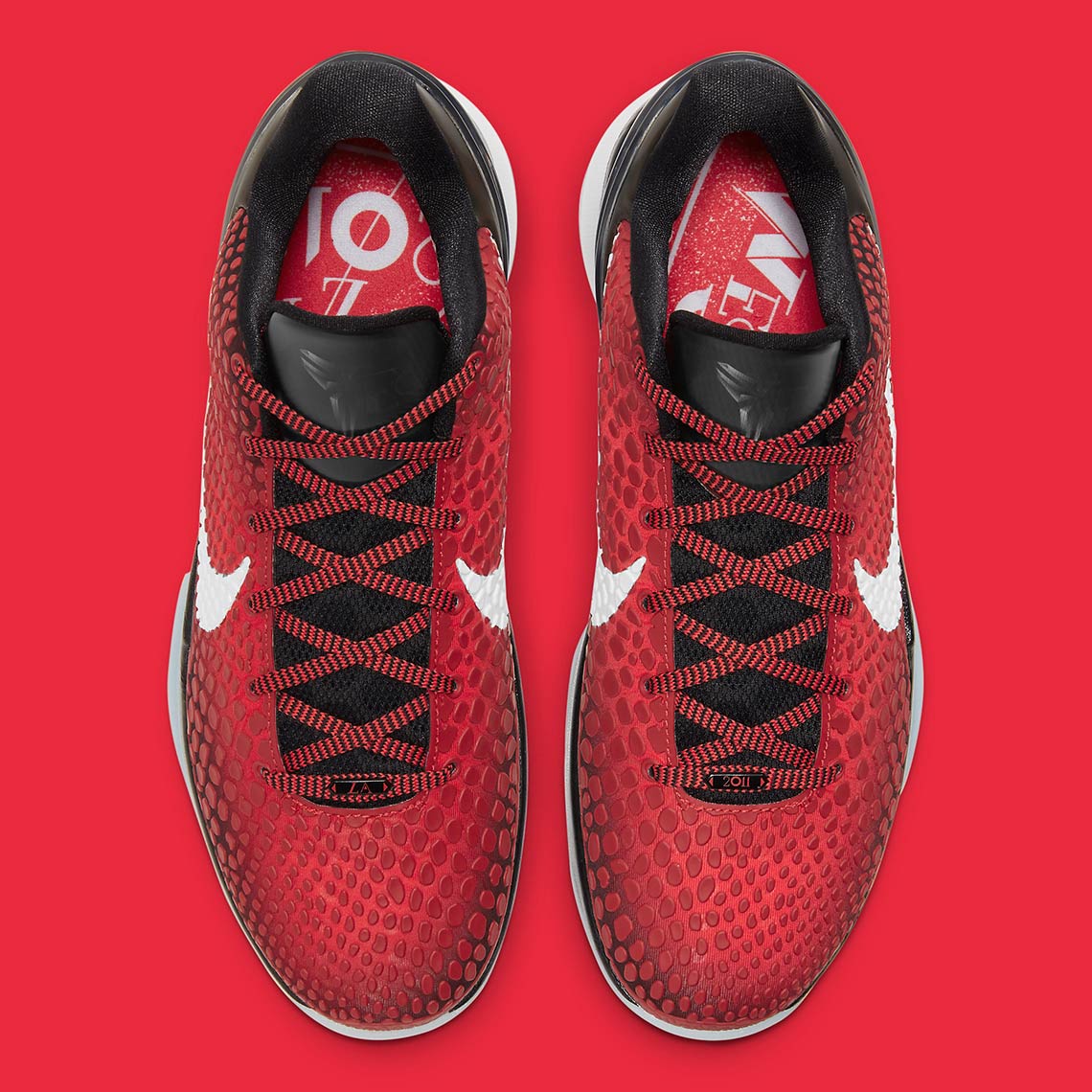 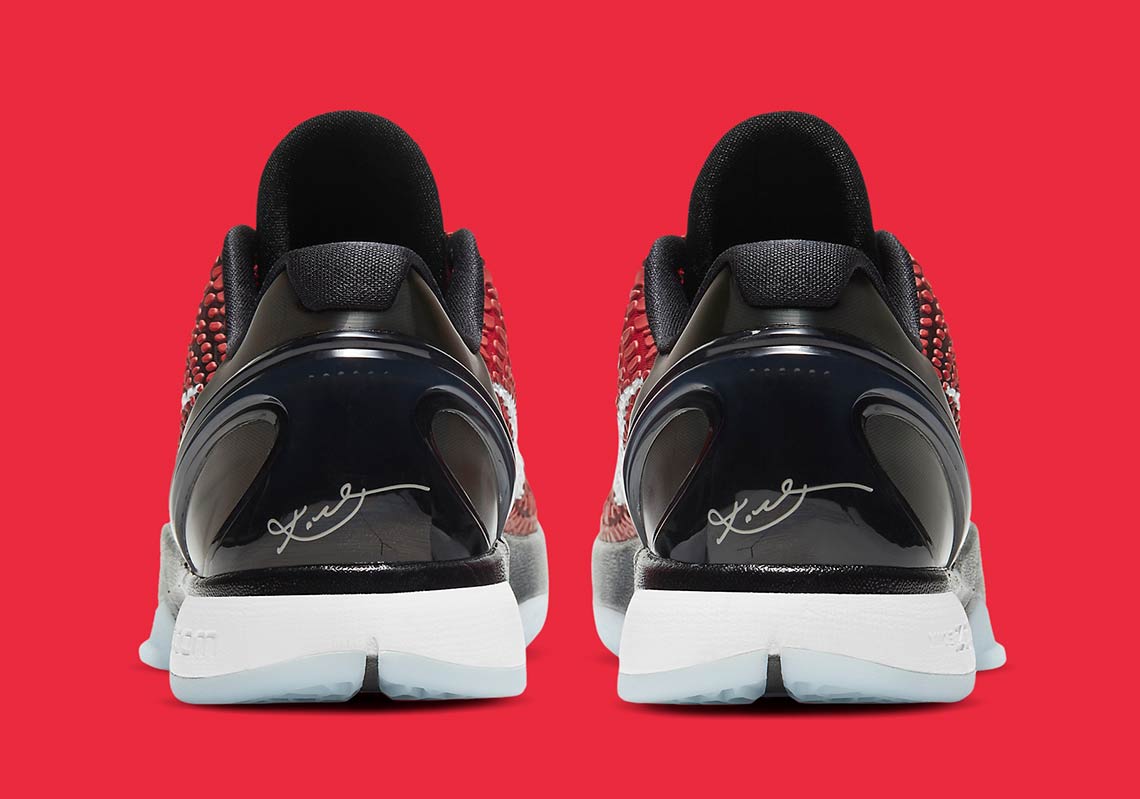 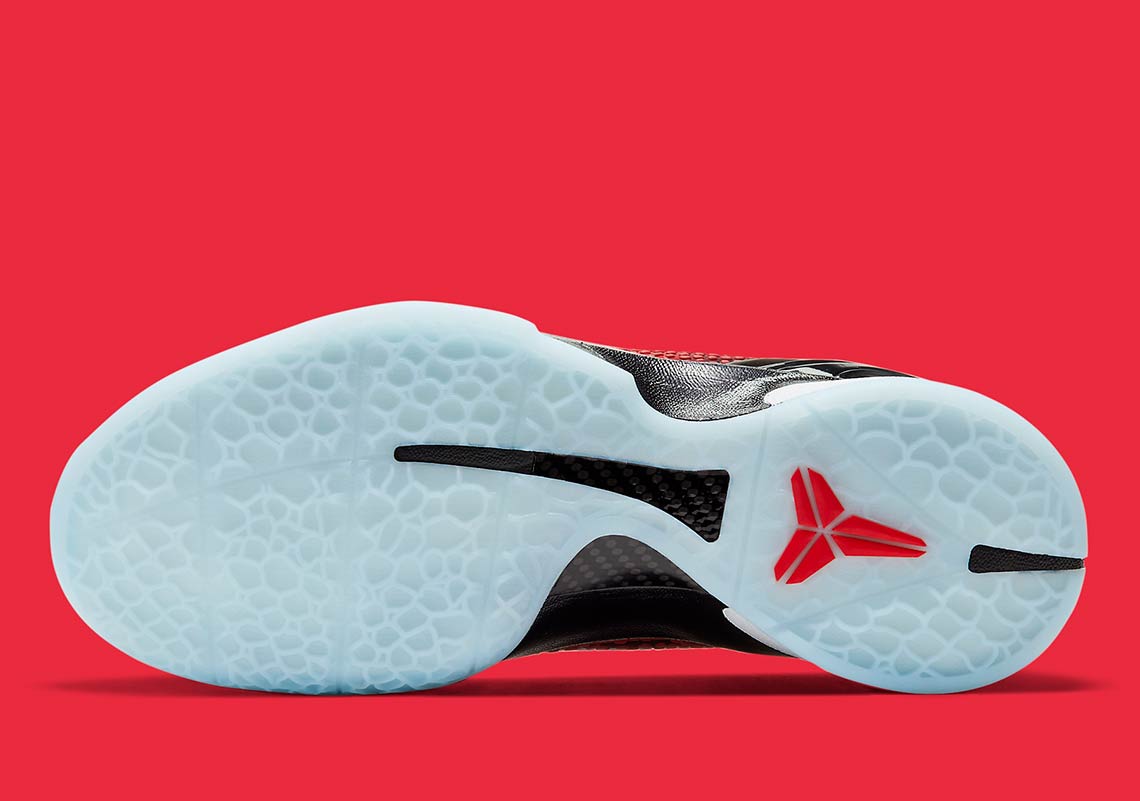 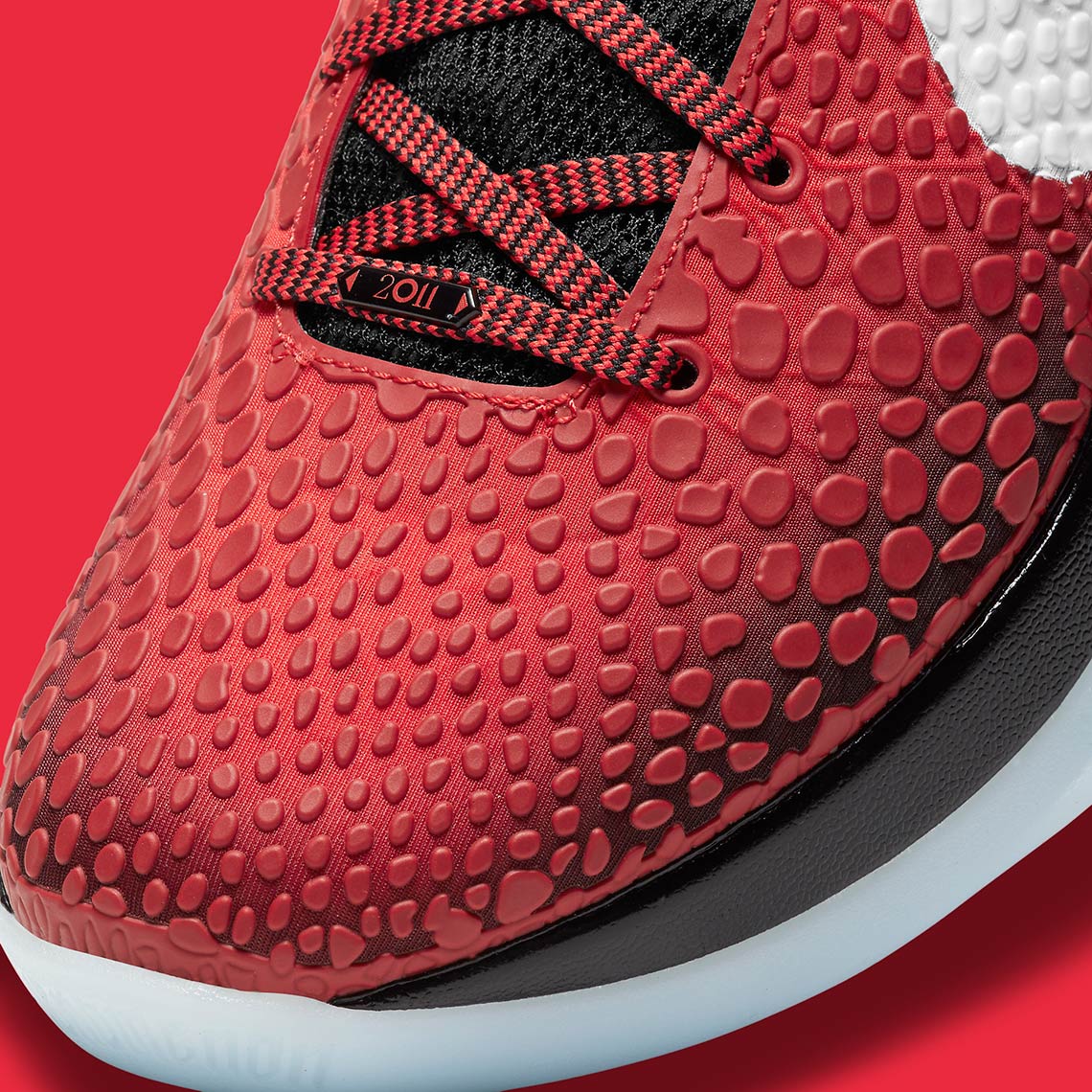 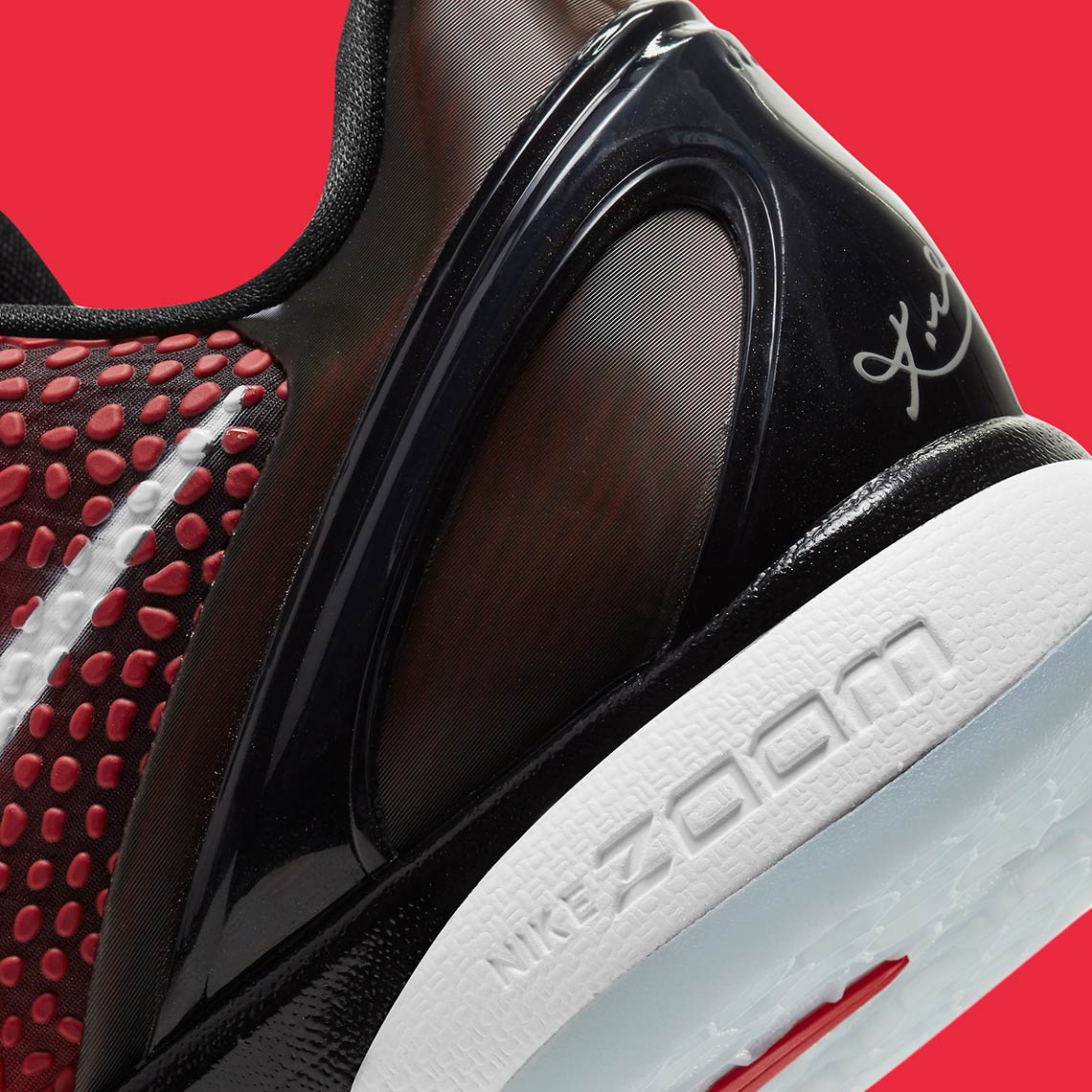