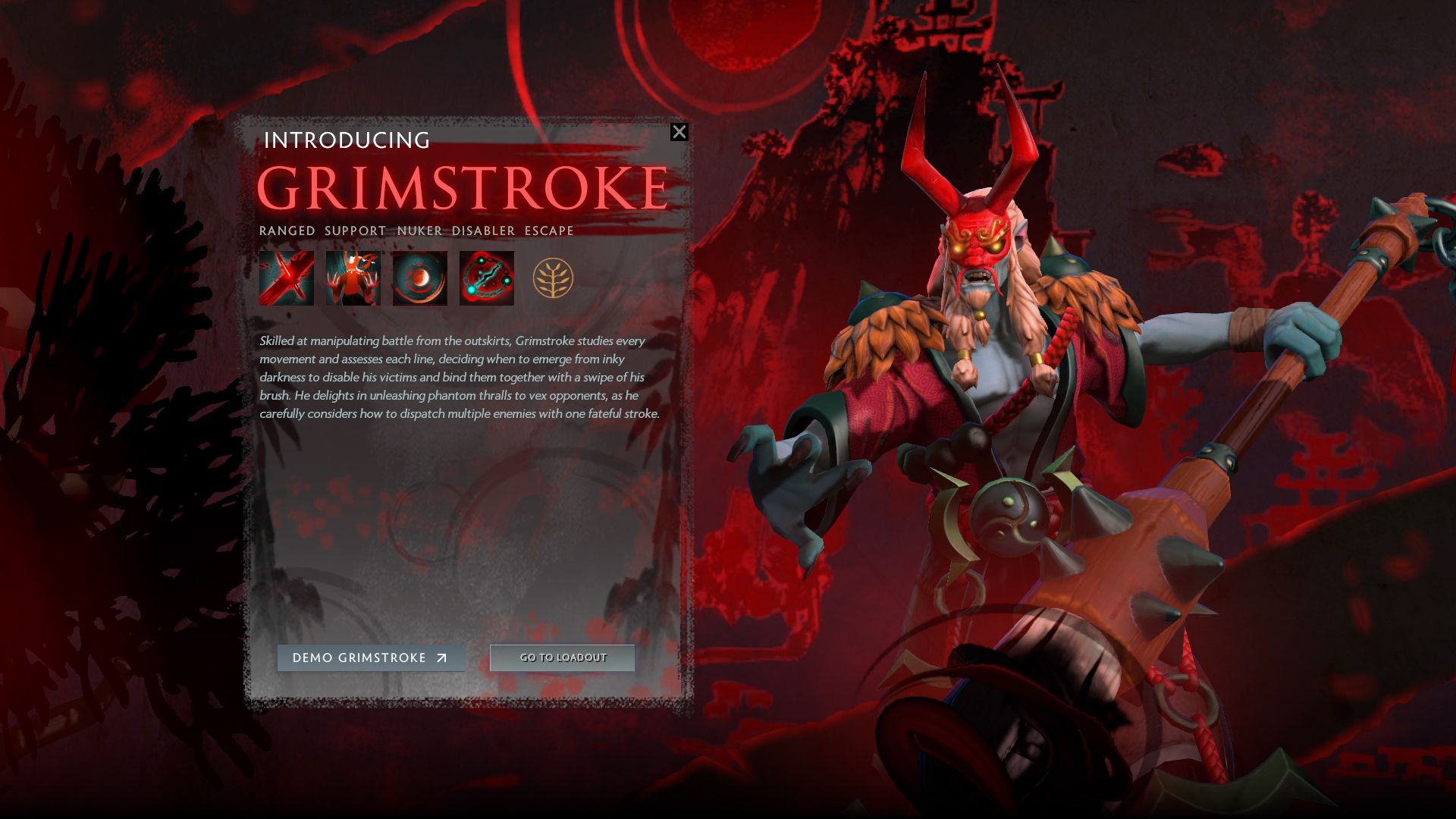 Check out his abilities in action

In a surprise message, two new Heroes were announced only on The International for Dota 2 . The first Hero plagued was Mars, who only had a quick snapshot and a winter release date. And then, apparently out of nowhere, they announced that another Hero, Grimstroke, is available to play now!

Dota 2 is free to play and all heroes are always free for all. I tested Grimstroke quickly and have a video of all his abilities for those who are interested. He is listed as a support / disabler in the game, and his abilities make it very clear.

[Update: Check out the official website for Grimstroke here]

Grimstroke has a fantastic demon-brush aesthetics that I absolutely love. His first ability, Stroke of Fate, paints a line to the target point and damages and brakes all heroes in that line. The more heroes it hits, the more damage it does. I love it because it has the skillshot aspect of it, especially with the travel time on the line.

His other ability reminds me of Arc Wardens Soul Wraith ability. Grimstrokes Phantom Embrace sends a spirit towards the goal, which then locks and drains and causes damage. Opponents must attack the spirit (think Weaver's insects) to get rid of it. If the spirit is locked for the entire duration, it will damage it.

The third ability seems to be the reason for his support solle. Ink Swell shrouds an ally in ink, silencing them, increasing the speed of movement, making them harmless for attack. Fighters near the Allied target take damage and after three seconds the Octopus burns, which has damage proportional to the injury given over the three seconds and amazing.

His ultimate is called Soulbind and literally binds two enemy heroes together. Any targeted syllable thrown on an enemy is then thrown into the bound enemy. WHY IT IS IT!

This guy is nuts and I love him.