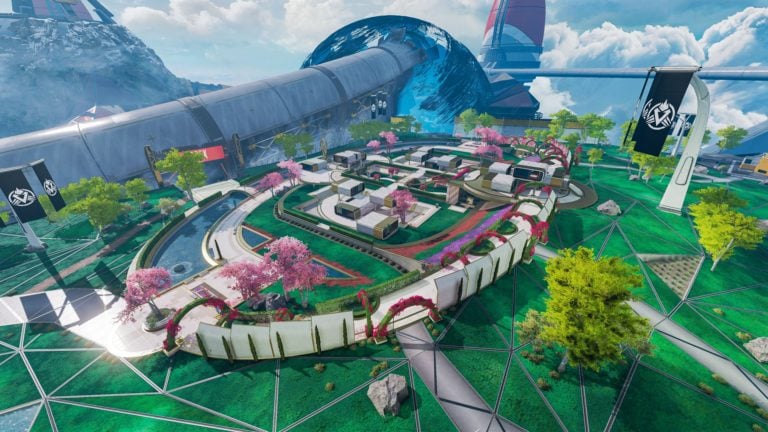 Apex Legends introduces fans to the game’s next legend with a small gift from the new character. Players interacting with an object in Golden Gardens can get a legend-specific voice line and a gun charm for their collection, and touching the object will provide some hints about the next character to join the list.

The unit is located in the center of the Gardens of Olympus. Interaction with it shows a hologram of a moth, which is related to the latest teasers, and will release three tints of a “Tailored Micro Drone”. These will be a gunshot next time players return to the lobby.

“A lost micro-drone from the mysterious heart container,” it says in the description. “A work of art, it seems to be handmade by someone with great skill and taste. That would be an indescribable gun charm. ”

Respawn began teasing the new legend with a short story called “The Moth and the Flame.” The story has two chapters so far, and developers will have to drop more when the build-up to season 10 continues.

Some of the walls in the Gardens will reportedly boast graffiti of moths, another nod to the upcoming legend. Respawn lead author Amanda Doiron revealed that the Arena teaser in season eight had the same design scraped on a wall – a teaser for the season 10 legend, long before its release.

ApexThe tenth season is scheduled to start in early August, based on the game’s counter, but Respawn has already started teasing the next competitor in the Apex Games in style. Players can expect more information about the new legend as the next season approaches.

Update July 17 15:32 CT: So the teaser can move around both Olympus and the World’s Edge, instead of being limited to Golden Gardens, according to data mine Shrugtal. It can spawn on Gardens, Icarus, Bonsai Plaza, Rift and Oasis on Olympus. On the edge of the world, however, it can be seen in Thermal Station, Skyhook, Fragment West, Dome, Survey Camp and Geyser.