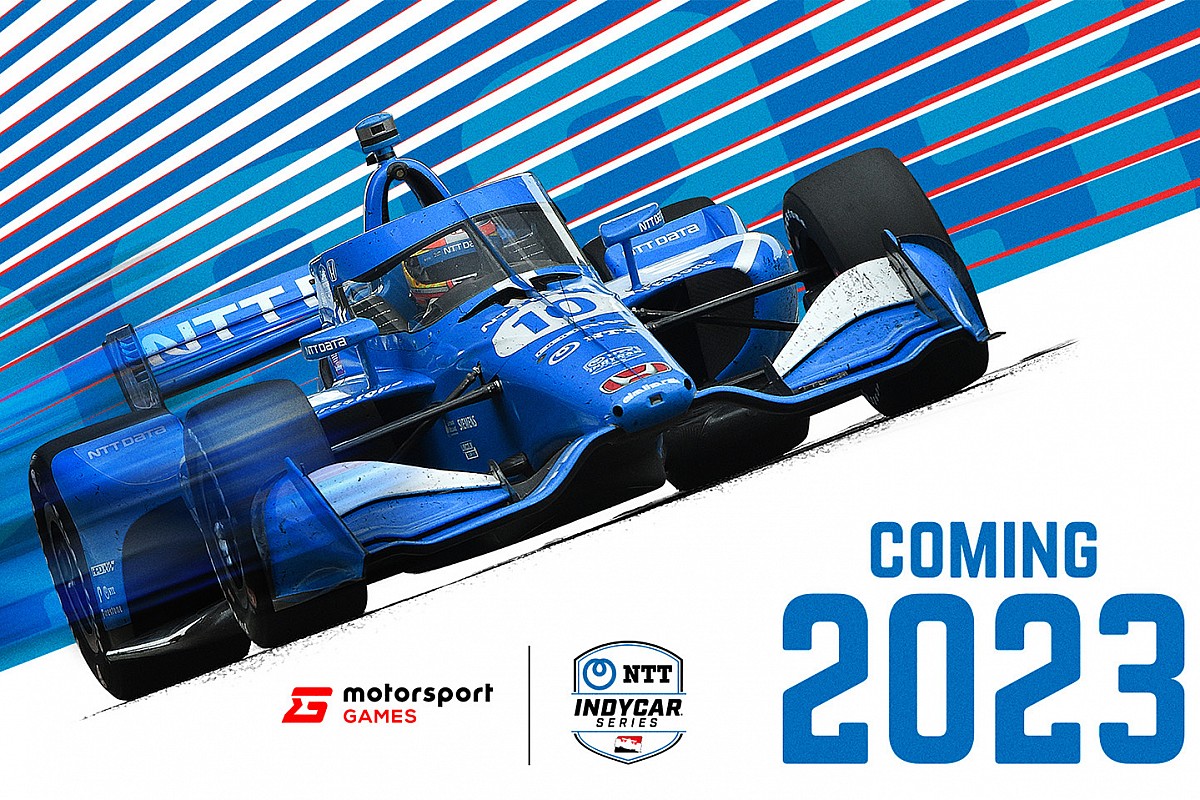 The Esports license was entered into with the intention of the parties to the license to form an exclusive relationship to develop official esports INDYCAR SERIES events. The debut title is expected to launch in 2023 on Xbox and PlayStation consoles as well as PC. The partnership also includes an esports agreement that can start already this year. Details of competitions where NTT INDYCAR SERIES athletes are expected to be announced at a later date.

“Motorsport Games and INDYCAR are excited to give fans a long-delayed dedicated gaming experience,” said Dmitry Kozko, CEO of Motorsport Games. “After decades of world-class racing, we can not imagine a more deserving league for a video game franchise. INDYCAR shares our commitment to bring authentic experiences to motorsport enthusiasts. Fans can expect the NTT INDYCAR SERIES to meet the same level of excellence and immersive play that they expect from Motorsport Games. ”

“Our partnership with Motorsport Games will bring the strong competition of NTT INDYCAR SERIES to a global gaming audience that is hungry for quality sports content,” so Mark Miles, CEO, Penske Entertainment. “Like the talent and depth of our field, INDYCAR’s universe continues to expand and grow rapidly. Motorsport Games is an industry leader with a track record for innovation, and we know that our fans will have 2023 and the debut of this new NTT INDYCAR SERIES video game circled on the calendars. ”

Motorsport Games’ relationship with INDYCAR will produce a completely new franchise that is eagerly awaited by both racing and gaming fans. INDYCAR’s bold, daring and unapologetic racing style is the basis for a video game franchise built entirely around the growing brand. North America’s premier open-wheel race series features a growing selection of growing young stars and talented veterans with global name recognition. These daring athletes compete across a uniquely challenging and diverse set of ovals, road and street courts.

“I’m really excited that fans will be able to bring the NTT INDYCAR SERIES into their homes with this new video game series,” said Arrow McLaren SP driver Pato O’Ward. “This is such a great opportunity for fans to connect with our series even more, from watching us on the weekends to playing like us on their favorite tracks whenever they want.”

Motorsport Games, a Motorsport Network company, combines innovative and engaging video games with exciting esports competitions and content for racing fans and players around the world. The company is the officially licensed video game developer and publisher of iconic motorsport series including NASCAR, INDYCAR, 24 Hours of Le Mans and the British Touring Car Championship (“BTCC”). Motorsport Games is an award-winning sports partner of your choice for 24 Hours of Le Mans, Formula E, BTCC, the FIA ​​World Rallycross Championship and the eNASCAR Heat Pro League among others.

Certain statements in this press release that are not historical facts are forward-looking statements within the meaning of Section 27A of the Securities Act of 1933, as amended, and Section 21E of the Securities Exchange Act of 1934, as amended,and is provided under the safe harbor provisions of the Private Securities Litigation Reform Act of 1995. Any statements in this press release that are not statements of historical fact can be considered future-oriented statements. Words like “continue”, “will,” “can,” “could,” “should,” “expect,” “expected,” “plan,” “intend,” “predict,” “believe,” “estimate “Predict”, “potential” and similar terms are intended to identify such forward-looking statements, which include, but are not limited to, statements about: (i) Motorsport Games’ (or “Company”) future business, future operating results and / or financial circumstances, including without limitation, with respect to the Company’s future growth; (ii) expected future impact of new or planned products or offers and the time of launch of such products and offers, such as Motorsport Games’ The INDYCAR video game will also be launched in 2023 on Xbox and PlayStation consoles such as PCs and that the partnership with INDYCAR also includes an esports agreement that can start as early as this year, and (iii) the expected future impact of the implementation of management strategy r and the impact of other industry trends. All forward-looking statements involve significant risks and uncertainties that could cause actual results to differ materially from those expressed or implied in the forward-looking statements, many of which are generally not under the control of Motorsport Games and are difficult to predict. Examples of such risks and uncertainties include, but are not limited to: (i)difficulties, delays or less than expected results in achieving the company’s growth plans, objectives and expectations, for example due to a slower than expected financial recovery and / or the company’s inability, in whole or in part, to continue to carry out its business strategies and plans; (ii) difficulties, delays or unexpected events that may affect the timing and extent of the launch of new products; and / or (iii) difficulties, delays or less than expected results with the implementation of the companymanagement strategies, for example due to higher than expected costs or delays and expenses added by the ongoing and protracted COVID-19 pandemic and its variants. Factors other than those mentioned above may also cause Motorsport Games’ results to differ significantly from expected results. Additional examples of such risks and uncertainties include, but are not limited to (i) Motorsport Games’ ability (or inability) to maintain existing ones, and to secure additional licenses and other agreements with the various racing series; (ii) Motorsport Games’ ability to successfully manage and integrate any joint ventures, acquisitions, solutions or technologies; (iii) contingencies, transaction costs and actual or contingent liabilities; (iv) the ability to attract and retain qualified employees and key personnel; (v) negative effects of increased competition on Motorsport Games’ business, operating results and / or financial circumstances; (vi) the risk that changes in consumer behavior may adversely affect Motorsport Games’ business, operating results and / or financial condition; (vii) Motorsport Games’ ability to protect its intellectual property rights; and (viii) local, industrial and general business and economic conditions. Additional factors that may cause actual results to differ materially from those expressed or implied in the forward-looking statements are contained in Motorsport Games’ filing with the Securities and Exchange Commission (“SEC”), including the annual report on Form 10. K for the financial year. which ended on 31 December 2020, the quarterly report on Form 10-Q for the accounting quarter ended on 31 March 2021, as well as in the subsequent filing with the SEC. Motorsport Games expects that subsequent events and developments may lead to changes in plans, intentions and expectations. Motorsport Games assumes no obligation, and specifically disclaims any intention or obligation, to update any forward-looking statements, whether as a result of new information, future events or otherwise, except as expressly required by law. Future-oriented statements speak only of the date they come and should not be relied upon to represent Motorsport Games’ plans and expectations from a later date.

Information about websites and social media

Investors and others should note that we disclose financial information to our investors using our investor relations website (ir.motorsportgames.com), SEC filing, press releases, public conference calls and webcasts. We use these channels, in addition to social media and blogs, to communicate with our investors and audiences about our company and our products. It is possible that the information we post on our websites, social media and blogs can be considered essential information. Therefore, we encourage investors, the media and other interested parties in our company to review the information we post on websites, social media channels and blogs, including the following (which list we will update from time to time on our investor relations website):

The content of these sites and social media channels is not part of and will not be incorporated by reference into this press release.