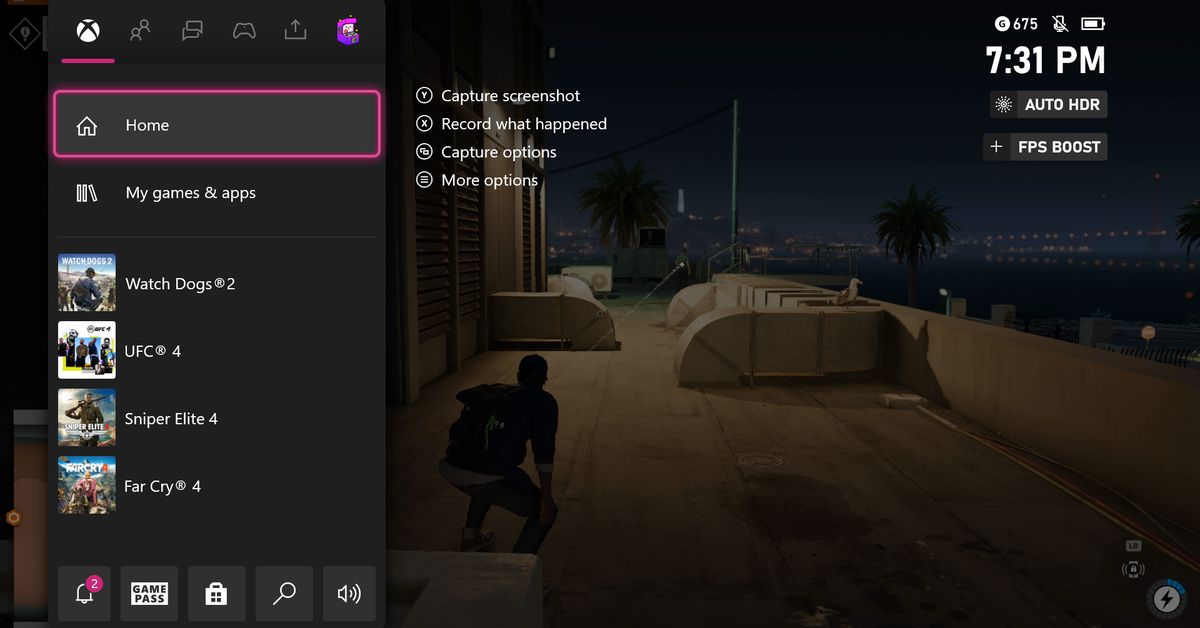 Some games will almost double the frame rates, and Microsoft says it has seen a few instances where backward compatible titles even quadruple the frame rates. The first games that support FPS Boost are Far Cry 4, The Super Lucky̵

7;s Tale, Sniper Elite 4, UFC 4, and Watch Dogs 2. The improvements vary across games, with The Super Lucky’s Tale now runs up to 120 frames per second, and UFC 4 includes performance of 60 frames per second on the Xbox Series S specifically.

Games that work with FPS Boost will include a new indicator when you press the Xbox button on a controller, just like how Quick Resume or auto HDR indicators appear today on Xbox Series X and S consoles.

“This is just the beginning,” explains Paul Eng, senior Xbox presenter. “We will announce and release more titles with FPS Boost soon, as we launch new menu icons and system settings in an upcoming system update.” This new dashboard update is coming this spring and includes the ability to turn compatibility options into play. You will be able to disable automatic HDR or turn this new FPS Boost feature on and off to really see the effect it provides, or just play games in their original form.

Microsoft will soon launch FPS Boost more widely with this new dashboard update. While the initial list is quite limited, Microsoft says it plans to announce more games that support FPS Boost in the coming months.