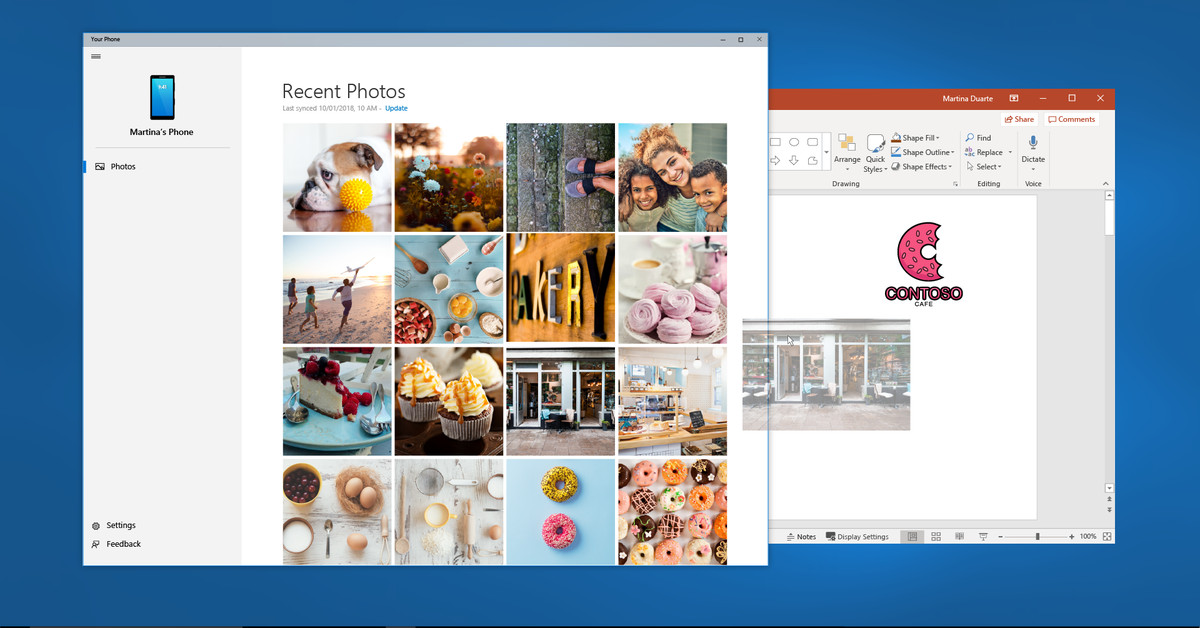 Microsoft begins testing its new Your Phone app for Windows 10. The software provider first presented the app to the company's Build Developer conference in May and is designed to mirror content from a phone to a PC. Android phone users will be able to test the phone first, with the ability to drag and drop the latest photos straight into Office apps and other Windows apps directly from a phone. Microsoft also plans to add support for text messaging synchronization and notifications from phones to mirror to a PC.

Your phone app requires an Android app to be installed to mirror phone content to a PC, and Microsoft is also planning to expand This same feature to iPhone users. Microsoft claimed that images and messages will be mirrored from iPhones to Windows 1

0 PCs back to Build, but the company is only tested with Android right now. Microsoft's latest blog post only mentions continuations on PC features, not the message, photo and notification sync.

Your phone app will be tested as part of Microsoft's next Windows 10 update, the code name Redstone 5. This update will be available in October, but it is not clear if your phone is sent directly in this update or made available as a separate app when the test is complete.