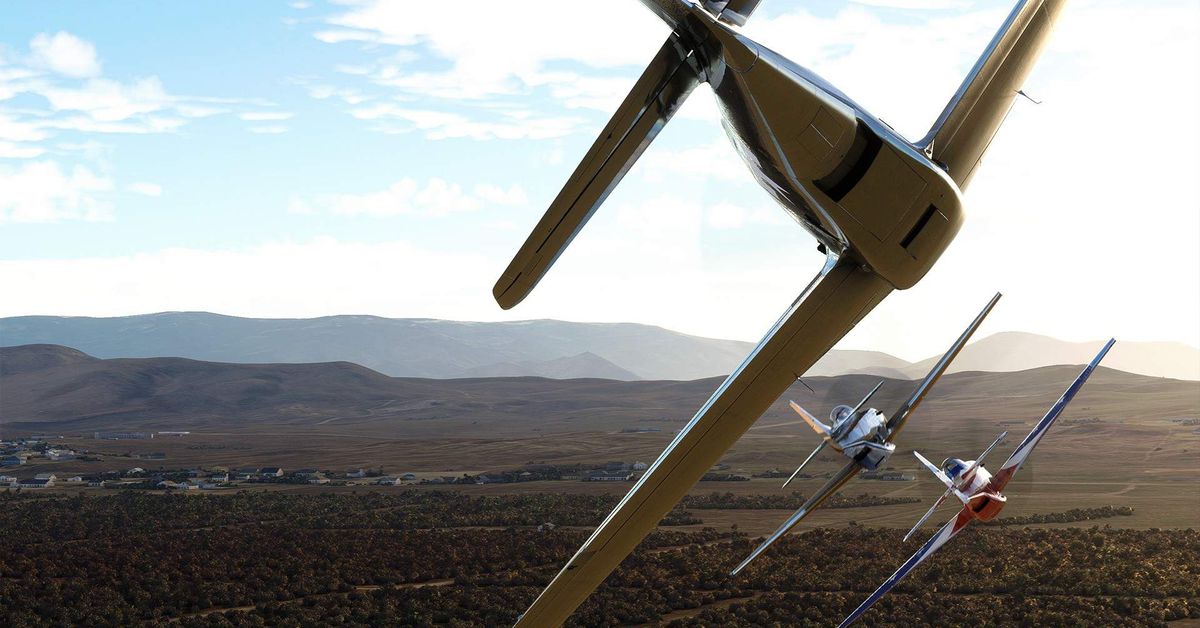 Microsoft has revealed the next big additions that are coming Microsoft Flight simulator later this year, including the Volocopter VoloCity air taxi; updated maps for the regions of Germany, Austria and Switzerland; and a competitive online multiplayer mode.

First up is a new series of “Local Legends” aircraft being added Flight simulator, which will offer flights that are known in a particular region that may not be as well known. The goal is to make these planes roll together Flight simulatorworld updates, so the first Local Legend aircraft will coincide with the upcoming World Update VI (with Germany, Austria and Switzerland) and offer a hyper-realistic re-creation of the Junkers JU-52. The world update will be released on September 7 for free, while the Junkers JU-52 costs $ 1

On the flip side, Microsoft is also adding a far more futuristic aircraft in a November update: Volocopter VoloCity air taxi, an eVTOL (electric vertical take-off and landing) helicopter with big ideas for reassessing urban mobility (although the first aircraft in the real world has been somewhat overwhelming.)

Finally, Microsoft is adding the Stihl National Championship Air Races this fall as “the first major expansion” Flight simulator. The new expansion will be a racing mode for eight players, and it will allow players to fly planes from World War II at breakneck speeds to prove who is the best pilot of all. However, there is no specific release date, although it should be out sometime in the fall.

However, the new racing mode will contain a major break with reality: Microsoft Flight Simulator Jorg Neumann tells Polygon that due to contract agreements with manufacturers, the game can not show that planes are damaged, so when players collide in races, the planes will simply disappear.