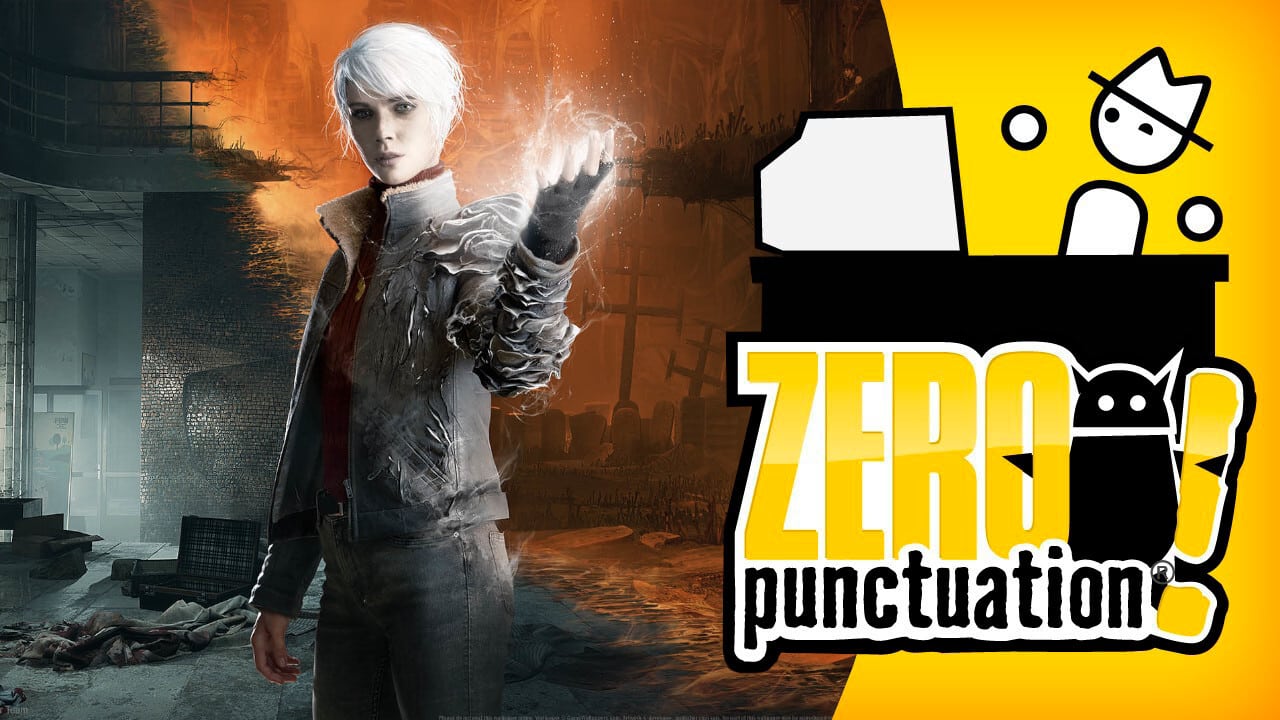 Want to see Zero Punctuation without commercials? Sign up for The Escapist + today and support your favorite content creators!

You know what, Konami, I don ‘t even care about Silent Hill anymore. You make all the Pachinko machines and arcade shooters and Pyramid head-shaped suppository sets you like. I loved Silent Hill once, but you know what, that’s how they make you associate us with name series. Therefore, Disney can sell haunted Zyklon-B containers just by sticking C3PO in front. I do not want a new Silent Hill, I want interesting new horror games that take advantage of Silent Hill’s influence. I like bands influenced by Nirvana, but I would not like it if they nailed the body of Kurt Cobain on the front of the drum kit. Well, you̵

7;m in luck, Yahtzee, I’m running an old game reviewing giant sea turtle, because here’s The Medium, a new original survival horror game, not only inspired by Silent Hill, but with music from Akira Yamaoka herself. Yes, all the dirty Silent Hills had music from Akira Yamaoka. So did the Dead by Daylight expansion, and Shadows of the Damned, and … World of Tanks ?! Akira Yamaoka apparently has trouble saying no to people. And why are you trying to cover the developer logo? Erm. ‘Because it’s by the Bloober Team. Ugh. Damn walking simulator sellers. Wish they simulated going over to a fucking blackboard and coming up with some new ideas for once.

Oh, but this is not just a first-person walking simulator – it uses a fixed third-person camera in direct reference to classic survival horror! Hm, consider me on board for now, Bloober Team, but the moment you make me go back through a door that inexplicably leads to another place, I make you play my new one, get kicked in the ass simulator. Because you see, that comrade tells me something important: that someone gets it. Some people understand that the third person’s fixed camera adds to the atmospheric feeling of detachment that survival horror benefits from. Feels more like you are being watched from the shadows by unknown parties and less like you are placed up against the main character’s nice warm ass all the time. Some people may say that The Medium almost does not need it, since the atmosphere of detachment is sufficiently created by the personalities of all the characters, but there would be some very cruel people. In any case, The Medium is about a twenty-two girl who wears clothes of size somewhere between small and large, and who also has the ability to perceive the spirit world and talk to the recently deceased.

She is called out to an abandoned resort and the site of a famous massacre to uncover the gruesome truth behind both it and her mysterious origins, and obtain some material for her city-exploring Youtube channel. This may sound strange, but it took me a while to find out that this regular camera survival horror game with a gloomy atmosphere of exploring both a dilapidated real world and an identically laid scary underworld that looks like it’s made mostly of ham, was to be Silent Hill inspired. Talk about missing otherworld for the crucified bodies on spikes. I guess I just did not take the same mood. It reminded me more of Dark Seed, the old point-and-click adventure game of exploring an HR Giger-designed parallel dark world while the protagonist struggles to overcome fear of the mustache. Silent Hill feels organic and visceral and wet, The Medium felt more dead and dusty and as dry as a newlywed Baptist who does not believe in foreplay. Some sort of combat element may have helped. I’m not saying that because Silent Hill had combat, Silent Hill combat was like the stick in the ice bucket, and served a purpose, but not the part you want to chew on – it seemed like The Medium should have a combat element, but then it not it.

All the pieces were in place. We determine that ghosts can hurt us, and that we’re going to a place with more ghosts than the dealer box in the Call of Duty store, and that the protagonist can load her arm with liquor juice to give a blast and a shield, so I was like , great, ghost laser tag, let’s Luigi’s Mansion this bitch. But then we do not get it. Your blast attack is mainly used to remove clutter from the road as if it were a fucking astral leaf blower, and the closest thing to fighting is the strange forced stealth stroke avoidance sequence against a recurring monster that kills you in one hit, which is about as engaging as such things. is ever, that is, as much as holding a fart at a distant cousin’s wedding. And then at the end of each action, the protagonist – who I seem to remember having a name, but it’s one of many things about The Medium I struggle to remember – confronts a large elaborate monster spirit form of the one who has stirred up problems last and it really seems like a setup for a boss fight, and then the name just defeats them in the same cutscene without caring. I do not ask for the exchange of ectoplasmic spheres when our flaking protagonist avoids as Sonic the Hedgehog.

But the artists seem to have put a lot of work into the monster designs, and I’m sure it would feel more worth it if we had the chance to explore all of their jiggly flaps in search of the weak spots. On the monsters, I mean, not the artists. Fighting is not just a distraction to keep the cramped children busy while mom and dad stroke their chins at the random document retrievals – to a horror game it gives context and commitment. Having to use a machete to hack away the growth in your path is what separates exploration of the jungle from a nature walk. The ongoing theme of my time with The Medium is that I always felt like I was more on skates on top of it than being immersed. The game did not grip me. It’s the usual survival pot inventory puzzle thing – exploring the environment, finding the door blocked by rabid polecat, exploring a little more, finding the box with rabid polecat repellent etc – but the level of design is constantly tending us towards progress and I never felt like I was coming up with the solutions . Example: There’s a bit where the recurring monster steps around, and we have to avoid it until we find a way to restart a generator, at which point the protagonist’s lady said “Aha, now I can turn the tables on the monster! ”And I was like“ You can? It is not really clear how. Do you want to connect to a Karaoke machine and challenge it to something stupid?

I was not touched by the story either. Although there may be retroactive effect due to the end. If your plane ends up in the mountains, it is difficult to have fond memories of the airline’s service with a warm towel. Token warning: Just call me a car shop for douchebags, because there will be lots of spoilers. Basically, the main character is – Marianne? I think it was Marianne – find the person who caused everything, and the person told her to shoot them to stop the monster. And Marianne decides that she has become very attached to this person during the nine seconds they have had to talk, and instead suggests shooting herself, which would also stop the monster with some difficult logic that I was not completely convinced. The argument escalates a bit, and is then cut to black, shot, roll credit. So she shot either herself or not, assuming it will depend on the viability of the sequel. Medium has good visual design and atmosphere, but I did not think of them during my suddenly much freer afternoon. I wondered why violent ballistic death ran so fast to the top of Marianne’s solution. Just felt really out of nowhere. Lack of characterization I guess. The suicide ending made sense in Spec Ops The Line and Silent Hill 2, and my last school reunion.