Masahiro Sakurai was not involved with balancing Super Smash Bros. Ultimate for the first time in the series 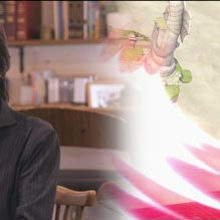 All balance decisions for Super Smash Bros. 64 and Melee were made solely by Sakurai by comparison

With Super Smash Bros. Ultimate being in the hands of gamers for over two weeks now, we're starting to get a feel of which combatants are the strongest. Having difficulties with inkling and chromium? You're probably not alone there.

As with almost any game, some characters are just stronger than others. Eventually, the community will arrange everything in different categories to form the most commonly accepted tier list. Achieving perfect balance in a fighting game without sacrificing character Uniqueness might actually be impossible

Masahiro Sakurai, the Super Smash Bros. series creator, is typically involved with almost every facet of the development cycle of his games. It's no wonder that he was hospitalized during the creation of Super Smash Bros. Melee since he worked 1

3 months straight without a day off. While working on Super Smash Bros. 4, he ended up developing calcific tendonitis in his right arm.

Luckily, Nintendo has reported that Sakurai was in good health before the release of Super Smash Bros. Ultimate's. Considering the roster size, this is actually an impressive feat if it was a roster that stunned the rest of the team with silence when they first learned of it.

Sakurai likely had to trust others to oversee the direction of portions of the game. and focus his attention. According to Source Gaming 's overview of a interview with Sakurai, he left the balance entirely to the balance team.

Interestingly, Sakurai was not involved with adjusting parameters at all. This is actually the first time where he wasn't involved with these types of decisions.

An article released by Source Gaming back in 2016 revealed that Sakurai had the final say in balance decisions for Super Smash Bros. 64 and Melee. He attempted to balance the games throughout all modes – not just 1v1.

For Super Smash Bros. Brawl, a team that included Sakurai worked on maintaining the balance. Adjustments were made based on the results and records of four people playing the game.

This team was even larger for the development of Super Smash Bros. 4. Compared to Brawl's playtesting team, there were 12 people involved this time. Notably, this was the first game in the series that incorporated balance patches.

One can imagine that the strengths and weaknesses of all 74 characters (76 if you count Pokémon Trainer as three separate entities) are in Super Smash Bros. Ultimate could be a time consuming process. We don't know how many were involved yet, it seems that Sakurai had nothing to do with the fine tuning of numbers.