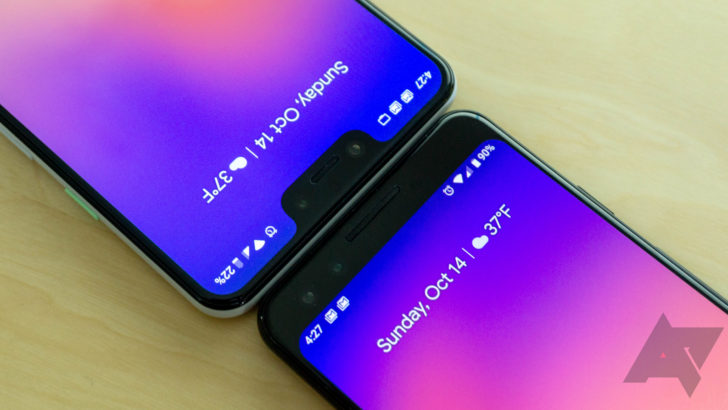 Notice that Google's latest pair of flagship phones have had some issues since launch, and based on reports we've seen, we've got another problem adding to our growing list. Many Pixel 3 and Pixel 3 XL owners report a wide range of issues related to phone calls, behaviors that cover a range of things from more "basic" audio quality issues such as choppy or inconsistent sound and tinniness for long call time and intermittent microphone errors.

Reports are widespread, with a surprising number of threads posted on both Google's product forums and Reddit. Based on these reports, the problem does not appear to be limited to any carrier or device, with both sizes and apparently more SKUs in several countries experiencing call queries, and the issues manifest themselves on both Wi-Fi and mobile calls. For some, disabling advanced or enhanced mobile operator features, which typically use VoLTE for enhanced voice quality, seems to reduce the problems for some, but most people seem to experience issues regardless of the setting.

Again, these call-related issues cover a large number of apparent circumstances, but issues include:

Those who have these call queries claim that the issues can be interrupted and affect only a fraction of conversations that have been made. Problems may also present themselves at the beginning of a conversation, or they may not get into any of the symptoms for several minutes.

Google has issued RMA replacement hardware for any of the affected, but in many cases, the issues continue. Typical troubleshooting methods like factory settings or safe mode apparently have no effect.

Reports indicate alternatively improved, deteriorated or unaffected changes due to this month's Pixel updates, but reports continue to occur at the time of writing. 1

9659003] We have come to Google for comment, but have not heard yet. Meanwhile, there is a problem among an already big list to keep an eye on as a Pixel 3 or 3 XL owner.