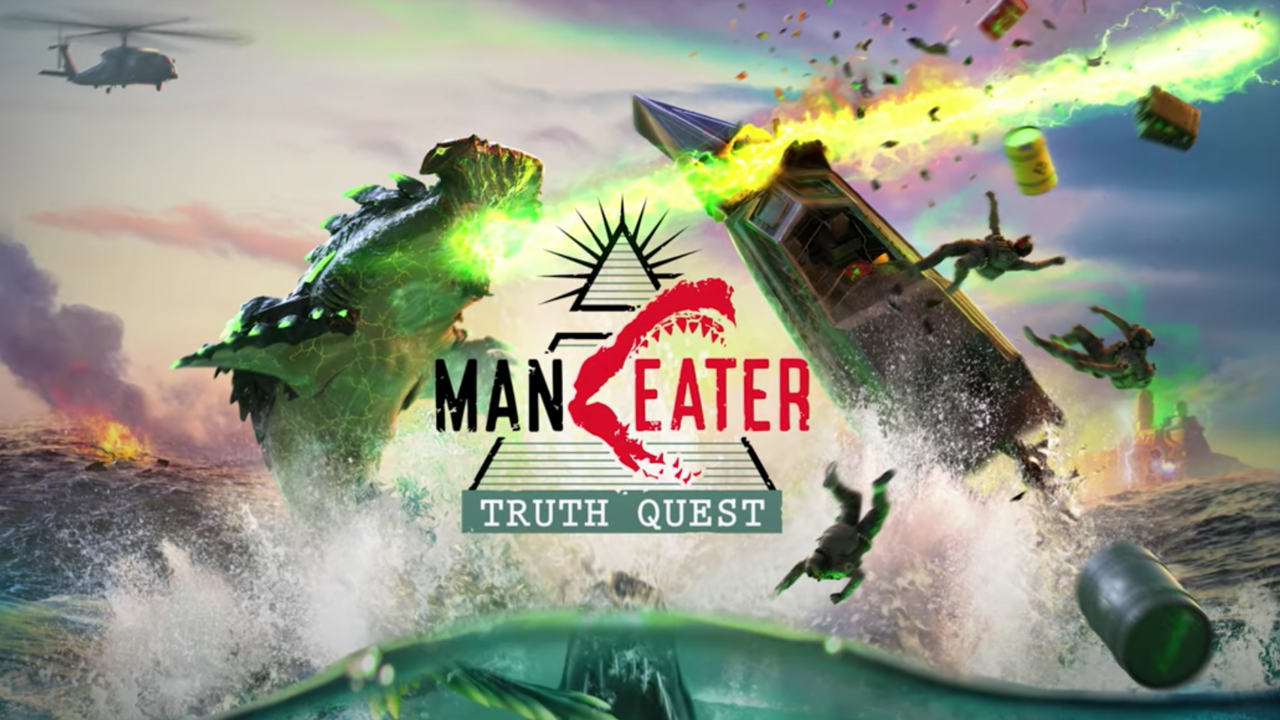 The next DLC for the killer shark game Maneater will be released on August 31, Tripwire Interactive has announced. Truth Quest DLC will be released that day on PS5, Xbox Series X | S and PC, as well as PS4 and Xbox One.

Tripwire announcing the date this week is probably not coincidental, as this is Shark Week. You can check out a brand new trailer for Truth Quest below.

As previously announced, Truth Quest has several narrative elements that continue the story of journalist / narrator Trip Westhaven, performed by Chris Parnell from SNL, 30 Rock, Archer and Rick & Morty fame. Westhaven believes he has revealed new secrets and conspiracies about a killing shark created by the government.

In Truth Quest you will swim through a new place ̵

1; an island off the coast of Port Clovis, and you can make your shark even more deadly with more evolutions to grow into. The level cap is increased to 40, while there are new enemy creatures to take on . Also, the game’s bounty hunter system – which the government is calling to take you down – sees some updates with Truth Quest DLC. Helicopters will now come after you, while the military forces chasing you now have more weapons and vehicles.

There are also new targets, including “Failure to Communicate” (tail whip objects to destroy a target) and “Time Trial” (swim through rings in the allotted time).

With the sharply written, fun delivered story and story beats to freshen up the experience as you go, Maneater becomes a silly, fish-flopping frolic, with a good balance of limbs to cut, boats to destroy, and challenging creatures to render in bit-shaped bits, said reviewer Phil Hornshaw. “Maneater is not a perfect shark simulator, but it is a fun and funny that has positive adaptations that outweigh the disadvantages.”

GameSpot can get commissions from retail offers.