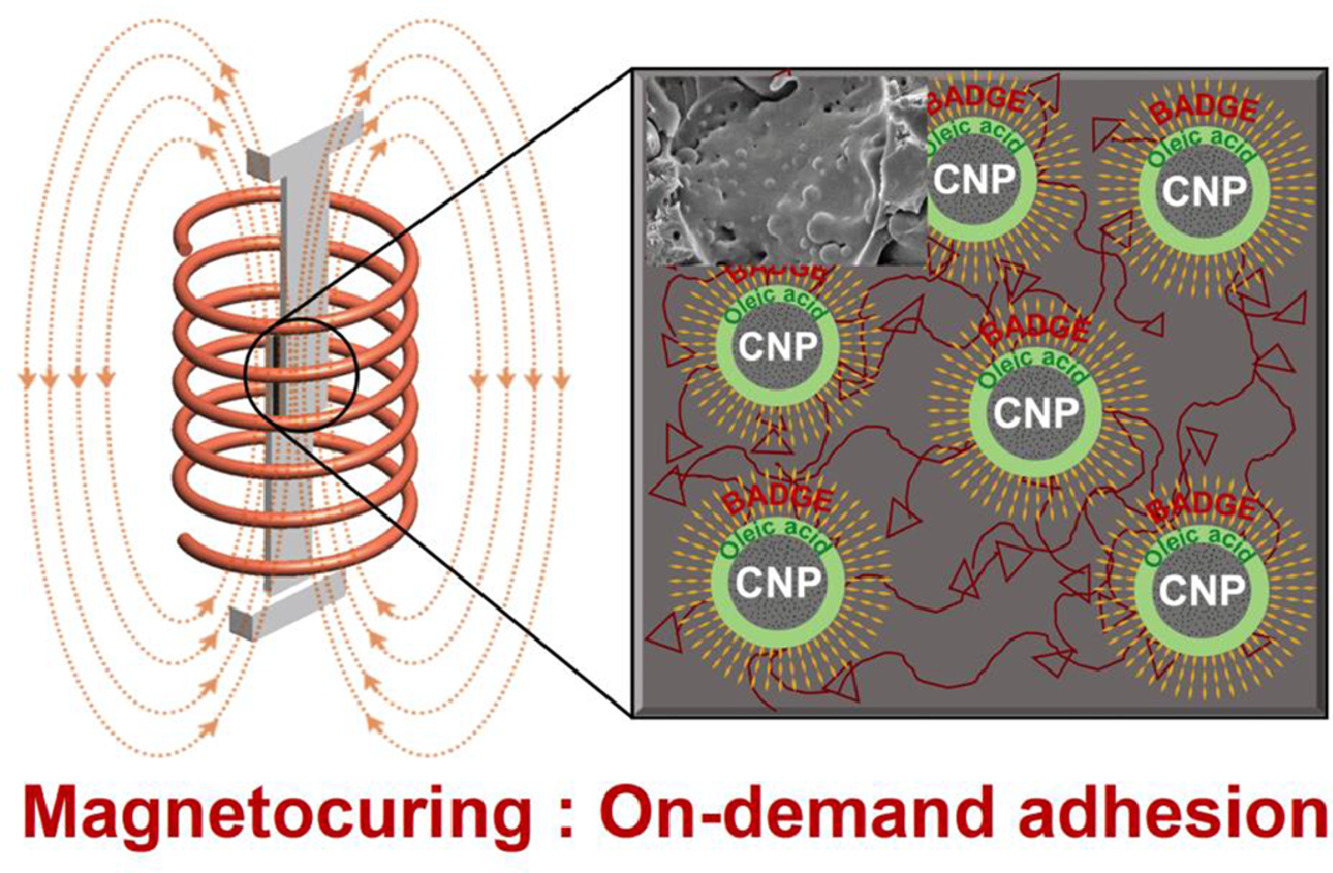 Who does not love epoxy? Epoxy resins, also known as polyepoxides, are an important adhesive in many applications, both industrial and on a smaller scale. However, many polyepoxides require the application of heat (around 150 ° C for most types) to cure (cure), which can be complicated when the resin is applied or inside layers of temperature sensitive materials. Now, researchers at Nanyang Technological University (NTU) in Singapore have found a way to heat resins using an alternating magnetic field (PDF), so-called magnetic curing.

As described in the research article by R. Chaudhary et al., They used commercially available epoxy resins and added nanoparticles of a MnxZn1

-xFairy2O4 alloy. This mixture was subjected to an alternating magnetic field to induce currents in the nanoparticles and then produce heat which served to raise the temperature of the surrounding resin to approx. 160 ° C in five minutes so that the resin hardens. There is no risk of overheating, as the nano-particles are designed to reach the Curie temperature, at which point the magnetic field no longer affects them. The exact Curie temperature was adjusted by changing the amount of manganese and zinc in the alloy.

After trying a number of different alloy formulations, they settled on Mn0.7Zn0.3Fairy2O4 as the optimal formulation where no resin combustion occurred. As with all research, it is difficult to say when (and if) it will turn it into commercial applications, but if this type of technology works out, we can soon glue parts together using epoxy resin and an EM field instead of fumbling. with the pleasure of two-component epoxy.