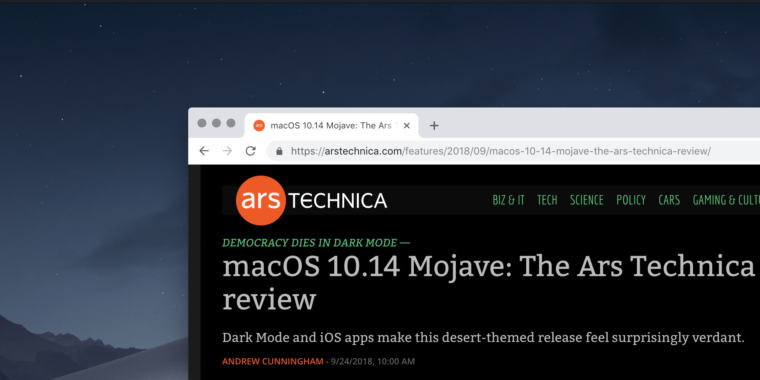 Apple added dark mode to macOS with its Mojave software update in September. Since then, third-party apps have been adding dark themes to go along with it, but there have been a handful of notable outliers, like Slack and Google Chrome. We've now learned that the latter of those will get a formal dark mode in an upcoming release, probably Chrome 73.

As noted on Reddit and reported by MacRumors, a code change was submitted to Chromium on December 5 that lay the groundwork for the future public release.

This change hooks up the "DarkMode" feature, allowing for three states
in Mojave :
̵

Since We build with an SDK <10.14, we still need the Info.plist
key, but it must now be false.

Chromium is the first stop for changes to Chrome, with more steps along the way like the beta release, before the changes finally make it to the public release. Even in Chromium, the feature requires digging into code to activate, so this is early along. But dark mode is clearly on the way.

Presently, there are third-party dark themes available for Chrome, but not all elements in the Chrome UI can be made dark in those. This update would add a comprehensive dark mode.