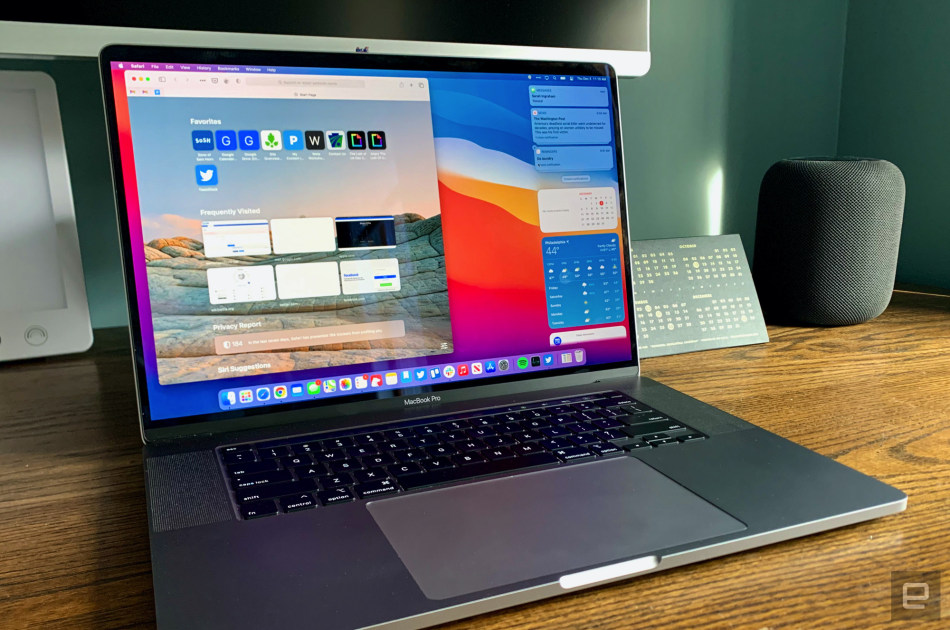 If you use both an iPhone and a Mac, Messages is probably one of the most important apps you have on both devices. Fortunately, with Big Sur, the messaging experience is almost identical across platforms. iOS 14 brought a number of new features in response to the line, the ability to capture conversations, @ mentions and custom photos for group chat, enhanced search features – and they’re all here in Big Sur. Apple also brought a few features that have been in Messaging for iOS for several years to the Mac, including built-in GIF search, Memoji stickers, and “message effects”

; (like sending a message with a cloud of confetti or fireworks). So if a friend sends a message from your phone with the laser effect, you will not see the boring text description “sent with lasers” on your Mac anymore. Those are the little things.

The Maps app has also received some major updates, bringing it back with what you find on iOS. Supporters of Google Maps do not care about these changes, but Apple Maps on the iPhone is actually very good these days (at least in the US). But like messages, Maps on Mac lacked many features that Apple had added to its iOS app over the years. Now they are in perfect symmetry. The biggest benefit is that any “guide” (basically a list of places you store) you create on your phone will also be available on your Mac, and vice versa. In the past, Maps only let you add places to a single “favorite list”, but having multiple lists is far more natural. That way you can save places you want to visit on holiday (when we are allowed to travel again, sigh) separately from your local favorite places, for example.

All of these lists are stored in a new sidebar that also includes favorite sites like your home and work addresses, as well as recent searches. When you click on the search box at the top of the sidebar, a new Maps feature will also appear: Guides. These are third party curated lists of local places like restaurants to try and best to take pictures; you can save the ones you want to get back to. The guides range from trusted sources such as Lonely Planet and The Washington Post, to smaller, more specific options such as Fotospot and AllTrails. There are not lots of guides yet, but you should be able to find some for most major cities. There are guides from around 20 publishers, and hopefully it will continue to grow over time.

Finally, Apple’s “Look Around” features, basically a response to Google Street View, are on the Mac for the first time. It’s only available in “selected cities” right now, but given the pace Apple has been improving on Maps lately, this will hopefully appear wider soon. As is often the case with Apple Maps, the company is behind Google in a number of areas, so Google Maps followers are unlikely to switch. But I prefer to use Apple Maps for turn-by-turn navigation these days, so I’ve been using the app more and more – having the same experience available on my Mac is important if Apple is to convert more users to its platform.

These are the biggest updates, but Apple made trinkets and tucks on many other apps. Unfortunately, one of the most significant is one that I have not been able to try yet: privacy labels that are added to every app in the App Store. They are not live yet, but when they are, you will be able to see what tracking data an app can collect, what personal information is associated with a user, and what data is collected but not linked to your identity. Unlike Safari’s privacy report, these cards in the App Store are the kind of thing you can check out before installing software, so you get a better idea of ​​what a developer can do with your personal information. Given how difficult it is to keep track of, this is definitely a smart move. (These cards will soon be available for iOS as well.)

Other changes include new video and photo editing tools in the Photos app, a redesigned “Listen Now” experience in Apple Music, the ability to assign reminders to other family members, improved search in Notes, and a bunch of other relatively minor updates. . Most of these are features that Apple added in iOS 14, so it’s not surprising to see them appear on Mac. I appreciate the fact that in recent years with software updates, Apple has put more focus on keeping the feature sets of the core apps synchronized across platforms.

Another change you may have noticed on the iPhone that is now on the Mac is optimized battery charging. Apple says they learn how to use the computer and optimize charging to avoid battery wear. In practice, this means that the operating system keeps the battery charge at 80 percent when the computer is connected for “longer periods” (such as overnight). This ensures that the battery is full at times when you normally disconnect. I can not say if this has made any difference to my battery yet, but I would say that my charging patterns on a Mac are less consistent than with my phone, which hits the charger every night. Sometimes I’m connected all day with my laptop, and other days I wander around the house with only short charging breaks. But I have not had any problems with the Mac not being fully charged when I need it, so I’ll leave the setting on for now.