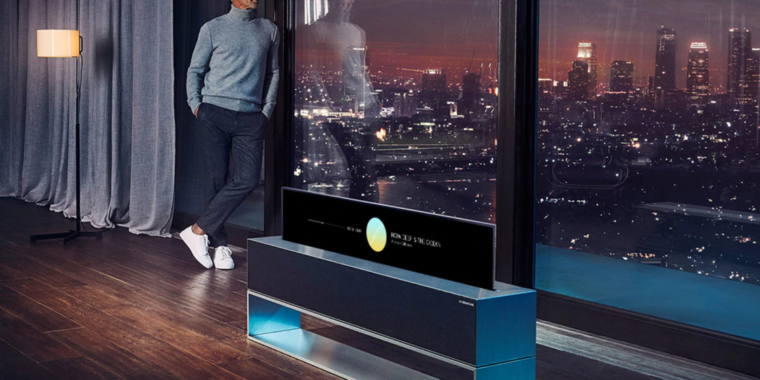 Apart from the scrolling function, the TV offers little above other OLED TVs. The Signature OLED R does not even have the best picture quality that LG’s OLED series has to offer. The advanced, non-rollable G1 sets (which cost just under $ 3000) can achieve greater brightness, which is the key to making a big impression with HDR content. The rollable version instead provides similar performance as 2020’s advanced OLED set. (The highest brightness upgrade was exclusive to the 2021 G-Series.)

The LG C1 is without a doubt the most comparable set from the 2021 series in terms of picture quality, and the 65-inch version of that TV sells for just over $ 2000. This means that you pay almost 50 times more for the ability to scroll the TV screen down like a car window.

That said, the Signature OLED R offers all the other features you’d expect from a top-of-the-line TV market in 2021: four HDMI 2.1 ports for 120Hz at 4K, support for HDR standards like Dolby Vision, a variable refresh rate, Amazon Alexa and Google Assistant support, and Dolby Atmos audio.

And if you are worried about mechanical failure when you roll the TV up and down, LG says that the TV will survive at least 50,000 rolls during its lifetime.

Signature OLED R not only rolls all the way into the base; it also has a mode called Line View, where part of the screen looks over the base and provides some simple information, including media playback controls, a photography widget, a clock and more.

Now the concept is finally a consumer reality, provided you are extravagantly wealthy. Pre-orders start in August, according to LG.