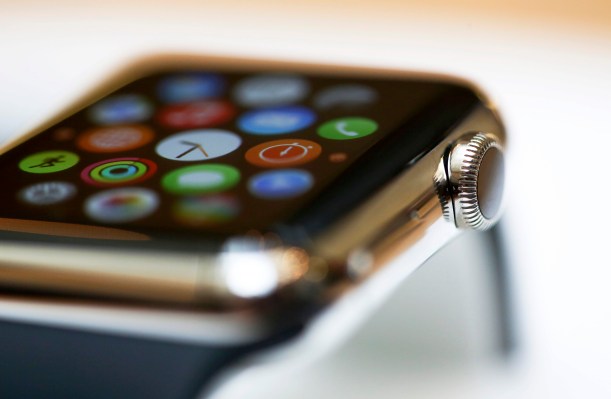 In addition to a leak that shows images from the new iPhone XS models, the 9to5Mac also got a picture of the upcoming Apple Watch Series 4. The new Watchet, which now has an edge-to-edge display, is in Today is expected to be revealed on September 12 at the just announced Apple press conference along with the iPhone XS.

The pictures of the upcoming Apple Watch (which 9to5Mac notes are "not a rendering") show one clearly different from the existing editions. The display is now reaching the edge of the clock and confirms earlier rumors that Apple was going to give Apple Watch its first major redesign since its launch in 201 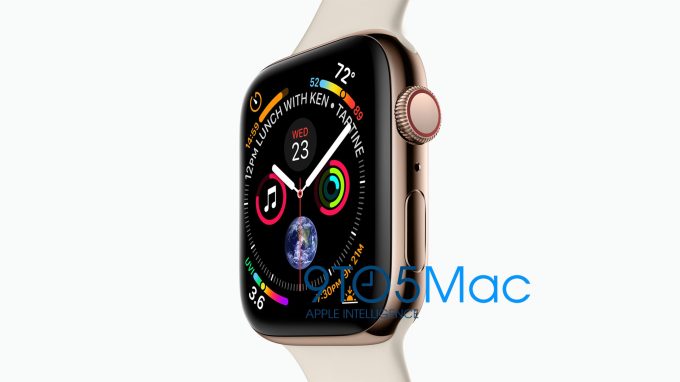 Apple apparently has benefited from the larger display area with a new clock surface that packs in much more complications.

In the image 9to5Mac published (see above), it's an analogue face that's virtually messy with additional complications including temperature, stopwatch, weather, activity rings, date, music, calendar updates, and even a UVI index. These are both scattered around the outside of the clock itself, and inside the bell, under the hands.

Maybe a little much. But the picture probably shows all possible complications that can be added to a customizable face according to the user's discretion, instead of a suggestion to add everything at once.

Of course, we have already begun debating the appearance, with a bit more enthusiastic in favor of the new face and all its associated accoutrement, and others – let's say more cautiously optimistic. 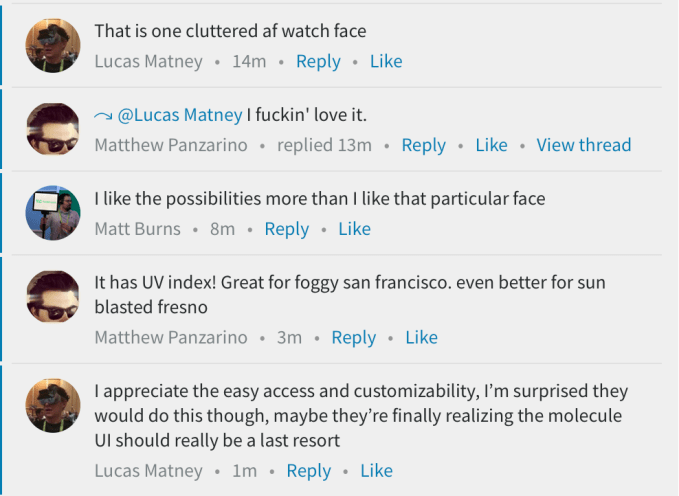 The image also shows a new hole under Digital Crown, which acts as an extra microphone, says the report.

Other changes, including any hardware upgrades and watchOS software features may arrive, are not yet known.