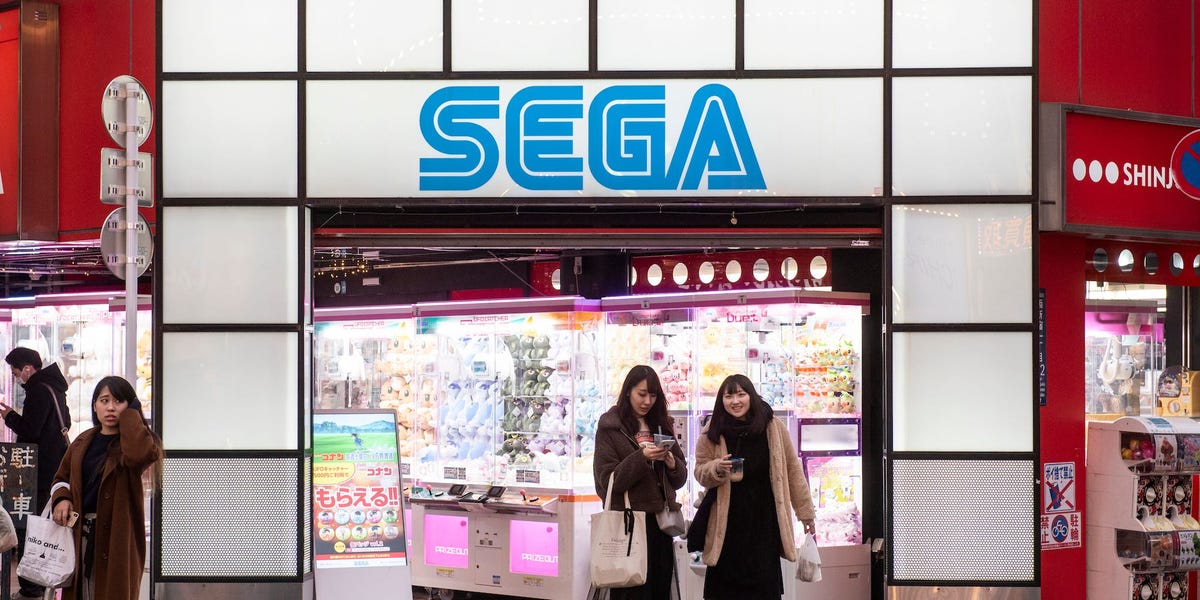 Sega’s Key Master arcade game is central to a complaint class that states that the game is intentionally rigged against players.

The lawsuit, filed Monday in California, said the game was “systematically marketed and sold” as a game of “pure skill,” but instead was rigged to “prevent even skilled users from winning”

; until it has been a set. number of losses.

Plaintiff Marcelo Muto is suing the company for $ 5 million.

“Nowhere on Key Master Machine does the defendant inform consumers of the truth: that the machines are rigged so that players can only win prizes at certain times,” Muto’s lawyers said in the lawsuit.

The game is available in arcades and malls across the country, Screen Rant reported.

Players must press a button to move a key into a specific keyhole to win prizes such as earbuds and video games.

The lawsuit said that even if a skilled player were to move the key into a specific keyhole for a prize, if it is not in a pre-programmed time that allows for a win, the game will exceed the keyhole and the player will lose. There are several YouTube videos with tips and tricks on how to beat the game that recognize the problem.

In the lawsuit, Muto’s lawyers said that the standard number of losses on a machine is set at 700 before winnings are allowed. They added that each machine can also be programmed individually for any number of losses before a win.

The game is no longer displayed on Sega’s website, but a similar game called Prize Locker was released and advertised as a “100% skill based” game. The lawsuit said that Sega itself acknowledged that the game is not a game of “pure skill” with the brand.

The lawsuit alleges that Sega switched because they realized that regulations in many parts of the world do not allow the Key Master game. They added that a conversion kit sold to modernize Key Master machines to more skill-based machines also shows that Sega was aware of the problem.

“The defendants have refused to cease their misleading conduct and continue to produce and advertise Key Master Machines as skill games, as opposed to the illegal slot machines they really are,” the lawsuit said. “This refusal, and the continued marketing of the key master machines as skill games, only serves the profit interests of the defendants.”

This is not the first time the Key Master game is causing controversy. Tucson.com reported in 2019 that a vendor settled a $ 1 million lawsuit over the game. Arizona Attorney General Mark Brnovich said the game was set up to allow only someone to win after 2,200 attempts, and that it was more like a game of chance, which is only legal in state casinos.