'Lack of security' blamed for the deadly gaming tournament 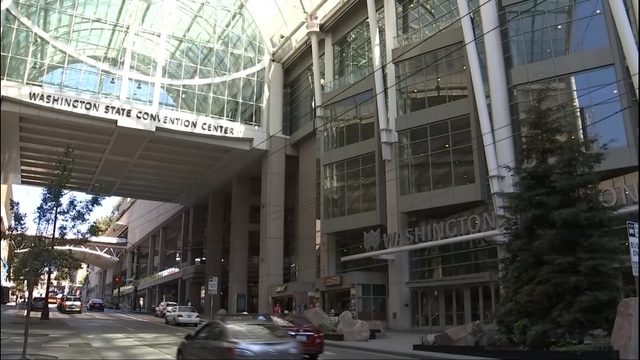 9 Qualifier tournament last weekend in Jacksonville, Florida. 19659004] "It was just panic for me," said 21-year-old Shay Kivlen. "It was really tough. I was going through a bunch of emotions."

Two young men were killed in the shooting; nine others were hurt. The suspect then turned the gun on himself. New court documents show that man, also a competitor, was previously hospitalized for mental illness.

In just four days, 100,000 people are expected to descend on downtown Seattle for the PAX gaming convention at the Washington State Convention Center, where security concerns are now coming to light.

"No metal detectors, no bag checks," says Kivlen. "I did not even see any security."

Scroll down to continue reading

Kivlen was on his way back home to Edmonds from the competition in Jacksonville. Kivlen's gaming name is "Young Kiv." He is considered one of the nation's top e-sports gamers.

He says security was conspicuous by his absence in Florida.

"Supposedly, there was one security guard," Kivlen said. "But I did not see any. And I was there both days. There was a real lack of security. "

This is just days before the Penny Arcade Expo or PAX returns to the Washington State Convention Center. Video has been posted on line from its 2017 Seattle convention.

Organizers have posted an extensive security protocol on the PAX website, including instructions to seek out volunteers known as Enforcers if they need help.

"A couple of years back, MLG Anaheim, a big convention center for Call of Duty, "X-Box," said Munoz. "There was no security there either."

He said security is usually lacking in gaming conventions.

"They haven ' "Munoz said." So as intense as these games are and all the trash talk that goes into it, one thing leads to another and you have a conflict like this. "

Kivlen , whose best friend was among the gamers killed in Jacksonville, believes even a metal detector would have saved lives.

"I do not think it could hurt anyone to have to go through a metal detector or have their bag checked," he said, "because in a Madden tournament, all you should be bringing anyway is a controller. "

PAX organizers are arriving at the Washington State convention center Tuesday. Officials say they will probably have more information later this week.

According to its website, the PAX convention is almost sold out. Visit Seattle says it could generate some $ 35 million over four days.