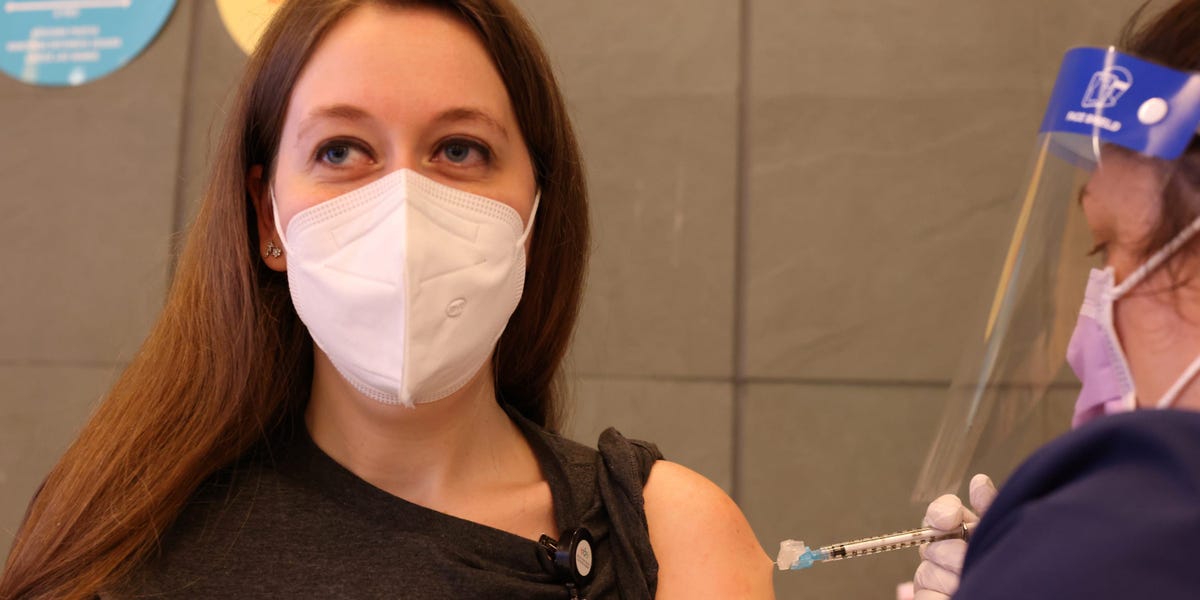 People who receive a COVID-19 vaccine in Los Angeles County will soon receive digital reminders they can put in Apple Wallets, Bloomberg reported on Tuesday.

The idea is that the digital token, provided by the software company Healthvana, will remind patients to come in for their second dose of the vaccine ̵

1; but it can eventually be used to access event rooms, or airports, if they take in so-called health pass systems. .

“We are very concerned. We really want people to come back for the second dose,” Claire Jarashow, director of disease prevention vaccine at the Los Angeles County Department of Public Health, told Bloomberg.

“We just do not have the capacity to make hundreds of requests for medical records to find people’s first doses and when they need to get their second,” she said.

Los Angeles County has registered nearly 720,000 coronavirus infections during the pandemic, far above the county with the second highest amount – Cook County in Illinois, with 385,000 – according to data from Johns Hopkins University.

One Los Angeles hospital is so overwhelmed by COVID-19 patients that it is being forced to treat some people in the gift shop and chapel, as cases continue to increase after the holidays, CNN reported on Monday.

Healthvana chief Ramin Bastani told Bloomberg that the digital vaccination record, which could go in an Apple Wallet or similar Google platform, and to be rolled out this week, would be useful “to prove to airlines, to prove to schools, to prove to it He added that Healthvana was in talks with concert venues, employers, universities and schools about using the technology.

Bastani believes that competing services to Healthvanas will emerge as the vaccination becomes more widespread. “It’s not going to be like a credit card you can use all over the United States,” he said, adding, “Sometimes you can pay in cash, sometimes you can use Apple Wallet.”

Bloomberg said Los Angeles County had administered 38,850 doses of Pfizer and BioNTech’s vaccine, so far they have focused on health care workers, home residents and paramedics.