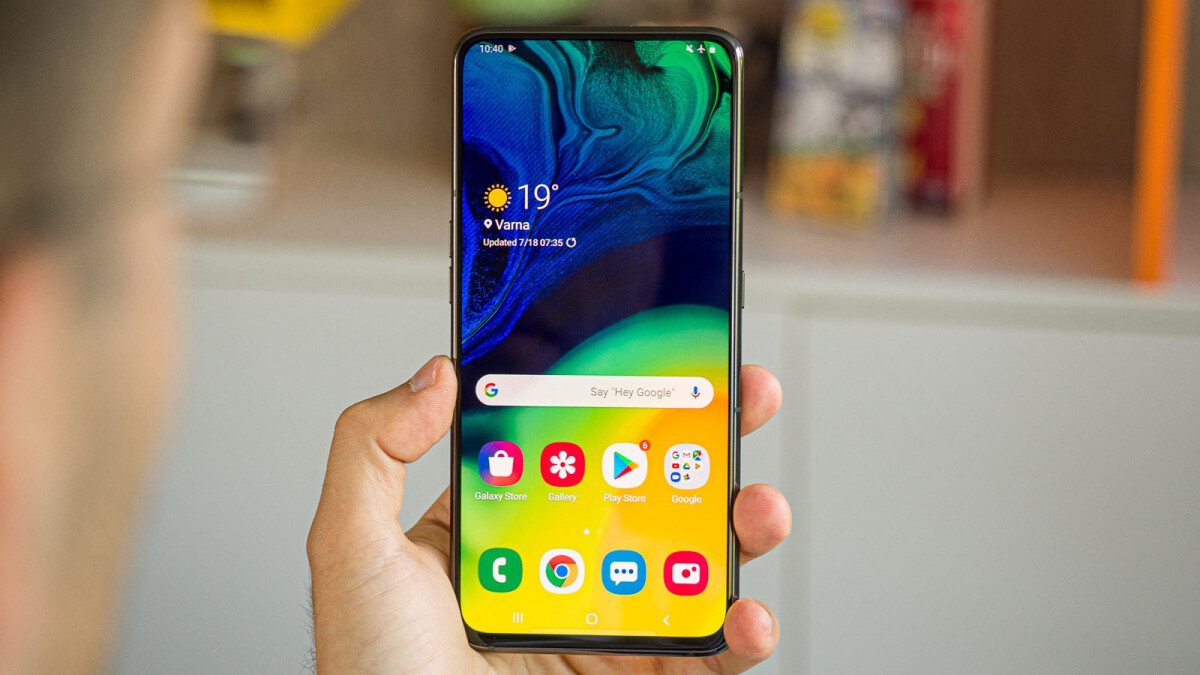 Samsung recently launched three A-series phones, and the mid-family will reportedly get a new member in the form of the Galaxy A82 in July. The handset has been viewed on the Google Play Console.

The listing has revealed that the Galaxy A82 will have Qualcomm Snapdragon 855+ under the hood, something like echo leaks we have heard for. At least one model will have 6 GB of RAM, and the phone will run Android 11.
The naming convention for the upcoming phone had indicated that it would succeed with the Galaxy A80 in 2019, and this led to speculation that it would also borrow its predecessor rotating camera design. Today’s leak squeezes these rumors, as Google Play shows a device with a centered hole for a selfie camera. The phone also has super-thin frames, and the screen apparently has a resolution of 1080×2400 pixels.
The Galaxy A82 5G was also looked at The Bluetooth SIG website not so long ago, which revealed that it wants Bluetooth 5.0.
Other details are still under cover, but since the phone is supposed to sit over the Galaxy A52 and A72, we expect it to offer an OLED panel with a refresh rate of at least 90Hz, a four-camera array, a minimum battery capacity of 4500 mAh, IP67- classification for water and dust resistance, and expandable storage. The The A52 starts at $ 369.99 and the A72 costs $ 429.99, indicating that the A82 will likely be around $ 500, but this is just guesswork.