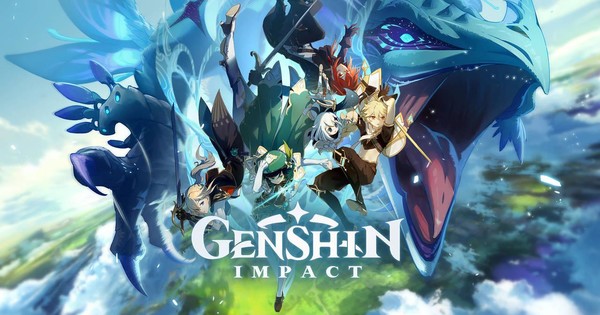 If you look at the list of Twitter’s most talked about games in 2020, you will see a number of names you are likely to expect: Animal Crossing, Fate / Grand Order, Final Fantasy, Fortnite… and a new title called Genshin Impact. Now you’ve probably heard that name more than a few times. Maybe you got a glimpse of the game on a website or during the Game Awards, or saw some interesting fanart on Twitter or Tumblr, but the question still burns in your mind: what the hell is that? Genshin Impact all about?

Genshin Impact is an exploration-driven action RPG with open multiplayer and frequent updates to add new missions, features and history. It came out at the end of September last year, where it quickly got a very devoted fan after. While the anime-inspired graphics to Genshin Impact may make you believe that it is a product from Japan, it is actually made by China-based development studio miHoYo and tailored to appeal to an international audience. (In fact, you can listen to the game’s spoken dialogue in English, Chinese, Korean, or Japanese, and any language dub has some remarkable voice talent behind it.) It is currently available for free download on mobile devices, PS4 and PC, with a Switch version coming sometime in the future.

Wait – for free? Yes, Genshin Impact is a free game … kind of. We will discuss it a bit. Even though you did not cost anything in advance – save the time you need to download a client program – Genshin Impact offers a kind of massive world, high-quality graphics, fully orchestrated soundtrack and character-driven history you can expect from a product at full price. And with versions on three different platforms, including an extremely playable mobile version, it’s easy to play anytime, anywhere.

You start Genshin Impact as a witness to a fierce battle, in which a brother and sister fight against a mysterious goddess. The couple is easily defeated, and when the evil goddess captures one sibling, she throws the other across dimensions into the Teyvat world. Stranded in a strange world with only the fairytale-like friend Paimon to guide you, you begin a mission to be reunited with your lost sibling … and perhaps save another world in the process.

Genshin Impact’s Teyvat is a large, expansive country where the seven elements flow and bless the population. Here seven great kingdoms, each in line with one of the elements, fight against each other for power and influence. There’s a lot of history behind this world, and as more updates, characters, and locations are revealed, players have learned more and more about Teyvat’s very, very long history. Only two of the seven major sites have been made available for exploration so far, so there is much more history and world building ahead of future updates.

With the game’s large story arcs still very unfinished, you may be wondering what Genshin Impact’s playerbase spends so much time on. But when you set foot in Teyvat’s large, open environment, you will definitely begin to understand: this world was built for a lot of playability. Your main focus early in the game is exploring and completing specific missions to unlock features, locations, and abilities, but once done, you can start trying higher-level challenges and top-level missions … or you can just rummage around and experiment, use your repertoire of skills to interact with the environment.

There’s a bit of an elephant in the room here, so let’s just be in advance: it’s pretty obvious Genshin Impact takes many of the designs from The Legend of Zelda: Breath of the Wild. You will notice it in things like movement, climbing, enemy AI … and of course the massive slider you get to help you get around. In fact, many people fired Genshin Impact as a simple Breath of the Wild knockoff before the official release after seeing screenshots and previews of games. But to take inspiration from NintendoThe modern classic is hardly bad. After all, Breath of the Wild is one of the most beloved games to release in recent years – why would not a developer look for it for design inspiration?

In addition, there are many things in Genshin Impact that BotW does not have: different characters with unique abilities, online multiplayer collaboration, a very in-depth artifact equipment system, quests that offer new challenges every day, and a complex elemental magic system that affects you and the environment in a variety of ways. Having a large selection of unique characters to choose from – as well as being able to switch freely between a set of party members as you explore – gives the game considerable depth, as you can figure out how characters’ abilities can be linked together to create potentially destructive elementary combination situations. .

Beyond the gameplay, however, there are much bigger differences between the two games: Breath of the Wild is exclusive to Nintendo consoles and is a full-fledged release. A good part of why Genshin Impact has proven to be so successful is that it provides a similar experience as BotW at no extra cost on multiple platforms, making it very accessible to a wide audience. I want to say that miHoYo has done a great job of taking ideas like BotW was groundbreaking and put his own spin on some of the mechanics, created a complex world and appealing characters for players to engage with, and made the game available to the widest possible audience.

But, Genshin Impact has also seen its share of controversy and criticism. First, since the game is made by a Chinese company, it is subject to various rules and regulations of the Chinese government, including the censorship of politically sensitive topics in its online communications. Even if there is something the development team has no control over, it may still not be good for some people.

However, the biggest source of ridicule is the game’s gacha-based revenue generation. To recruit new characters and earn top-level equipment, you must perform “Wishes” by converting a currency called Primogems. Every wish you make gives you a random weapon or character, some of which are significantly rarer (and more useful) than others. You can earn Primogems in the game by searching and completing quests, but the fastest way to get them is to buy them Genshin Impact’s cash shop.

Getting the coveted five-star rating and rarity is not easy: you only have a 0.6% chance of getting one in a regular Wish role. Mechanics are in place to ensure that you get a five-star rating after a certain number of wishes if you have not received one, but it takes a while (and many wishes) to activate. Also, all the characters come with Constellations: star charts that light up and provide various enhancements when you get more than one copy of a character through Wishes. To completely unlock the character’s potential, you must scroll them several times to build the constellation. It’s easy to see how some players can become addicted to spending money to get a rare, powerful character, and there are many horror stories on the internet about people spending thousands of dollars doing just that. Of course, it is also possible to play for free only on the resources the game gives you, and there are many players who do just that.

With millions of downloads on all platforms and an ardent fan base eager for more characters, story goodies and gameplay extras, it’s unlikely Genshin Impact will fade soon. And looking at how the game also works quite well in Japan, I certainly would not rule out the opportunity to see Genshin Impactthe world materializes in anime form. If it sounds like it’s going to be something you like, why not give it a shot? Just make sure you set boundaries when it comes to gacha – no virtual waifu or hazubando is worth ruining your finances for.