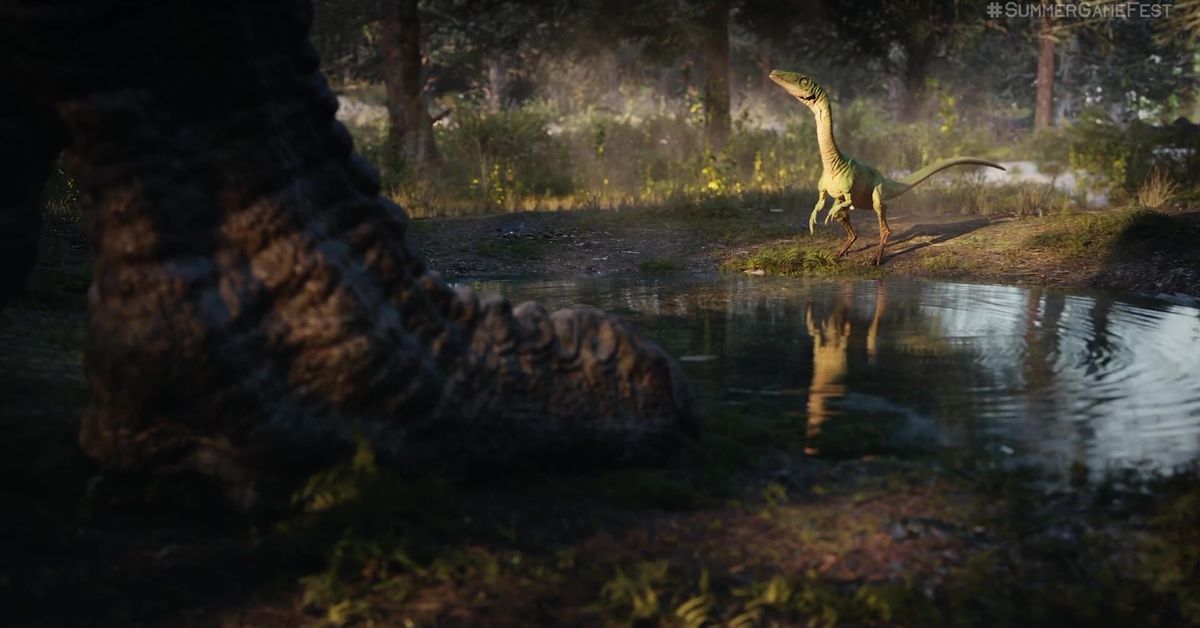 Goldblum had the honor of announcing the release, since he will play Dr. Ian Malcolm in the upcoming game, and has played Dr. Malcolm in the Jurassic Park movie cannon, and in games like The Lost World: Jurassic Park and Jurassic World: Fallen Kingdom. He is joined by actor Bryce Dallas Howard who will play Claire Dearing in the game.

The new campaign in Jurassic World Evolution 2 takes place immediately after the events in Jurassic World: Fallen Kingdom. So you have to deal with the aftermath of the events after the movie if you choose to play the game. But if you want, you can also just tamper with your favorite dinosaurs in sandbox mode.

The original Jurassic World Evolution is a park simulator like Zoo Tycoon. In it you have an open sandbox where you can design and build your own Jurassic Park zoo, complete with dinosaurs. This new iteration will build on previous games and give players more options when building their park.

“Together with expanded construction and more customization options, the result is an even bigger, better and authentic Jurassic World game,”

IN Jurassic World Evolution 2, players will be able to build their parks beyond the starting archipelago. Each new location will provide new terrain and its own set of challenges for players to tackle as they build their park. Through these biomes you will be able to preserve more than 75 prehistoric species, including flying and marine reptiles. The creatures themselves are also updated. Now creatures will show new behaviors when they react to each other and the environment around them.

There is also a chaotic theory mode that allows you to simulate events in the movies, and also a challenge mode – for those who want to test how good they are of a park builder.