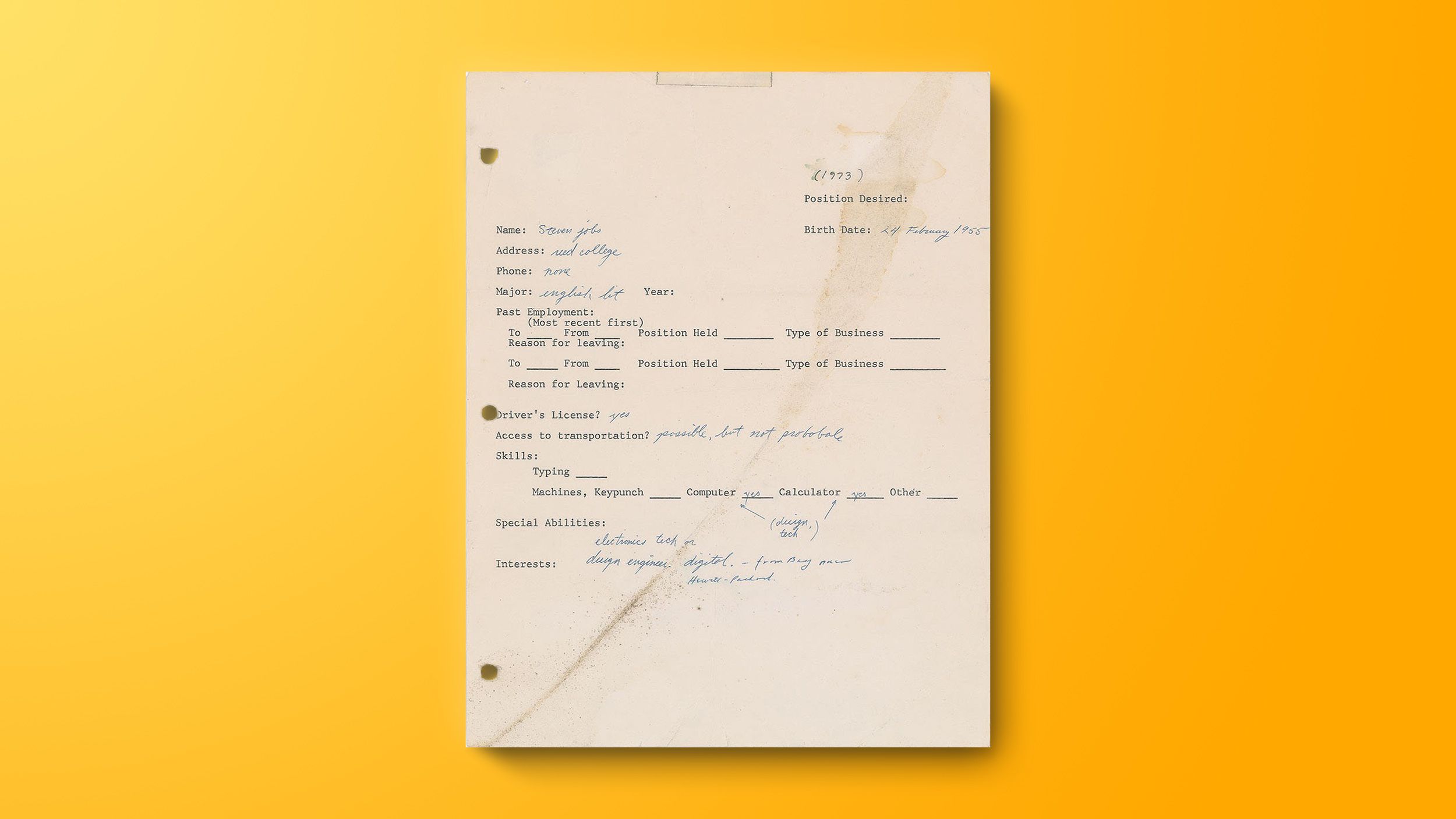 The rare questionnaire for sale was put up for sale on February 24 with the auction lasting one month. Jobs filled out the application in hopes of landing a job after dropping out of Reed College, which he attended for about six months. A year later in 1974, Jobs joined Atari as a technician, where he later teamed up with Steve Wozniak to create Apple in 1976.

In the document, which previously sold for $ 175,000 three years ago, Jobs highlighted “English lit” as a major, while also listing “electronics engineering” and “design engineer” as special abilities and interests. Jobs also listed his skills in computers and calculators.

The entry for the document states that it is in “very good condition”, with “light stains and old clear tape to the top edge.” To prove that it is the real deal written by Steve Jobs himself, it comes with letters and certificates of authenticity.