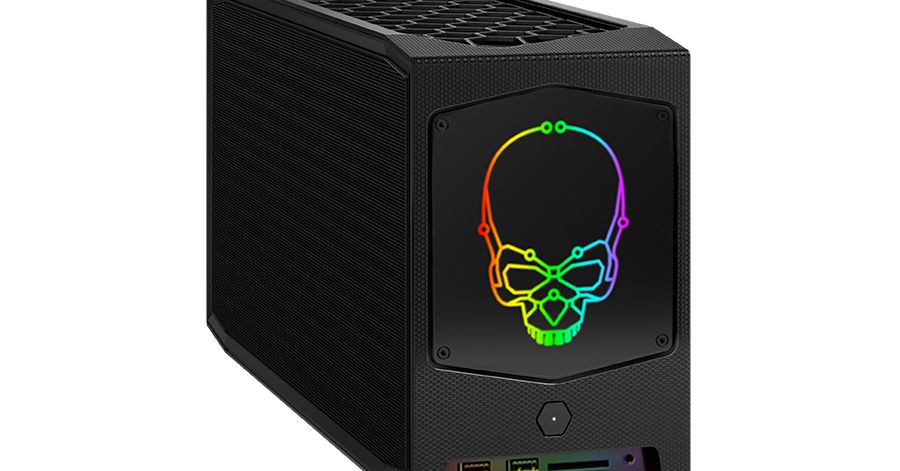 After teasing a new version of the miniature PC back on Computex 2021, Intel’s new NUC 11 Extreme is now available for pre-order from SimplyNUC, with prices starting at $ 1,299. The machine, codenamed “Beast Canyon”, is listed with three 11th generation Intel CPU options, and enough space for a 12-inch graphics card.

; mean that front-panel audio is not supported if you use a new CPU in the old chassis, and that PCIe Gen 4.0 is unlikely to be fully supported.
GPUs up to 12 inches in size are supported

With a volume of around 8 liters, the NUC 11 Extreme is slightly larger than the 5-liter NUC 9 Extreme from last year. But Intel has used the extra capacity for good use with enough space for graphics cards of up to 12 inches. It is up from a maximum of eight inches in the latest model.

A more powerful power supply (650W this year, up from 500W with NUC 9 Extreme) also means that the new model will be able to handle more power-intensive graphics cards. SimplyNUC specifically mentions that the computer can handle “performance-level cards up to NVIDIA GeForce RTX 3080” cards via the PCIe 4.0 x16 expansion slot, and the specification sheet states that graphics cards up to 350 W are supported. For reference, the Nvidia RTX 3080 draws 320W, while the 3080 Ti draws 350W.

In addition to CPUs, SimplyNUC sells machines equipped with 8 GB of RAM as standard, but they can be configured with up to 64 GB. 256 GB NVMe M.2 storage is included in SimplyNUC’s prices, and there are four M.2 slots in total, according to Tom’s Hardware.

The Core i5-11400H version of NUC 11 Extreme sold by SimplyNUC starts at $ 1,299, with 8 GB of RAM, 256 GB of storage and integrated Intel graphics. Meanwhile, the Core i7-11700B model starts at $ 1,399, while the Core i9-11900KB is $ 1,599. The starting model is listed as shipping in December, but the i7 and i9 models will be sent earlier in September. Pricing or availability of standalone CPUs as an upgrade for last year’s machine has not yet been announced.