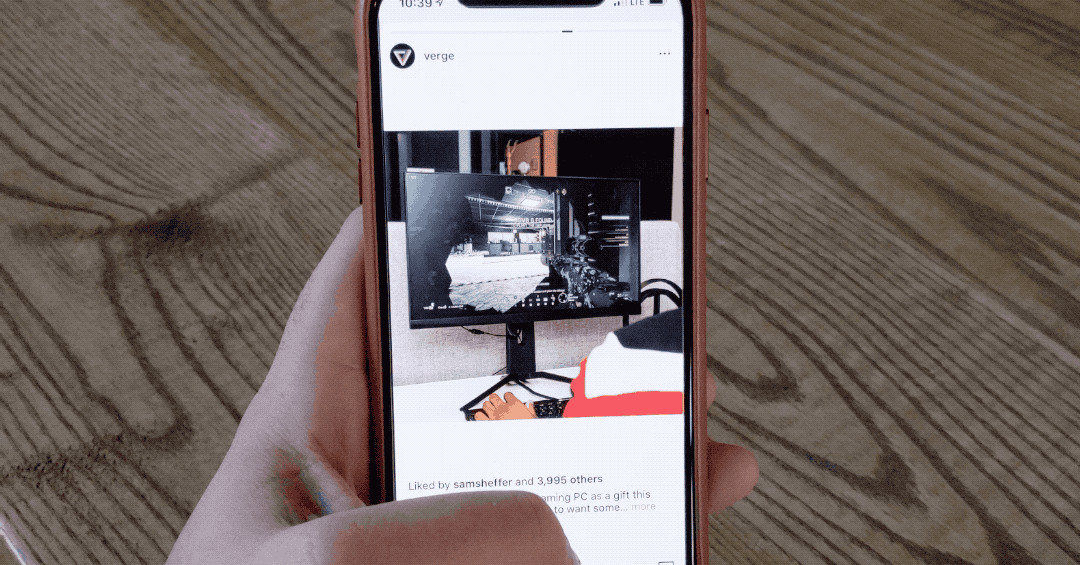 Instagram has stylishly started testing a horizontal feed for some users, a great sideways shift from vertically rolling user experience that has been the norm since the app was launched. The company had previously tested the function back in October, but it seems that it rolls it out to users starting today.

The new feed basically makes all the posts into a single, gigantic Instagram story, complete with pressing to move on and a scroll bar at the top to show you how far you've evolved. It is certainly a daunting change for Instagram's community, which has become accustomed to the old feed.

With the horizontal feed, each image (and each ad) is given the spotlight at any time – you can only see a single post, and the comments are much more prominent now, and appear with a flick up.

It's also much harder to quickly fly through your feed with the new setup: you can only move one single post at a time. Another side effect of the new setup is that stories are easier to access, with the bar now always accessible by swiping down, rather than requiring you to roll all the way to the top of the feed.

The new horizontal setup works only to affect the main input – push into a user's individual profile, and things will appear as they always have in normal, vertical scroll style.

It seems that the rollout of the new feed may have been an accident on Instagram's part: Just a few minutes after the horizontal feeding went live, the old-fashioned vertical feed seems to have returned to most users who had been looks horizontal scroll test. But even though today's update was an accident, it seems that Instagram takes the horizontal stream seriously – and it can't be long before it rolls out to devices for good.

Update December 27, 10:55 am: Instagram seems to have returned users back to vertical feed.