IF 'Gets New Story, Fashion Details 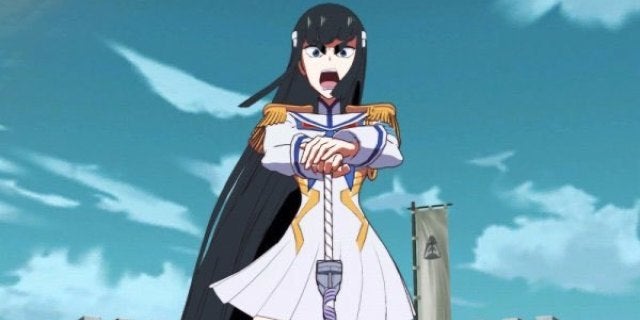 Arc System Works' Kill the Kill The Game: IF is shaping up to be one of 2019's most intriguing fighting games, offering up stylish 3D combat with an art style similar to the hit anime series. Today, we have found some details about what to expect from its fashions.

That's about all we know about story so far, but it should definitely have some widespread ap peal.

There is also a practice mode that will help you hone Kill la Kill 's fighting styles even further, and in Training Mode where you can learn techniques and bump up AI difficulty, in case you want

There will also be a Win-Through Challenge mode, in which you'll fight through a series of randomly selected CPU characters with your chosen fighter. As you continue, your HP will carry over with you, though you gain a little energy back each time. Think of it as a survival mode, but with that Kill la Kill edge

On top of that, players can check out a mode called COVERS Challenge and with this you 'll have three particular challenges to choose from, as described below:

Keep in mind this is on top of the multiplayer-oriented features that Kill la Kill will have. We'll know more about the modes in the weeks ahead, with a possible reveal at EVO Japan 2019 next month

Kill la Kill The Game: IF releases in 2019 for PC, PlayStation 4 and Nintendo Switch

(Have fun with Gematsu for the scoop! Check out this link in more detail!)