قالب وردپرس درنا توس
Breaking News
Home / Technology / iDevices: Where am I with me and when should I upgrade?

iDevices: Where am I with me and when should I upgrade? 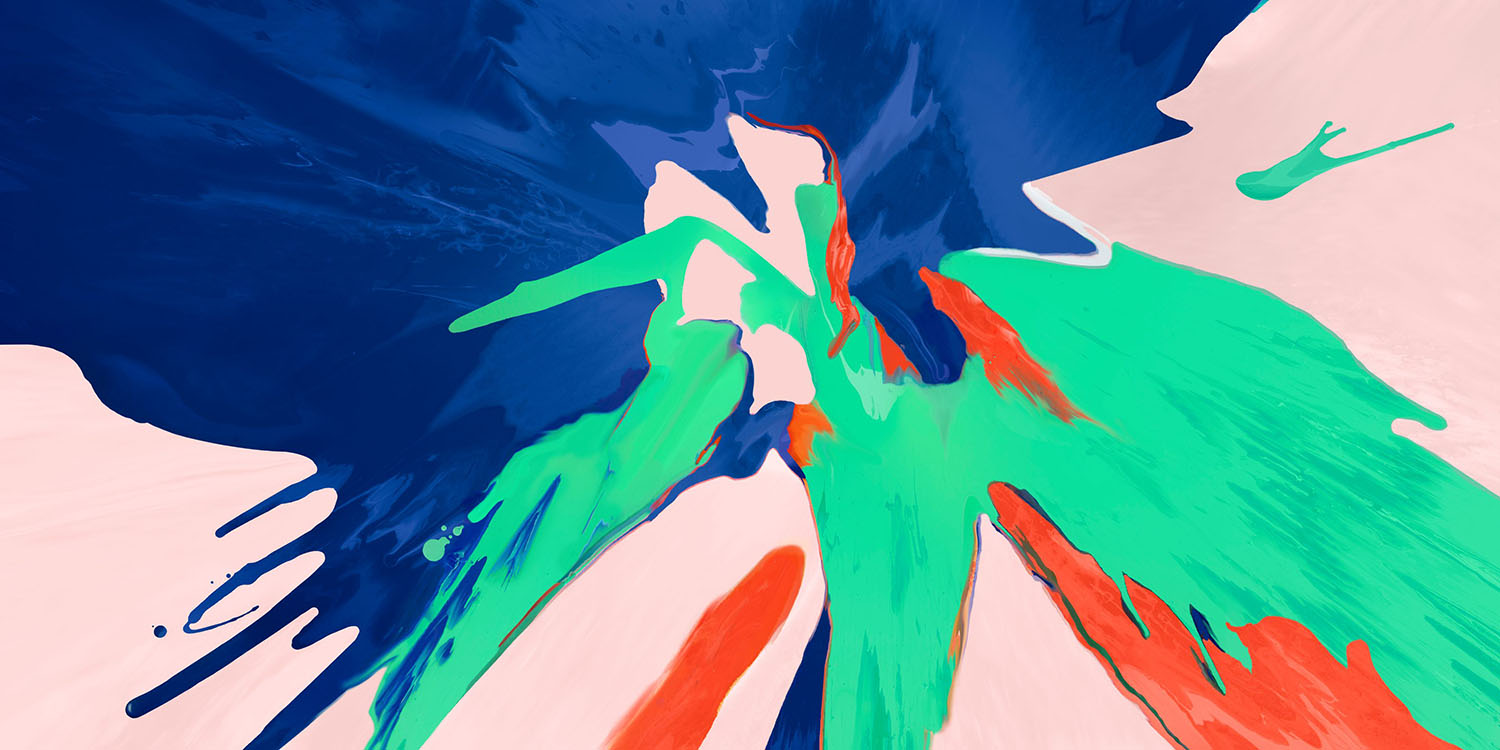 Ever since Apple Watch I have used a diary format to track my experience with Apple products over time. A conventional review represents a one-time product at the time of writing, but product books by my Apple devices provided a much more rounded perspective – from pre-purchase expectations through established use.

Surprisingly, I generally have enough to say in the early stages, and less as time goes on. But as we approach the end of the year, I thought it would be useful to give an overview of my current view of each – as well as a look at how Apple can persuade me to upgrade next year …

I have diaries for each of my current Apple products:

Where am I now and what is Apple's challenge if it wants to sell me new Apple devices next year? Let's start with the iPhone …

I've said it before, for me, my iPhone is probably my least important piece of Apple set. That's because, when I'm home, my Mac is my primary device, and when mobile it's my iPad. The iPhone is the device that fills out when I just want to do something very fast – check the weather, send a text message and so on. If I spend more than a minute or two, I usually use iPad instead; This goes with me just about everywhere.

But I have to say that of all the iPhone I have owned, iPhone X has seen most use. While I probably would change it for a modern take on the iPhone SE given the chance, the size is a reasonable compromise. It slides easily into most pants pockets (less happy in a jeans pocket when cycling), but the screen size is large enough not to feel cramped. So if I'm waiting for a coffee bar line, for example, I can spend that time fetching Facebook or news.

I still love the form factor. I always notice when I look at a picture – it is effectively invisible to me the rest of the time. The movements also feel very smooth and natural.

Why didn't I upgrade? The iPhone XS really offers very little over the iPhone X in my view. The speed difference is completely irrelevant. The improved HDR performance is fine but marginal. The ability to adjust the apparent depth of field after taking a photo would be worthwhile if I ever used Portrait Mode, but I don't – if I want shallow depth of field, I switch to the Sony a6300 or Nikon D3 instead.

Looking ahead, it's actually quite difficult to predict how Apple can persuade me to upgrade next year. I suspect that the notch will be less, but as I say I do not find a problem. If I succeed in selling me a new iPhone, it will most likely be a series of incremental improvements that add a meaningful package instead of some killer function.

And for friends who have asked my advice on which iPhone to buy, the iPhone XR is my standard recommendation. It gives you most of the benefits of iPhone XS at a more reasonable price. If I bought today, it's probably what I would get.

I have grown lyrical about the new 12.9-inch model, and my enthusiasm has not turned off at least. I still think this is so good that it justifies the undoubtedly high price tag, and it's still my recommendation to friends who can afford to post that kind of money.

The screen size makes it more useful than ever for practical tasks, and more immersive for entertainment apps.

It is the only iPad that I have ever routinely used in display mode, because it feels really useful in this size, while always feeling cramped on smaller models. There are times when my partner and I have seen a TV show on it. I wouldn't describe it as ideal as a common Netflix device – it's still relatively small – but it's certainly usable for that.

And yet it is still portable enough to carry on routine. The 12.9-inch model is probably limited to a mobile device, but I could still see a very good case for a larger model of use as a random device at home. Much like my Mac is my primary device, it still signals "work" while the iPad signals are playing. "

I still love the flat design. Face ID is amazing – so much slicker than Touch ID. All in all, nothing to love about it

If my Mac is my main Apple product, iPad is My most beloved is partly because it is more connected to fun than to work, but also because it is my most flexible device, it is used every day as an ebook reader and for casual browsing from the couch. Access to the Internet from coffee shops or on public transport It is an excellent device while traveling, providing everything from downloaded Netflix programs to looking at long-distance flights through charting and what's on the way to blogging, and while using it more games than work, there is also an excellent machine for use while typing while you are mobile.

As to what it would take to persuade me to upgrade, this is Apple's easiest sale. just my preference knee Apple product – the cost per use is very low, so it justifies regular upgrades. If Apple were to offer a significantly larger one, it could probably sell me another – one for use while the mobile, the other for use on the sofa.

While I was a fan of upgradeable Macs, I made peace with the idea that this is no longer an option.

I think Apple has redefined the meaning of the Pro label in MacBook terms. Once, it meant a stationary class machine with much of the upgrade that comes with that label. Today it means a machine that combines power with portability. And Apple is probably right that this is what most MacBook Pro buyers want these days.

I have to say, seen in that context, the machine is a winner. It certainly flies through everything I ask to do, including editing 4K video. The screen is amazing. The large trackpad is brilliant. The keyboard is something I've come to like if not love. And it's all wrapped up in a beautiful portable form factor.

Back in the days of my 17-inch MacBook Pro, I also owned a MacBook Air, when I wanted something more portable for some mobile use. Today, my 2016 15-inch MacBook Pro is small enough that a machine does everything.

The Touch Bar is still something I see as something of a gimmick, but it's not really a complaint – more I & # 39; D has been happy to be without.

The only thing I want is new screen. In fact, I've been looking for two years now, but no one has yet made one who hits all of my bullet points. Trying a possible competitor has left me without a doubt about the form factor I want, though: 34-inch plus, curved. Maybe 2019 will be the year someone eventually does – maybe maybe Apple.

When it comes to upgrading my Mac, I usually tend to mine with a view to keeping it for 4-5 years. Cost alone means that I usually hold onto the time scale, but also the development rate of laptops is not fast enough to suggest any reason to upgrade more often. About the only thing I can see today that can make me upgrade earlier is to bring back a modern workmanship on a 17-inch model – something I think is unlikely.

Of course, it is always possible that Apple could pull another big development out of the hat next year, but otherwise Apple's Mac sellers will see me again in 2020 or 2021.

Apple Watch is an interesting product category for me. It is a unit that I never thought I needed or wanted, and which I have never felt concerned about – but it quickly became something I now consider quite indispensable.

It's not because it does something that my phone can & # 39; t. Mostly, it is used as a way of displaying alerts, issuing Siri commands, and paying for things. But it is an undeniable convenience to be able to use Watch for each of them – especially when they are mobile. It is simply a lot easier to look at my Watchen when I get a notice than it is to get into my pocket for my phone. It is easier to raise my wrist to my mouth to tell Siri to remind me of something. And it's easier to hold my wrist to a payment terminal than it is to pull out my phone.

However, I was not rushing to upgrade. I skipped Series 1 and 2 and just really upgraded to Series 3 because it was quite a cheap one. Series 4 was an easier sale because I love the bigger screen and improved the lift-to-siri functionality.

I was not tempted by the LTE functionality – there is literally never once I go out without my iPhone – and I have no reason to regret the decision to choose the low-cost model.

Future Upgrades? We're none of us getting anything younger, so I think more health sensors will be the easiest way for Apple to tempt me to upgrade. Without it, based on the step-by-step updates we've seen so far, I expect to be in the next generation or two.

HomePod impressed me quickly and one turned into two and three.

HomePod's performance could not compete with true hi-fi systems – but was closer than I expected. And I absolutely love the ease of just telling the speakers what to play.

The approach I have developed is to use HomePods for informal listening, and my B & O system or borrowed Naim, for active listening, as I did nothing else but listen to the music. And in fact, 99% of my listening falls into the previous category – where the convenience of HomePod wins.

What is very interesting, of course, is that it is no longer the case of HomePods versus everything else. Apple's decision to allow first Amazon Echo and later other third-party speakers to play Apple Music is a game switch. Provided the same functionality comes to high-end speakers, we no longer need to choose between convenience and ultimate sound quality.

That's why I'm in standby mode for now. Especially as one of the BeoLab 6000 speaker drivers has blown, and there doesn't seem to be much difference in price between a repair and a used replacement pair. So after 20 years, 2019 can be time to consider a speaker upgrade … at which time, HomePods can be replaced or mixed around.

So that's where I'm with my set. Enjoying my iPhone, MacBook Pro and Apple Watch. Totally satisfied with the iPad. And content with my HomePods for now, but hope for B&O smart speakers with built-in access to Apple Music.

What about you? What Apple Kit Do You Love? And what are you planning or hoping to replace next year? Please let us know in the comments.