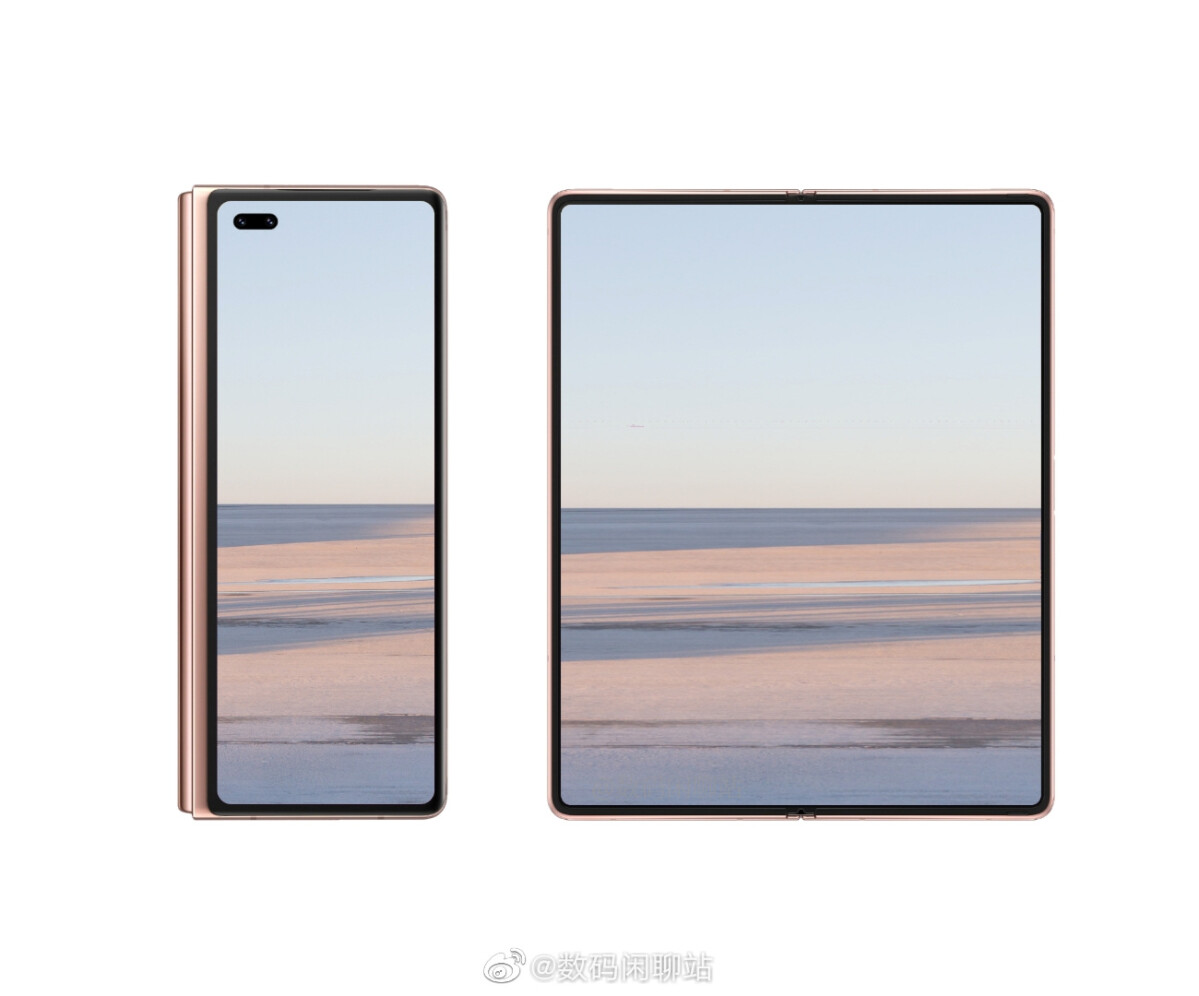 Yesterday we received the first information about Huawei’s next foldable – Mate X2 – and now there’s another leak, and a juicy one too. The teaser image, posted yesterday on Weibo, suggested that the device should have a fold-in screen, unlike its predecessors. According to a leak on Weibo from Digital Chat Station, Mate X2, will not only have an inward-facing folding screen, but it will also mimic the design of the Galaxy Z Fold with a secondary screen in front. There is a camera clip on the front display that contains two selfie cameras (both sporting 1

6+ MP sensors, according to the leak). Unlike the Galaxy Z Fold, however, the Mate X2 has no cutouts or notches on the main screen. The folding screen has a uniform frame around it and looks pretty cool, to be honest. Judging by the lack of any curls in the middle of the main screen, it is safe to assume that we are talking about a CGI rendering here.

But wait, there’s more! According to the leak, the Mate X2 is quite thin and light, compared to other foldable devices (probably previous generation Mate or Galaxy Fold phones). There are no exact numbers here or further information, so it is quite difficult to make any assumptions based only on the pictures.

Still, it seems that Huawei is keen to move on, despite all the problems the company has faced over the past year. Recently, Huawei was blocked from receiving groundbreaking chips from TSMC, and this was the last shot Trump took at the Chinese company before leaving the White House.