Huawei is turning to pig farming as sales of smartphones fall 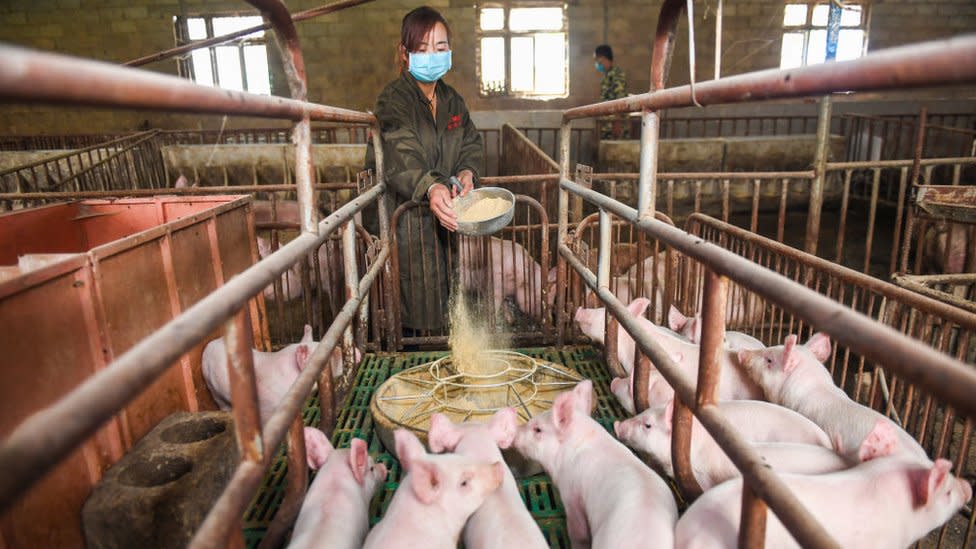 Huawei is turning to technology for pig farmers, as they handle tough sanctions on smartphones.

The Chinese telecom giant was stopped from accessing vital components after the Trump administration branded it a threat to US national security.

In response to struggling smartphone sales, Huawei is looking at other sources of revenue for its technology.

Former US President Donald Trump has claimed that Huawei can share customer data with the Chinese government, allegations it has repeatedly denied.

As a result, the world̵

7;s largest manufacturer of telecommunications equipment has been limited to making 4G models, as it lacks permission from US authorities to import components into 5G models.

Huawei’s smartphone sales plunged 42% in the last quarter of 2020 as it struggled with a limited supply of microchips due to the sanctions.

Huawei has also been locked out of the development of 5G in a number of countries, including the UK, for fear of national security.

Reports have suggested that it will reduce smartphone production by up to 60% this year, although they said they could not confirm this figure.

“The problem here is not that there are any problems with the quality or experiences of Huawei products. There are no equal conditions for Huawei, as Huawei is caught between the geopolitical tensions,” a spokesman for the company told the BBC.

And then it seems that Huawei is looking for other sources of revenue – moving into cloud computing services, smart vehicles and portable devices. It even has plans for a smart car.

But it also has its eyes on some more traditional industries.

Technology is helping to modernize pig farms with AI introduced to detect diseases and track pigs.

Huawei has already developed face recognition technology and was criticized last month for a system that identifies people who appear to be of Uighur origin among pedestrian images.

Other Chinese technology giants, including JD.com and Alibaba, are already working with pig farmers in China to bring new technology.

“Pig farming is another example of how we are trying to revitalize some traditional industries with ICT (information and communication technology) technology to create more value for the industries in the 5G era,” the Huawei spokesman added.

He wants to develop technology for coal mines that will lead to “fewer workers, greater safety and higher efficiency” and enable coal mines to “wear suits and ties” at work.

During a round table meeting during the event, Ren said that the company also expanded to consumer products such as TVs, computers and tablets.

“We can still survive even without relying on telephone sales,” Ren said, adding that it is highly unlikely that the United States will remove Huawei from a blacklist that prevents companies from collaborating with the Chinese technology company.