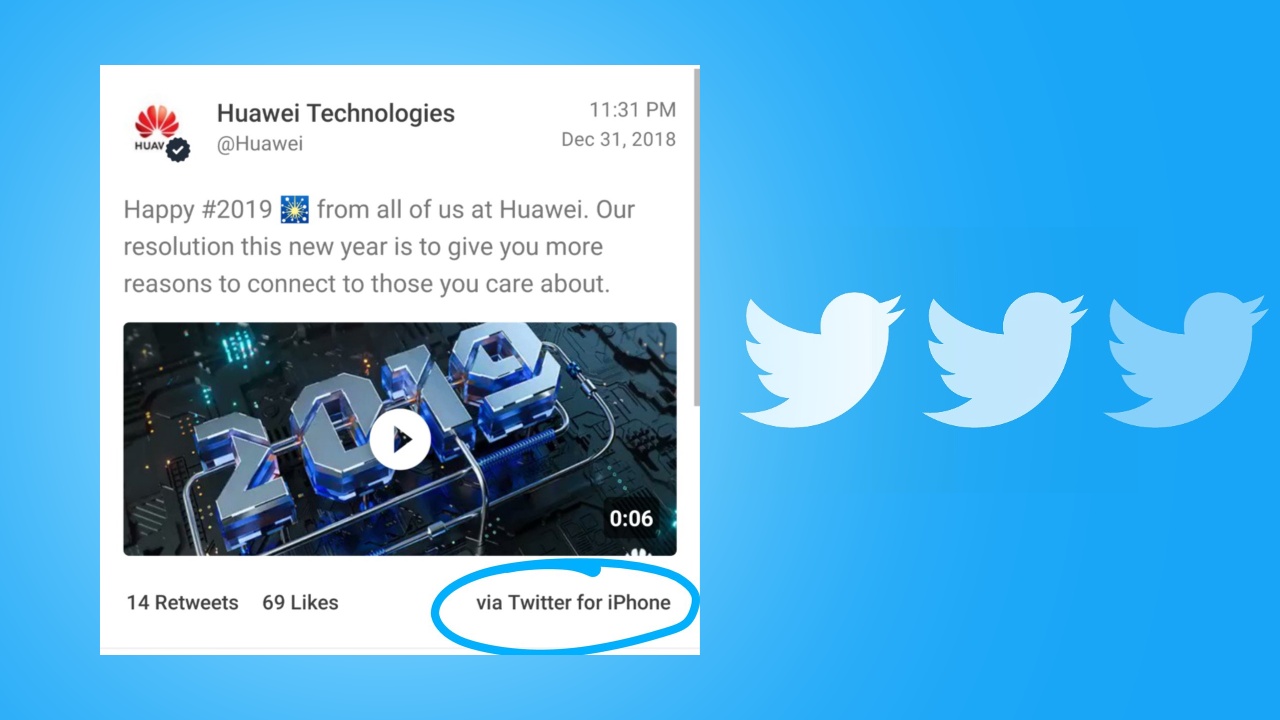 Two Huawei employees start the new year with less paycheck after they were found to be responsible for a celebrating tweet issued with horror of Western horror, an iPhone.

South China Morning Post picked up on an internal note circulated extensively on Chinese media describing how the herd came to be and the punishment for its employees.

To maintain a presence on Twitter, a social platform censored by China's so-called "Great Firewall," the PR team must use a VPN. But the team members were apparently not prepared to send the tweet out of time through a computer, so they used an iPhone that had a SIM card from a Hong Kong based operator. The special administrative area is beyond the influence of the firewall.

Chen Lifang, Huawei's President of Public Affairs and Communications, wrote in the note that "incomplete governance, irresponsibility for some employees and insufficient monitoring of suppliers" led to the tweet, which spread rapidly after YouTuber Marques Brownlee posted a picture of the message which was tagged as coming from "Twitter for iOS."

The team finally deleted the tweet and sent a new one from a masked Twitter client almost four hours later. Huawei has not commented on the memo's authenticity.

Huawei allegedly started counteracting the iPhone ownership of the company, which has other companies in the country. It continues to become involved in international political drama: CFO, Meng Wanzhou, was arrested in Canada last month and could be extradited to the United States to face sanctions and fraud charges. China, in turn, has since arrested more than a dozen Canadian nationals.