HTC, in the midst of a large income decline, boasts of its VR income 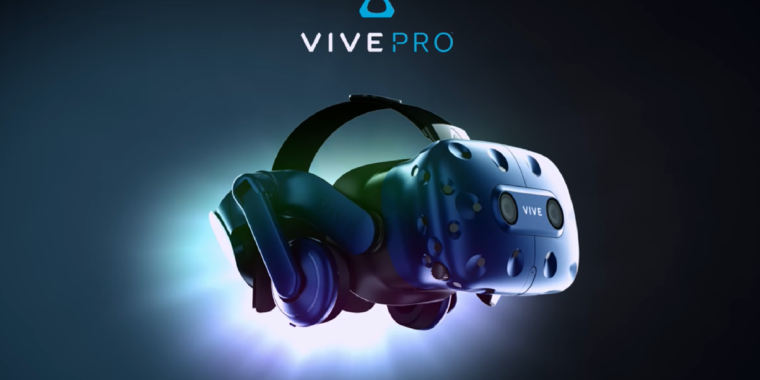 Taiwanese electronics manufacturer HTC used its position as a VR headset maker to shoot back on industry critics on Thursday. The resulting story that HTC is telling is an interesting, both because it raises new claims about VR sales figures, and because someone bragged from overloaded HTC about revenue strokes with irony by default.

Thursday's blog post from its American arm titled "Think VR is dying? It's just begun," reports reports of falling VR sales figures from Amazon sellers. Instead of accusing a rapid decline in VR headset sales in Amazon or explaining about other stores and chains sales figures telling another story, HTC's blog post offers its own simple explanation: inventory issues.

"VIVE has the pace of its highest selling rate all the time, weeks at the end, and we sold," the post reads. "For a consumer electronics product in its third calendar year, this continued track is almost unknown."

This HTC statement does not dispute the claim that sales will fall, but it does not claim that the company would sell more hardware if the production facilities kept up with the demand. (Amazon USA is currently sold out of standard Vive VR bundles.)

Instead of offering a roger image of VR sales, HTC blog post points to a report from International Data Corporation about the state of magnified and virtual reality, claiming that HTC Vive controlled 35.7 percent of virtual reality-related revenue in Q1 2018. In addition, the report claims that the stand-alone HTC Vive Focus headset, currently available in China, controls 33.1 percent of the nation's free-standing VR sales. The number two free-standing VR product in China, made by Pico, also runs HTC's "ViveWave" stand-alone VR software platform.

They are curious barges for HTC to pick out, but especially in view of the company's inability to increase its overall revenue outlook. HTC's own reports confirm a continued decline in runways in total corporate revenues between January and June this year, down 49.3 percent to $ 15.6 billion, from the same period in 2017. It is especially the June picture while the company sees one – Monthly sales fell 67.6 percent from the same period last year. (These numbers do not seem to differentiate VR revenues from the rest of HTC's portfolio.)

Thus, HTC's blog post and its incomplete data image do not add to very good news for VR headset sales. Unless HTC is able to confirm an uptick in Q1 2018 VR sales, it means that 35.7 percent for the entire sector's revenue in that period means it's bad for HTC and worse for all others players listed. In the same Q1 2018 period, Samsung reached second place for world-wide sales of 18.9 percent, followed by Sony at 12.6 percent and Oculus at 9 percent.

HTC used the blog post to emphasize the shift to business and entertainment center VR using its award-winning Vive Pro headset. "These figures do not hit consumer forecasts," suggests the blog post. In addition, the company proposes that overall reductions are due to "devices that were largely used as promotional devices for launching phones", as Samsung GearVR and Google Daydream, as the IDC report suggests, looks serious.

"When people begin to understand the possibilities for virtual applications, words in mouth will grow and sales will continue their upcoming path," HTC explains in the article. But neither the ViveWave platform nor the Vive Pro hardware makes it much more than reinforcing existing games and applications, and HTC has struggled to introduce persuasive new software for these systems, or suggest courses for reasonable and delayed screen quality and wireless technology improvements. (A promised Official Wireless Vive Adapter has not yet received a release date or a price, even less substantive public demos to confirm it will deliver quality, legal VR performance.)