How Alexa, Siri and Google Assistant are about Santa Claus. 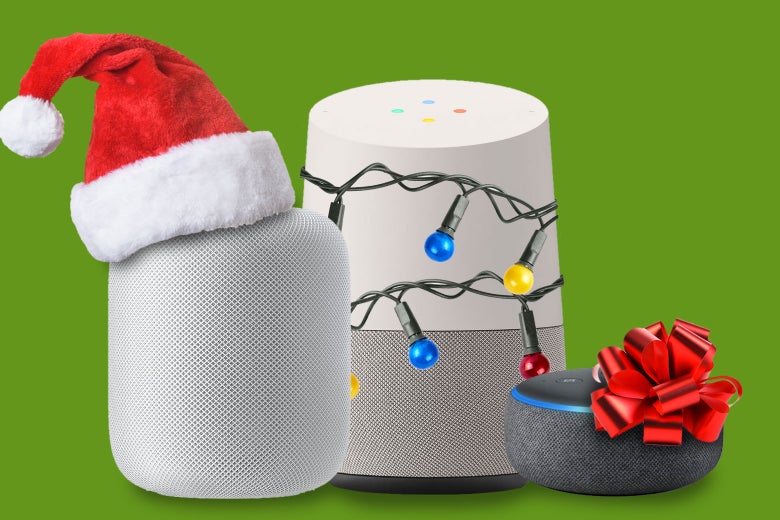 The Internet is full of misinformation, and the internet of things is no exception. Smart speakers such as Amazon's Alexa have been known to lie to children, with child-friendly modes designed to protect them from life's tougher truths, from the reality where babies come from the career path of Stormy Daniels. But no doubt can be of greater importance to children at this time of year than the existence of the man who knows if they have been bad or good. No, not Jesus. Of course I'm talking about Santa Claus.

Google, Amazon and Apple are not getting themselves put on their parents' free list – or worse, getting unplugged-by telling kids there is no Santa. All three tech companies have special Christmas dinner responses in place this festive season, from whether Santa is real if you have been naughty or nice. So much for Christmas is a time when you tell the truth …

As I wrote back in August in a piece about Alexa's children's mode, its approach to Santa's question is a questionable strategy. Children will eventually find out the truth and it may be better for them to hear it from the smart speaker than their seventh grade classmates. It also makes a liar of the digital assistant, a tool that should be all-knowing. When asked about Santa's strategy questions, a Google representative wrote: "We believe Santa is alive and well in the hearts of people all over the world, and we're happy to bring Santa to life through those features! " But it's not about consumerism: "For the assistant, the holiday is not about gifts, but about families and gathering of people." OK, Google.

But which digital assistants deflect and which direct lie to children? I decided to consider the three major Google Assistant, Siri, and Alexa – to their degree of honesty in answering a series of questions about the Christmas woman, from sleigh-to-hand to the red lie.

Alexa: "All I know is that someone has eaten all my cookies."

Siri: "I'll pretend you didn't ask that … I don't want you to get a litter this year."

The most direct question I asked, and yet none of the digital assistants gave a direct answer.

Google is technically the most truthful here (who does not have ho-ho-hope Santa is real?), While Alexa stores the parents to use cookies that many trust. Siri, meanwhile, treats the question as a kind of furtive crime, which seems like the question itself is worthy of coal. Santa, apparently, is a jealous god, ready to punish you just to question his existence.

2. Do you believe in Santa Claus?

Alexa: "Santa makes many people ho-ho-hopeful for a happy vacation and I absolutely believe in it."

Google Assistant: "Of course Santa is real. I even have a tracker that can tell me where he is."

Siri: "Of course. I'm surprised you have to ask."

This time, Alexa's turn to use ho joke, artfully dodging the question, but doing it in a graceful and cordial manner. Siri and Google, meanwhile, are completely liars here.

3. Where does Santa live?

Google Assistant: "The North Pole. The real Christmas man – the historical figure on which the legend is based – never lived anywhere near the North Pole. Saint Nicholas of Myra was a 4 th quarter bishop who lived and died far from the Arctic Circle, in what is now Turkey. "

(Google Assistant helps source its information. That answer comes through Smithsonian magazine: "Where does Santa live? The North Pole is not always the answer.")

Google slipped up here and accidentally completely published here. Alexa keeps it simple, while Siri's answer is almost the most accurate. The only place that "Santa Claus" really exists is in our hearts.

Alexa: "To use NORAD Tracks Santa [an Alexa Skill] a parent must give permission. To do so, I sent some information to the home screen of your Alexa app."

Siri: "He's at the North Pole. I can see his house from the cloud."

All three units lied here, but it was nice to see a nod on all the work that the hypothetical wife Claus is posting from Google Assistant. Siri lie is the most egregious, a double lie: The cloud is not a physical place. Alexa lets NORAD, the agency that has "tracked" Santa's flight route for over 60 years, lie to it. Over the decades, the North American Air Force Command Program has gone from answering children's questions over the phone to using email and social media – it's no surprise an Alexa Skill came next.

Alexa: "Santa can be old this year, but he's young in spirit. I think it must be all that the chimney works."

Santa Claus true age, an older man who never seems to grow older anymore is surely a gift he is not real. Amazon bobs and weaves around this giveaway answer, cementing its record as the best question-dodger, while Google and Siri offer different, semi-truthful numbers – Siri answers best match the true age of Saint Nicholas, who was born in 270 CE while Google Assistant shares the number of years since the first recorded Christmas instead.

6. Is Santa going to visit me this year?

Google Assistant: "Here are some results from the web."

Siri: "It depends on whether you've been naughty or nice, Rachel."

Alexa and Google have no answer here. Siri has an answer, but it is qualified. But what if I'm not sure of myself? Hmmm …

7. Have I been naughty or fine?

Alexa: "Only Santa is going to make the final decision."

Google Assistant: "You're the finest, and besides, we leave Santa cookies just in case."

For this question – surely the most pressing for children after "is he real?" – Treats all three speakers Santa's existence as a given. Google Assistant and Siri are bothering to flatter me, even though they really don't have the opportunity to know if I've been fine, but Google thinks we should stack the odds a little, just in case. Alexa, meanwhile, is not here to give me false hope – this is something between me and Saint Nick.

All the smart speakers are quite concerned about maintaining the Santa myth, but Google Assistant, by virtue of its North Pole / Saint Nicholas slip-up, is the most truthful smart speaker.

Siri, on the other hand, is by far the most deceptive. Apple's digital assistant is heavily invested in holding up the charade, claiming he can see his house from the cloud acting as if Santa's existence is a shameful crime. But Siri was also the most prepared for Christmas issues and the fastest to answer.