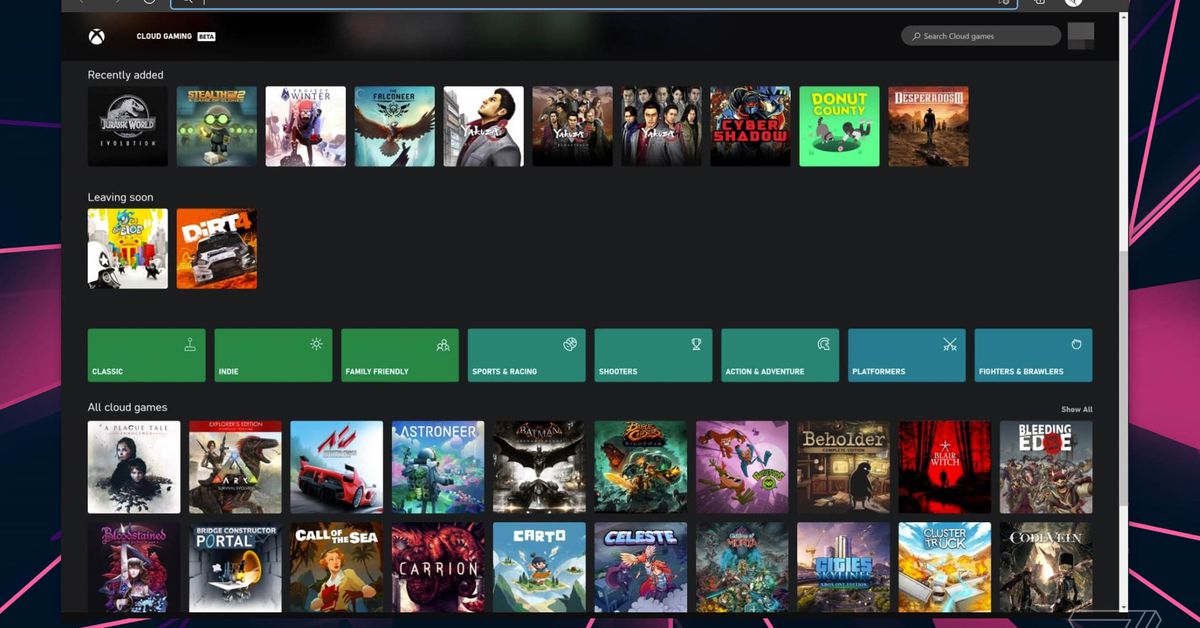 Microsoft has begun testing its xCloud game stream through a web browser. Sources familiar with Microsoft’s Xbox plans tell The Verge that employees are now testing an online version of xCloud ahead of a public preview. The service allows Xbox players to access their games via a web browser, and opens xCloud to work on devices such as iPhones and iPads.

Similar to how xCloud currently works on Android tablets and phones, the online version includes a simple launch app with game recommendations, the ability to resume recently played titles, and access to all the cloud games available through Xbox Game Pass Ultimate. Once you̵

It is not immediately clear what resolution Microsoft streams games via this online version. The software maker uses the Xbox One S server blade for its existing xCloud infrastructure, so full 4K streaming will not be supported until the backend hardware is upgraded to Xbox Series X components this year.

Microsoft plans to wrap this web version of xCloud into the PC version of the Xbox app on Windows 10 as well. The web version currently seems to be limited to Chromium browsers like Google Chrome and Microsoft Edge, much like Google’s Stadia service. Microsoft is planning a form of public preview of xCloud via the web in the spring, and this broader internal test signals that the preview is approaching.

The big drive behind this web version is support for iOS and iPadOS hardware. Apple imposes restrictions on iOS apps and cloud services, and Microsoft could not support the iPhone and iPad when it launched xCloud in beta for Android last year. Apple said Microsoft had to submit individual games for review, a process that Microsoft labeled a “bad experience for customers.”