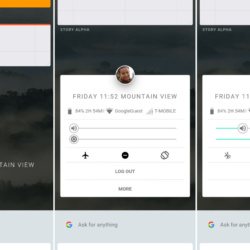 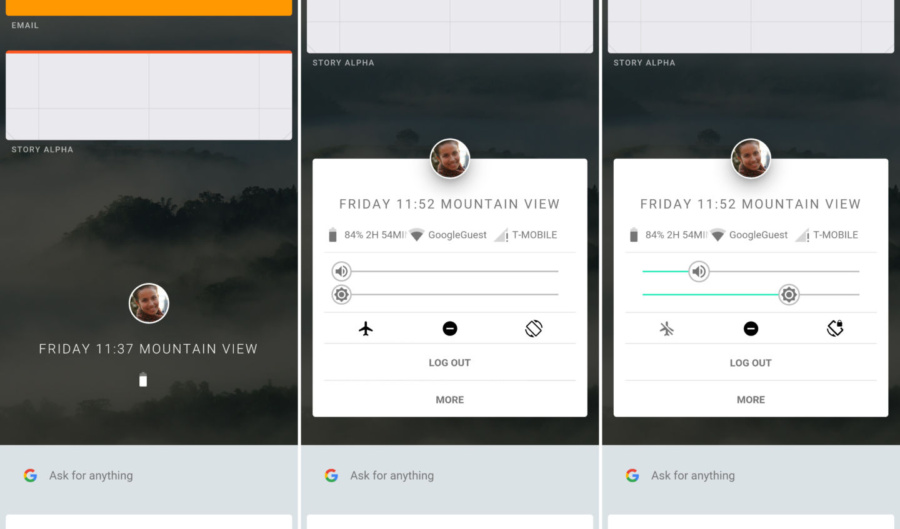 In a small update to part of their Android Open Source Project repository, Google has clearly confirmed that their booted Fuchsia operating system will be able to run Android apps, and that's a big deal.

Fuchsia was first introduced over two years ago in August 201

6, at least in a public Github repository, and the instantly lit enthusiastic world on fire; Can Google Really Develop a New Operating System – Right from the Basis and Written in the Company's Own Dart Language – to Replace Android and ChromeOS and Unite the Mobile World?

Hype quickly died down though, as there was little to continue and nothing to look at or play with in this new operating system – yet.

Nine months later, in May 2017, fire of intrigue was revived when "Armadillo," a new visual interface, was discovered added to the Fuchsia code base. This user interface, shown above, integrates a custom material design into a whole new edition of a mobile user experience, which included settings and information, as well as all apps – visualized as small windows instead of icons – on a continuous vertical side. Apps can be opened, but all were just interactive images of Android apps. This interface is not necessarily relevant anymore, but as Google's Fuchsia team removed Armadillo from the repository just a few days ago, in the declining days of December.

Today, however, 9TO5Google has noticed that in their Android Open Source Project repository, Google has added a readme that explicitly confirms the previously suggested ability to build Android apps for the otherwise completely separate Fuchsia OS: [19659006] ### Fuchsia Device Targets

These goals are used to build ART for Fuchsia.
They differ from regular Android devices that they do not target specific hardware.
They will produce a fuchsia package (.far file).

Although it is unclear exactly how this compatibility will work, it's big news, as it basically confirms that Google is planning to replace the core Android OS with Fuchsia (possibly still labeled as Android) and that means if And when Google switches to this new operating system, they won't leave their well-established Android app ecosystem behind.

With the Fuchsia OS, built from scratch, designed for mobile and the type of graphics it displays, it has the potential to enhance the user experience and finally solve the issues associated with current Android, such as update fragmentation.

So this Android app support, as well as the fact that third parties like Huawei are already testing Fuchsia on their own device (s), it is very possible that we could only see the next generation of mobile software and experience released in just a few years and I can't wait.