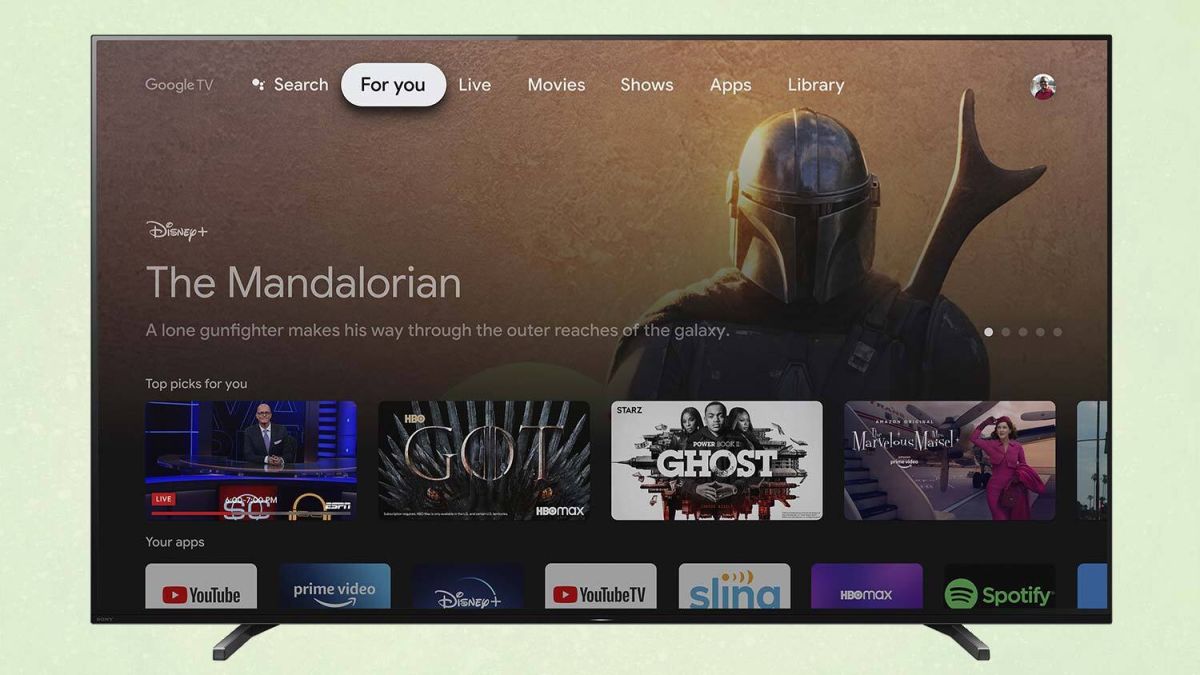 Smart TVs from Sony, TCL and a handful of other brands will look a little different in 2021 when companies switch from Android TV to Google TV. But why the change? What is different about the new Google-branded platform?

While Sony’s smart TVs are most visible for switching, they will not be the only ones. Other Android TV manufacturers are also switching to the newer Google TV platform, as Google updates all of its TV software offerings.

So what is Google TV, and why do you want it on your smart TV?

What is Google TV?

Google TV is the latest version of Google̵

7;s smart TV platform, formerly known as Android TV. In some ways, the transition to Google TV is simply marked, since the underlying Android software is still what makes everything work.

That said, there are several changes that come with the new Google TV name that are more than skin deep. With updates to the look and feel of basic interface elements, such as the home screen, and improved communication between TVs, smartphones and other devices, Google TV can feel like a big change from what you were used to with Android TV.

And if you think “Have I not heard of Google TV before?” you are right. Google TV was the name of Google’s first attack on smart TVs and set-top boxes back in 2010. (Remember Logitech Revue?) Everything old is new again.

Google has had a hand in the smart TV and streaming worlds for years, with Android, Chromecast, YouTube and TV and movie content in the Google Play Store. But these different pieces of software and hardware have never been a cohesive whole. In the early days of streaming and smart TVs, it made sense, and Google had room to try different things and experiment. But today’s TV landscape is far more established, and Google TV is part of a pressure to consolidate these different experiences into something more cohesive, as the streaming world has become commonplace.

Google TV combines several of these elements. It’s the main interface for new Chromecast devices and now smart TVs. You can add items to your watchlist from your phone, share content between devices more easily and have a more personalized experience. And by integrating more closely with Google’s own paid TV service, YouTube TV, Google wants to establish itself better as the complete solution for modern TV viewing.

Over the next couple of years, you can expect everything Android to switch to Google TV, whether it’s smart TV, digital box or streaming stick.

What is different from Android TV?

While the move to Google TV is as much a name change as anything else, several experiential and functional changes have been made to Google TV that make it different from any version of Android TV that came before. The biggest changes have to do with user interaction, search and sharing of information between devices.

We saw our first real look at the Chromecast interface with Google TV Review. The main interface has been cleaned up a bit, with dedicated tabs for live TV and a “For You” tab that puts all your recommendations in one place. Other tabs provide quick access to movies, shows, apps, and your library of purchased and rented content.

The home screen has also been changed to prioritize content recommendations from your favorite streaming services. Hopefully, that means more show suggestions for you to see, and fewer ads for services you might not want to pay for.

You also get more curated suggestions for live TV deals, whether it’s over-the-air programming or a live TV service like YouTube TV.

There is also a new “watchlist” that allows you to bookmark shows from different apps to watch later. This is a persistent list that syncs across different devices, so you can add titles to it on your phone, browser, and other devices that allow you to sign in to your Google Account.

Google Assistant is right up your alley as voice interaction gets better support. On TVs with remote field microphones (which include multiple Sony TVs), this means you can use voice search hands-free and use your Google-powered smart TV much like a Google Home smart speaker.

It has also improved the integration with all your smart home devices. If it works with Google Home, it also works with your TV. And if you have a device with camera food, like one of best video doorbells, you can see that current on the screen.

What are the benefits of Google TV?

All the things we love about Android TV will still be there on Google TV, including the Google Play Store and its 5000+ apps. It includes all the major streaming services, such as Netflix, Apple TV, Disney Plus and HBO Max.

Search should be predictably good – it’s Google after all – with intuitive voice search that can easily pull up series and movies, or jump to a full web search when needed.

Google TV adds support for multiple user accounts, which means you can have your own bespoke experience on the same smart TV the rest of the family uses. In the words of our own Mike Prospero, “I do not want recommendations for Gilmore Girls, and she does not want the Fast & Furious series appearing on screen.”

There are also child profiles, which allow you to create a child-friendly account on the TV. In that profile you can customize things for your family and endure apps and recommendations that may not be suitable for younger users. It even allows you to set specific amounts of TV show time and have it turned off at the set bedtime.

An added bonus: Google TV will reportedly have a “Basic TV” mode that effectively turns your device into a stupid TV. It shuts off all connected things required for smart TV use – such as an internet connection for streaming, tracking content recommendations and ads, and (because the internet connection is lost) disables Google Assistant. All you are left with will be live TV via a TV antenna or cable, and external devices, such as media players and game consoles connected via HDMI. Even the home screen is mostly removed, giving you about as basic a TV experience as you get on any modern TV.

Is there anything wrong with Google TV?

We have not had much chance of using the new Google TV software, so there is a lot we do not know yet. Chromecast users have reported a few bugs, such as apps not launching properly and searches being a bit clumsy, but we need to see if that’s still the case when the first Google TV smartphones come in for testing.

Other than that, the biggest problem with this Google TV change may simply be that it’s confusing. The new Google TV is not the old Google TV, and it replaces Android TV while still being pretty much Android TV in anything but name and logo. In a product category that is so filled with jargon and brand features and invisible specification lists, simpler is usually better.

The good news? It seems to be Google’s ultimate goal with Android to Google TV change – a simpler, more coherent approach to TV and streaming. It can only take a couple of years before everything is on the same page.

Is Android TV still on?

The answer is “Kind of.” Technically, Google TV is built on the basis of Android TV, so Google TV is as much a new brand as anything else. That way, Android TV doesn’t really get anywhere.

Older Android TVs – those using Android 9.0 or earlier – will still use Android TV in much the same way as they always have. However, some newer Android sets, from 2019 and 2020, may be upgraded to a slightly different version of Android, one that is designed to look and feel more like Google TV.

It’s mostly just a matter of whether your TV will be updated to a fresher version of Android. Some manufacturers will be quick to squeeze out updates, others may not even get to it. If you have an older Android-based smart TV or Android TV streaming stick, you can disable automatic updates to prevent the new interface from appearing.