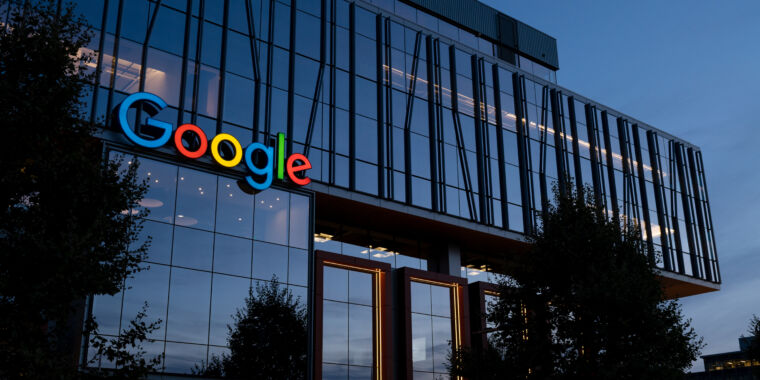 Google is reportedly promising to change the procedures for research this year in the AI ​​division in an apparent attempt to restore employee confidence in the wake of two high-profile layoffs of prominent women from the division.

; and investigate criticisms of Google’s own business operations.

By the end of the second quarter, the approval process for research articles will be more smooth and consistent, division manager Maggie Johnson reportedly told employees at the meeting. The research team will have access to a questionnaire that will allow them to assess the projects for risk and navigate the review, and Johnson predicted that a majority of the papers would not require further control by Google.

Johnson also said the division is bringing in a third-party firm to help it conduct a race impact assessment, Reuters reports, and she expects the assessment’s recommendations to be “quite harsh.”

Google landed in hot water in December after its abrupt launch of Timnit Gebru, a widely respected researcher who had been co-leader of Google’s AI ethics team. Gebru was a co-author of a research paper that looked at potential risks of bias in large-scale natural language modeling. The newspaper analyzed not only the social risks of such work – including unintentional perpetuation of racism and bias – but also some physical risks, such as increased energy consumption that could exacerbate the climate crisis.

People above Gebru in the chain on Google blocked her from publishing the newspaper, instead asking her to withdraw it or remove her name. She declined, sending an internal email to the team describing the decision as part of a sweeping stance on Google to curb marginalized voices, including women and coloreds. (Gebru is black.)

Co-author Emily Bender told the Financial Times at the time: “It looks like someone at Google decided this was detrimental to their interests.” Gebru was away from the company within a few days.

Gebru’s firing was controversial among Google employees from the moment it happened. Many of the employees who started a union in the company in January cited the handling of Gebru and her shooting as a last straw.

On top of that, Google abruptly fired Margaret Mitchell last week, who together led the ethics group with Gebru for about two years. Mitchell was also a co-author with Gebru on the paper that led to Gebru’s firing, and she published an open letter in support of Gebru at the time.

The paper (PDF) that requested the departures has since been published with both Gebru and “Shmargaret Shmitchell” listed among the authors.