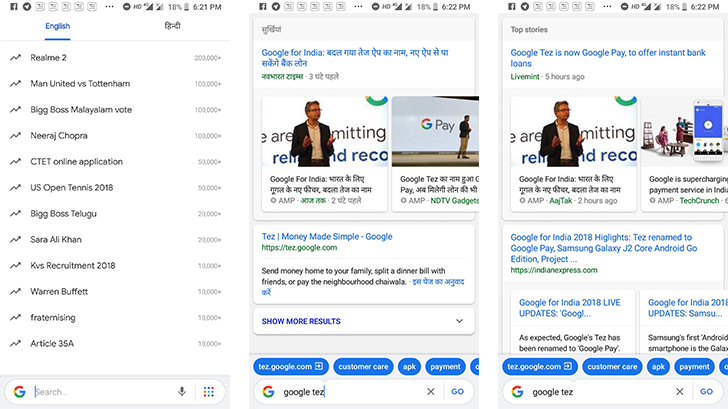 Google has a massive user base in India, but until recently there has been a lack of Google products that support Indian languages. At this year's Google for India event, the company announced that it takes steps to correct it.

The company notes that the number of Indian language users online is expected to reach 500 million in the next two years, revealed

The Mountain View-based company also says it is working to bring more Indian language content online with a new project called Navlekhā (derived from Sanskrit for "a new way of writing"). According to Google, the amount of online content in Indian languages ​​is only 1

percent of what is available in English. The solution to this problem is to provide printed publications with an AI tool that makes Indian language PDF files for editable text, including incentives for digitizing.

In addition, the most spoken Indian languages ​​will be supported by Google Gos's new feature for listening to webpages, including Hindi, Bengali, Malayalam, Marathi, and Tamil. Google promises that the read-out service will be able to read billions of websites in a smooth, naturally sounding voice, even at 2G.

Although it may seem like a surprisingly large number of announcements, these changes are just reasonable and in many cases probably seem delayed for those living in India. The South Asian country is one of Google's largest markets, so it's only appropriate that it serves Indians in their own languages, focusing on providing relevant content to those users.