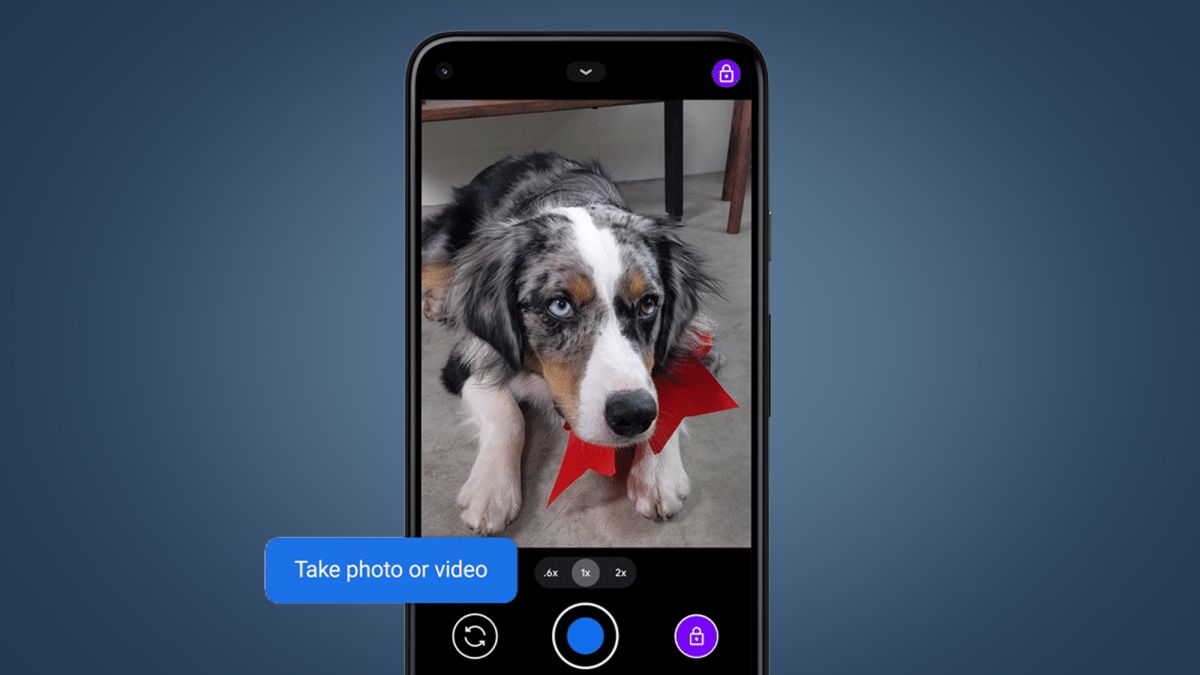 A few weeks ago, Google announced a handy new ‘Locked Folder’ feature for Google Photos – and now it’s explained a bit more about how it’s going to work, as it’s starting to roll out on Pixel phones.

The ‘Locked folder’ feature allows you to store snaps in a password-protected room, where they can rest safely from the prying eyes of anyone browsing your Google Photos feed.

Initially, the feature will be exclusive to Google Pixel phones, but Google has said that it will come to “more Android devices throughout the year”. So how easy will it be to add snaps to the locked folder?

The gif below shows it in action for the first time. Slightly counterintuitively, you have to choose to save an image in the locked folder before taking it ̵

1; to do this you can just tap the ‘folder’ icon at the top right of the Android camera app and then select Locked folder.

Once you have taken the picture, you can preview it to apply the changes, move it or delete it. But once you’ve pre-selected the location, it’s automatically tucked away in Google Photos’ private folder.

How do you view it along with all the other images in the locked folder? Just tap on the ‘Gallery’ icon at the top right, then go to ‘Library’, followed by ‘Tools’. Here you will find the new option “Locked folder” – once you have hit it, just enter the phone’s password, then you can see the rest of your private snaps.

Although we are not sure what the dog above has done to deserve to be stashed in the locked folder, it certainly looks like a practical new feature – albeit one with some limitations.

As Google confirmed in its new post on the feature, all photos with a locked folder are stored locally on your phone and are not backed up. On the plus side, this means that it is not possible for them to appear in Google Photos Memories, shared albums or other apps.

But unfortunately for those who were hoping for a cloud-based private folder for Google Photos, these photos will not be backed up anywhere – so if something happens to your phone, you may well lose them.

Also, if you move existing photos or videos to the locked folder, Google says that “cloud backups of these items will be deleted”. This makes sense from a privacy perspective, as cloud backups always have an element of vulnerability, but it’s worth keeping in mind if you’re hoping to keep those private snaps safe.

On the back, moving specific snaps to the locked folder will only affect the file in question – so if you’ve made any copies of it before, make sure there are no other versions of it lurking in your Google Photos library that could destroy that engagement ring.