Google Maps can finally show how much your toll will cost 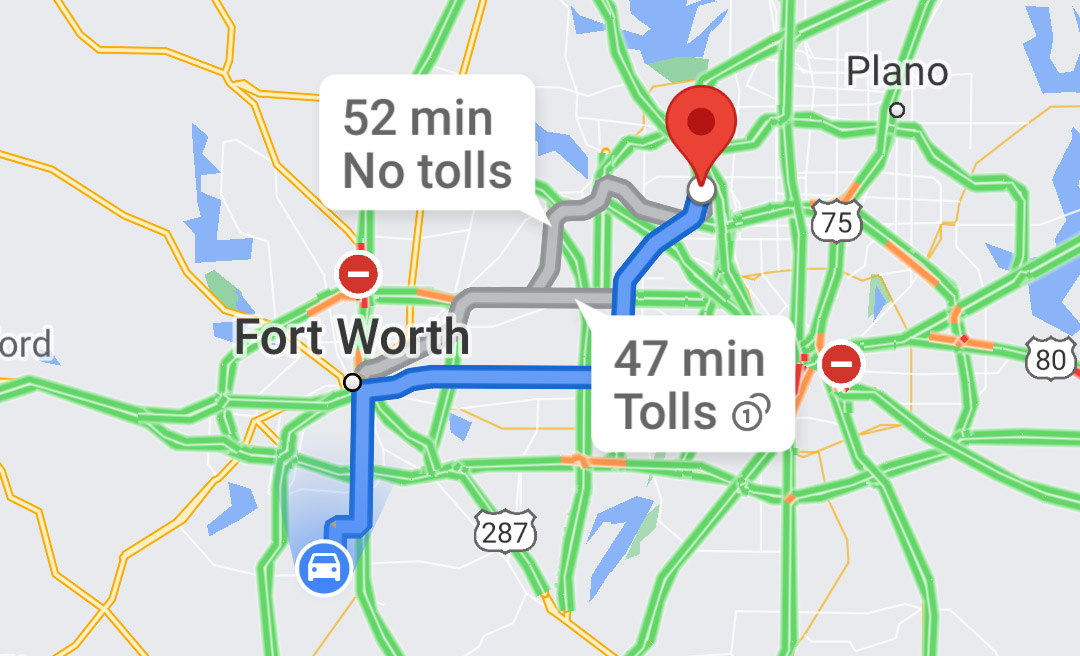 Google is constantly adapting its Maps application to make it more useful for users (and admittedly all the businesses that pay to advertise in the app and online). According to a message sent to members of the Google Maps preview program, the next major feature to be added will be the automatic display of toll rates on roads, bridges and other potentially expensive additions to your navigation route.

The confirmation came from a member of the preview program who was instructed to take a survey to lead the development team to Maps on how the feature can best be implemented. According to the message, toll prices and perhaps totals will be displayed along a route before the user selects it, so that they can choose between saving time or money.

Google Maps is currently identifying the presence of toll roads, both on the general map and in navigation routes (see above). But specific tolls are not currently in the app, not even for members of the preview program. It is possible that Google is transferring another feature from Waze, a mapping app it bought way back in 2013 – Waze started estimating tolls three years ago. Hopefully it will show up soon, as it can be a great blessing for anyone who has to drive irregular routes or who is trying to get around a new city cheaply.