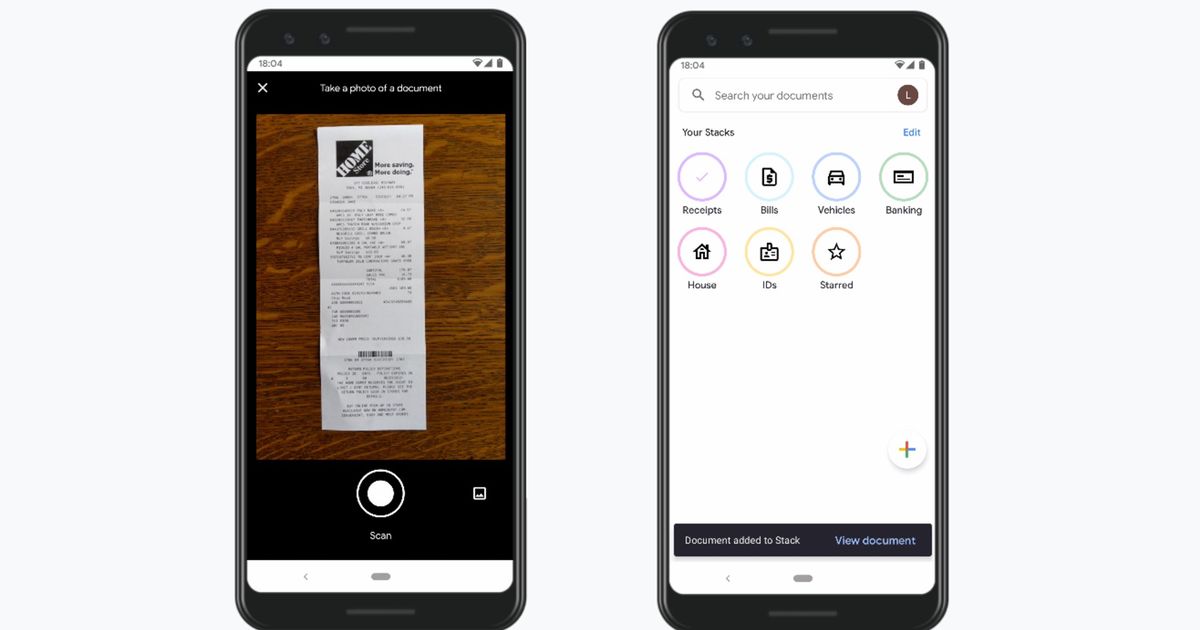 Google’s Area 120 – an internal incubator, where Google engineers pursue their pet projects that sometimes turn into actual products – has launched a document scanner called Stack, and it may just be one of the best such apps out there.

Like most document scanners, Stack uses the phone’s camera to scan a document, such as a receipt, invoice, or bank statement. However, the app also reads some of the key data from your document – such as the total amount on a bill – and then organizes the scanned documents into folders.

These folders, called “Stacks”, are marked as different categories, such as receipts, bills, vehicles, houses, IDs, etc. You can also mark a document as the star mark, which will put it in a separate stack.

Finally, Stack lets you search the full text of your scans, and it can also back up all your scanned documents on Google Drive.

Stack is not the only document scanner out there; I have used an app called CamScanner, and on iOS there is a document scanner built into the Notes app. But free scanning apps usually leave a watermark on your documents (and require you to upgrade to a paid version if you do not want it). Stack seems to have a pretty good combination of key features and Google integrations you need without being too bloated.

Stack is available for free on Android, but only in the US so far. There is no word on when it may become available globally.